In 1973, the mayor of Logroño, Narciso de San Baldomero, wrote to architect Rafael Moneo to inform him that he had been chosen to build the new Logroño City Hall, especially because his project for the Amsterdam City Hall competition had impressed the municipal technicians. Begun in 1976 and completed in 1981, this work was intended to give the people of Logroño a town hall in line with the recently-established Spanish democracy. Indeed, it sought to be a fragment of the city, not merely a symbolic building. The project was to be strategized from the point of view of city architecture. The auditorium’s unique arcade offers an unexpected view of the oblique plaza in front, from which one can see the School of Arts and Trades. The plaza reflects the diversity of the program, with one of its two unequal sides dedicated to politics, and the other to administration and services. The Salamanca sandstone pilasters and the light metallic columns emphasize this desired difference. Logroño’s City Hall is a good example of the prevalence of Rossian ideas during that period, underlining the continuity between architecture and the city, but it also shows how much Rafael Moneo owed to Gunnar Asplund and other Scandinavian architects from his Nordic experience, especially in the building’s openness. Without rhetorical and monumental gestures, it is accessible to anybody from any approach.
Rafael Moneo 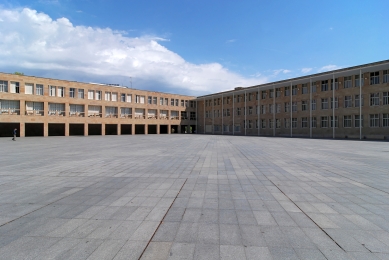 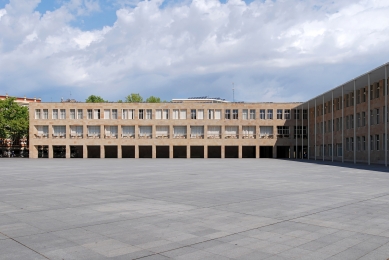 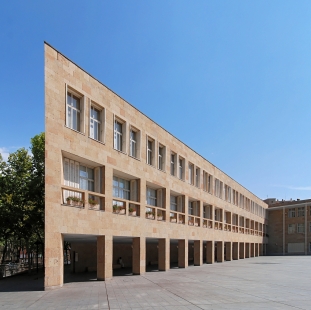 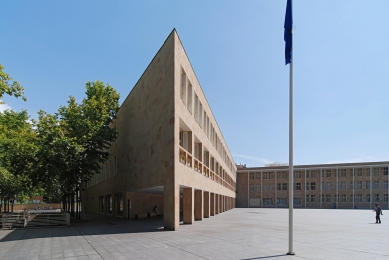 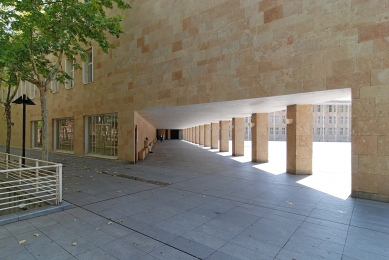 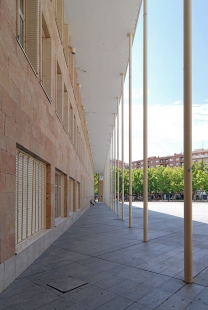 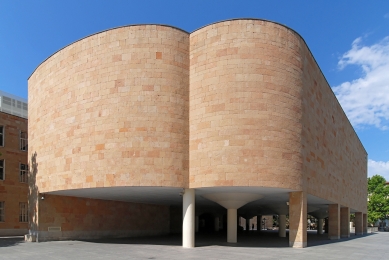 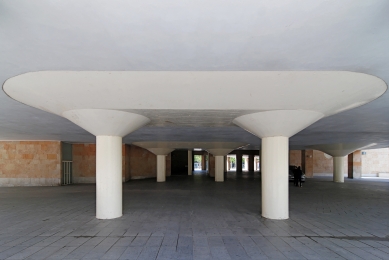 Museum of the Roman Theater of Cartagena