In 1979, just a year after founding their practice, Herzog & de Meuron won a competition to design a public swimming pool for the Swiss municipality of Riehen. After developing several unrealized iterations over the following years, the project was put on hold indefinitely in 1982. Twenty-five years later, in 2007, Herzog & de Meuron were commissioned to rethink the project and proposed to abandon the conventional pool concept with its mechanical and chemical water treatment systems in favor of a pool closer to natural condition with biological filtration.
Understood as a bathing lake, Naturbad Riehen was modeled after the natural pool on the local “Badi”, Basel’s traditional wooden Rhine-side baths, which combine a lively atmosphere with a timeless appearance.
Planted filtering cascades purify the water and define the soft edge of the lake, as the site’s southern perimeter opens up to the river, bounded only by a green hedge. A multi-functional timber wall, that offers a 200-meter long sheltered solarium with recliners, shields the site on the north and west from the adjacent roadway as it connects to an entrance on the east that provides support amenities.
The biological water treatment basins – the non-mechanical “heart” of the baths – are embedded in the sloping landscape on the opposite side of the road. Together with various leisure facilities provided here, they form a recreational area open the whole year round to the municipal population. In terms of ecological cleaning capacity, the baths are designed to accommodate 2 000 bathers per day. 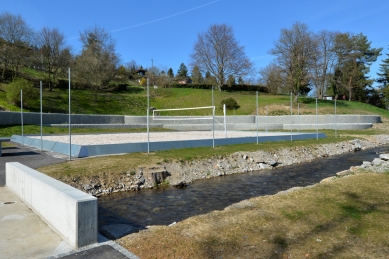 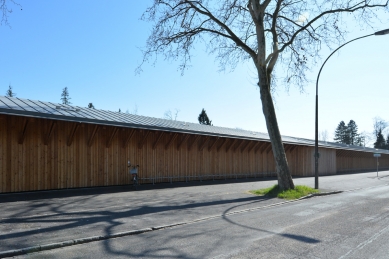 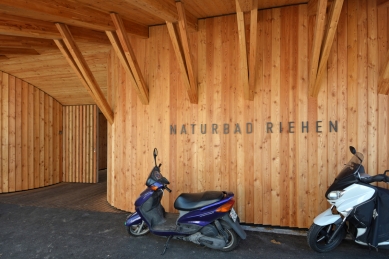 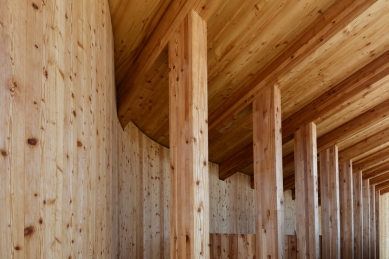 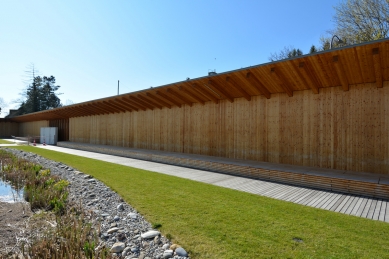 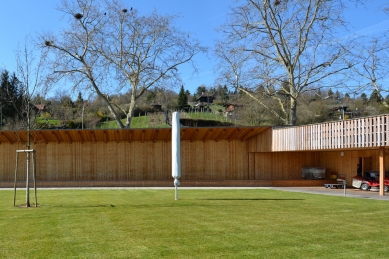 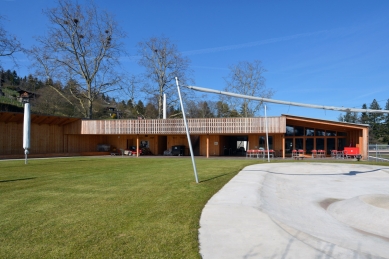 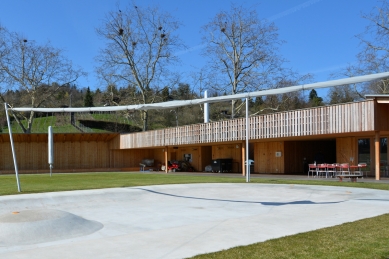 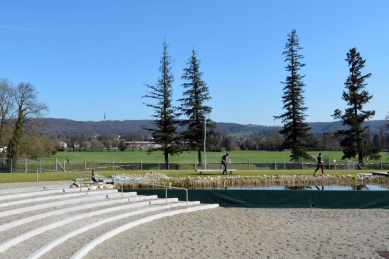 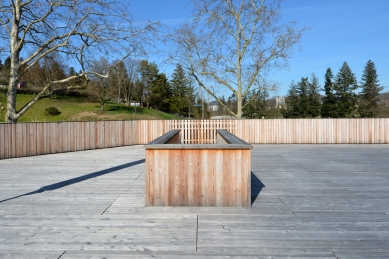 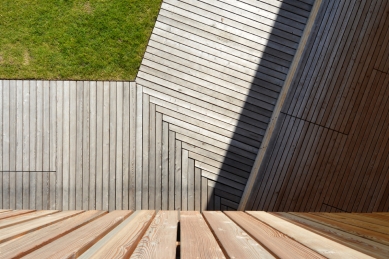 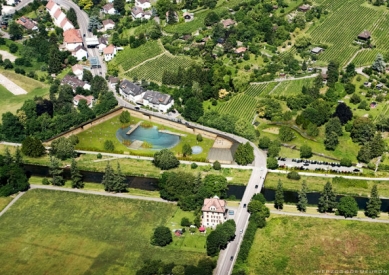 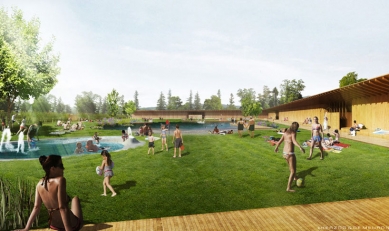