The site locates on mountainside of Izu-san, where Pacific Ocean can be looked down on the south. The untouched wilderness, covered with deciduous broad-leaved trees such as cherry trees and Japanese oaks, gives little level ground. But we saw faint glimmer of architectural possibility along the ridge. The architecture would be used as villa for weekends.
I didn't want to just form the undulating landscape dotted with great trees as normal, nor design an elaborate architecture bowing down to the complex topography. What sprang to my mind is a blueprint for an architecture which is perfectly autonomous itself, at the same time seems to emerge as an underlying shape that the natural environment has been hiding. It's abstraction of nature, to say.
The architecture was realized by crossing two rectangular parallelepipeds at very right angles. The lower one contains private rooms and bathroom, and sticks half of the body out to existing narrow level ground. The upper one incorporates salon and kitchen, and lies astride the lower one and the mountain ridge. It almost seems like an off-centered cross pinned carefully on natural terrain.
One axis of the cross stretches toward the Pacific Ocean on south, and the other, the forest of Japanese oak and some white birch on west. The rooms in the lower structure and terrace on it enjoy broad vista of the sea and blue sky. And gentle shade of natural forest embraces the space in the upper one. Water-polished white marble (cami #120) was chosen as interior finishing material. It glows softly like Greece sculptures to blend blue light from the south and green light from the west gradationally, thus creates delicate continuous landscape of light which suggests the character and usage of the space. Exterior is also finished with white marble. The surface get smoother as it approaches to the southern/western end till it takes mirror gloss (cami #1000) at the ends. The southern end of white cross melts into the blue of sky and sea, and the eastern end to the green of forest.
Abstraction is nothing to conflict with nature here.
Carved out of nature, it never stops being a part of nature itself, however highly abstracted. Never relativizes the nature with its foreignness, nor generate contradiction to settle for being "artificial nature" by giving up being abstract and mimicking the nature.
The abstraction inspired by Mother Nature defines the nature itself, and still, stays natural.
That's what I wanted from this abstraction and architecture. 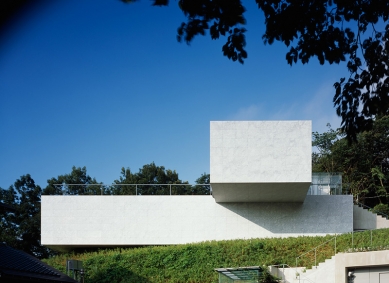 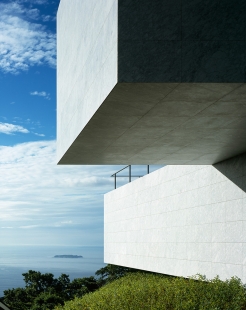 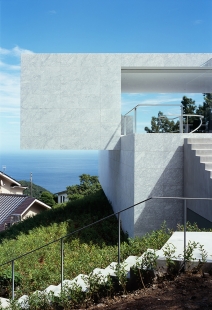 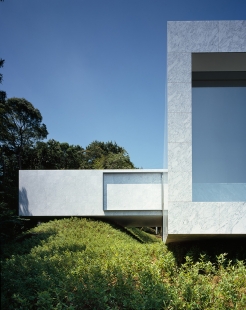 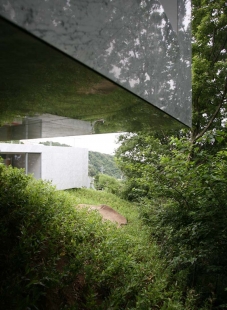 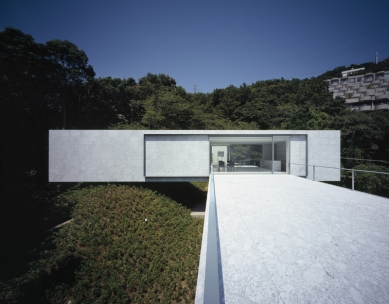 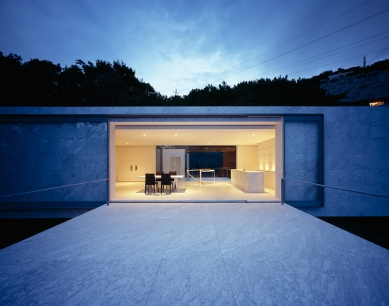 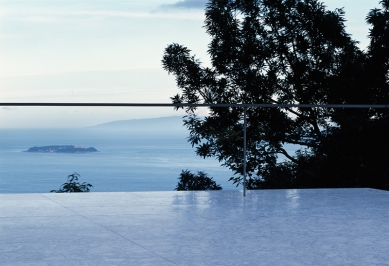 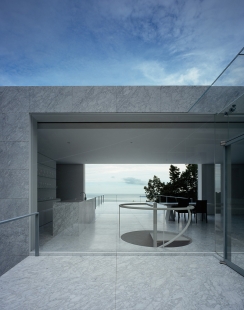 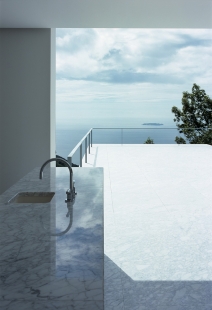 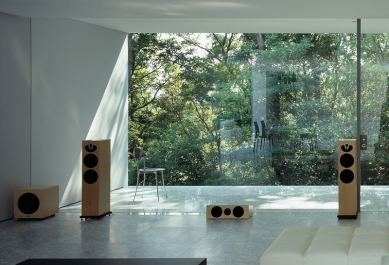 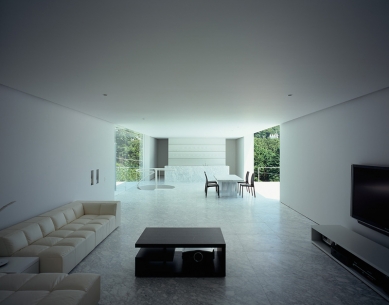 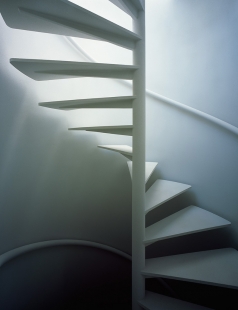 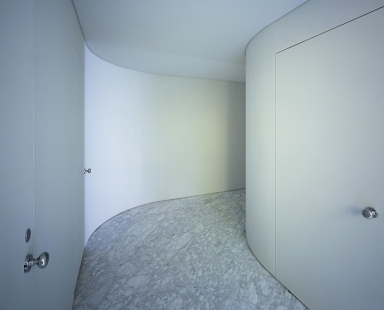 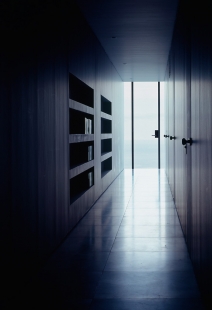 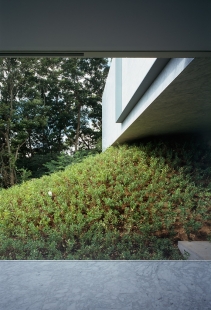 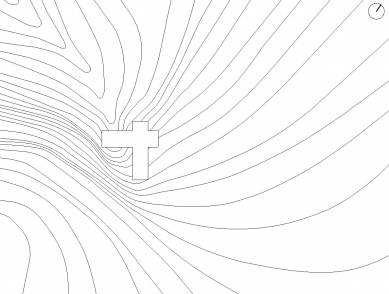 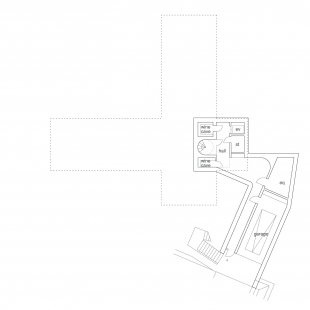 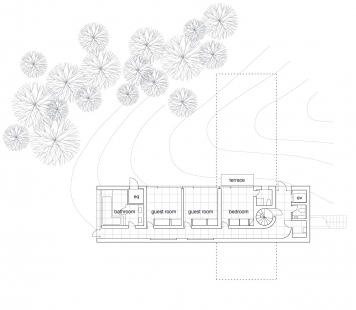 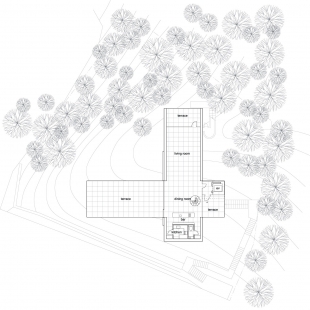 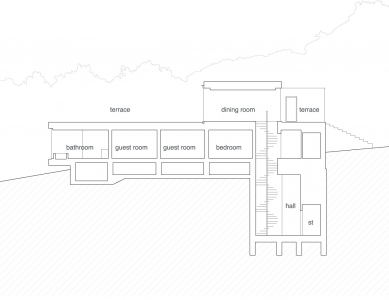 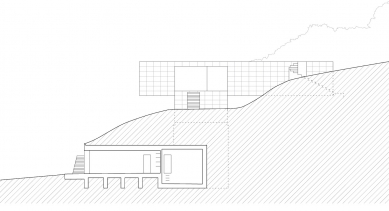 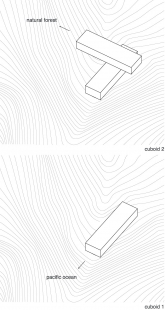