Much of today's Plaza de España and the cargo docks of the Muelle de Enlace is reclaimed land anchored in the steep drop of the Atlantic Coast. Anything that is constructed there is essentially an additional crust, a new layer superimposed on what is for the most part landfill. The Plaza de España crust has the appearance of artificial nature, echoing physical phenomena like the erosion and eruptions that have been so instrumental in shaping the bizarre forms of the Canary Islands. The primary design element on this new Plaza is a single circular water basin, a huge wading pool for young and old, with a geyser like fountain in the middle. A variety of historical architectural styles circles this huge water basin, which was erected on the foundations and surviving walls of the former "Castillo." The graphic motif on the bottom of the pool reproduces the foundations of the old castle. Landscape fragments are added to the typology of this new public space. Four pavilions, containing tourist information, retail, a café and access to below ground parking, are nestled in the Plaza's crust. Different in shape, they all share a more or less remote resemblance to natural forms without imitating them. 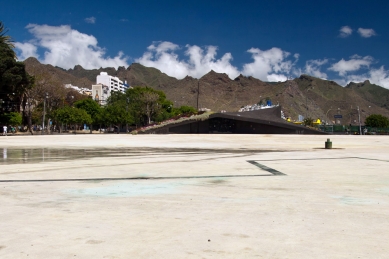 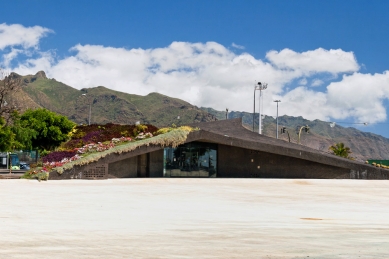 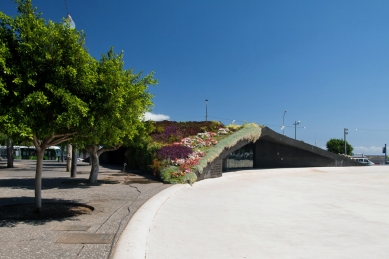 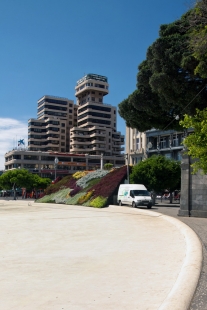 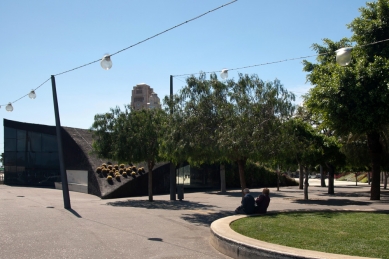 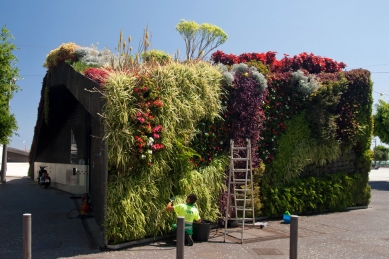 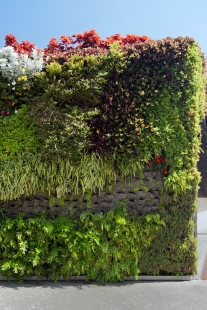 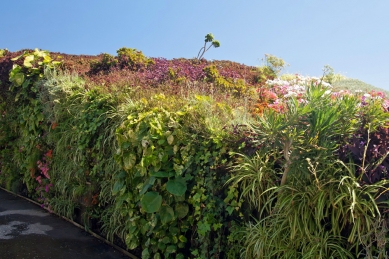 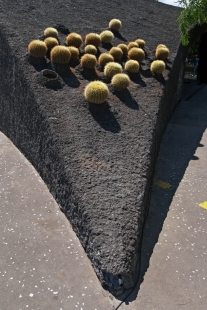 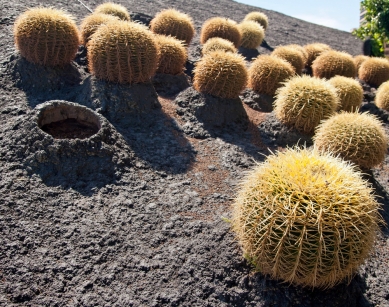 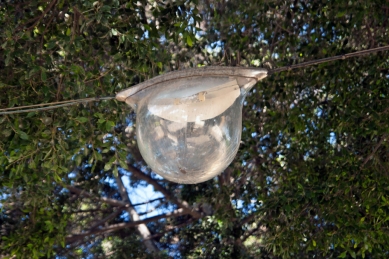 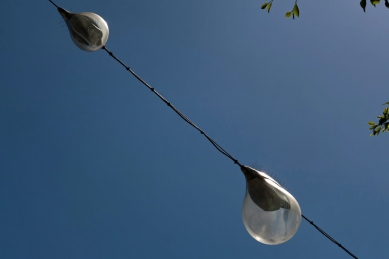 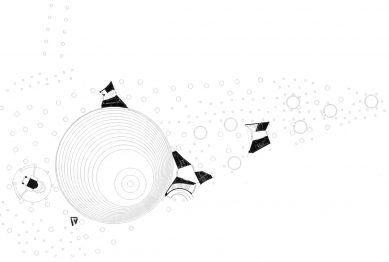 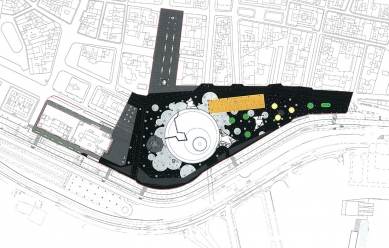 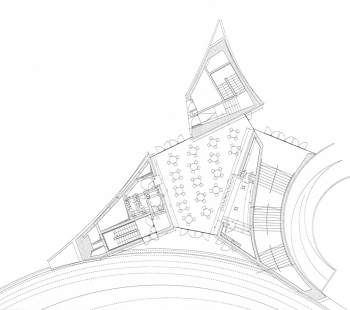