Parkside Apartments are so named due to their exclusive location directly on the Tiergarten park in the centre of Berlin. The ten-storey apartment building forms the northern border of a new hotel, office and residential development – Beisheim Center on Potsdamer Platz.
The building accommodates 36 apartments, ranging from 150 m² to 300 m². The high degree of flexibility in the design of the floor plans – spanning traditional to flowing room concepts – forms the basis for all apartments, as does the constant presence of the surrounding green space.
All apartments have balconettes and generous loggias. The 9th floor apartments are maisonettes, the upper floors of which provide access to the roof terrace with its far-reaching views over the Tiergarten park and the city of Berlin.
Public facilities such as cafes, restaurants and shops are located on the ground floor. The main entrance to the apartment block is located in the centre of these facilities. On entering the building via a stone clad hall, one reaches the lobby with views of the private landscaped garden through generously proportioned windows. The lobby provides access to the individual apartments via lifts and stairwells.
The facade, composed of large, irregular, roughly sanded stone slabs, gives the building a monolithic, solid character and thus adopts the solidity associated with historic Berlin. The solidity is supported and broken by the French windows, which structure the facade into modules. Together with the balconettes, they create the freely composed impression and plasticity of the facade. 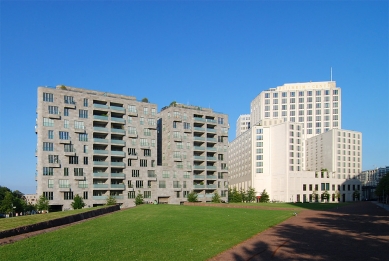 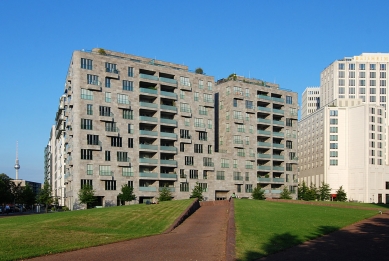 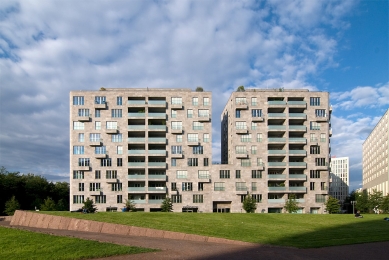 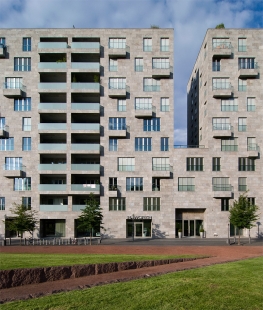 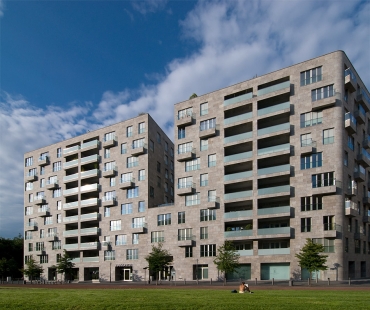 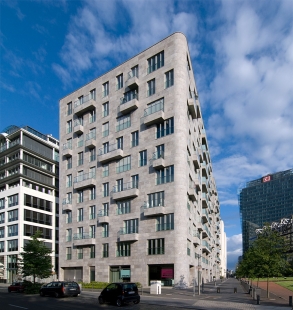 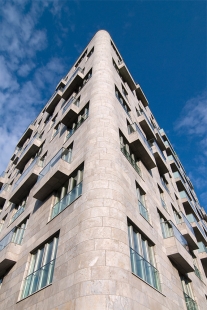 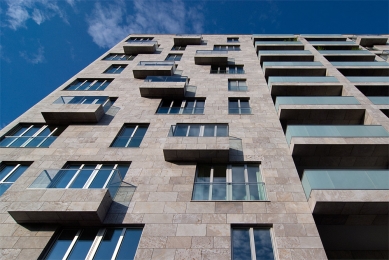 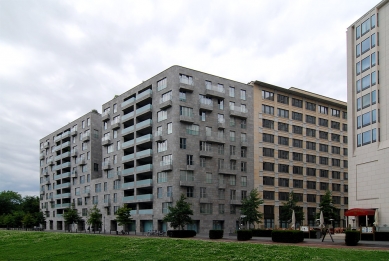 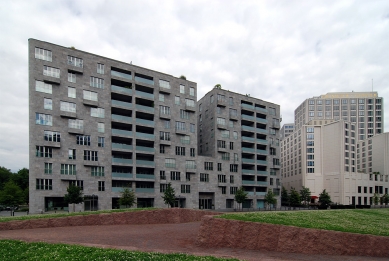 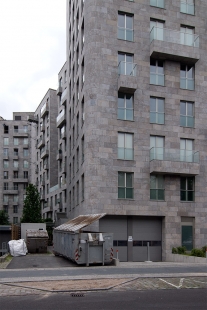 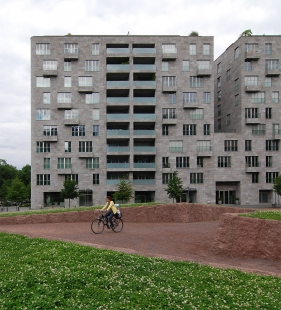 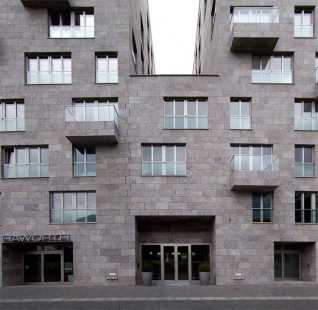 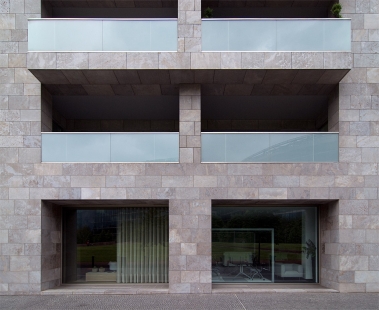 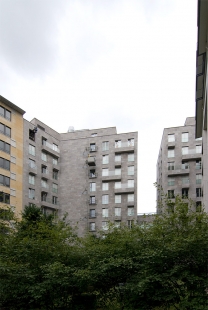 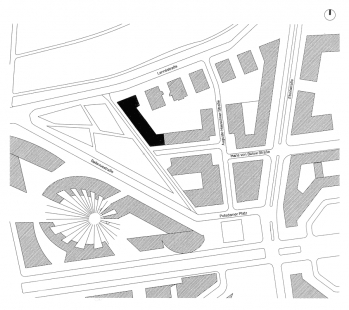 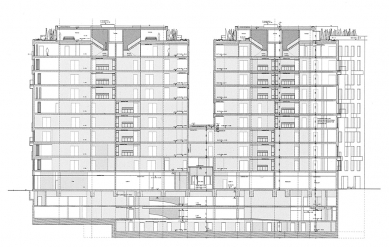 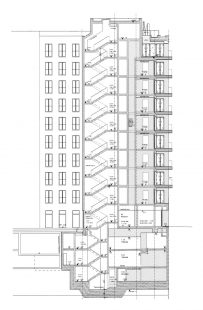