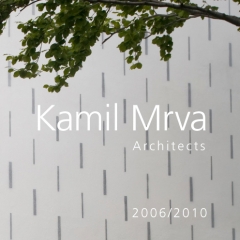 330 Kč
The residential complex of six row houses with 33 flats was designed and realised for the company Slug Finance, which addressed our studio with the intention of building a simple complex of family houses on a greenfield. The land is located in Ostrava between Koněvova and V Korunce streets. Residential housing is spread out on adjacent land. The terrain is slopes slightly, ascending towards the intersection of Koněvova and V Korunce.
The urban design for the whole complex was influenced by the shape and topographical profile of the land and it was based on a rightangle system of roads and buildings in relation to Koněvova street. The land is used in such a way so that the ratio between the built-up and green areas is preserved with respect to the distance from neighbouring plots.
The height of the houses remains constant – two-storey buildings. The additional buildings – covered parking spaces with storerooms and technical rooms – have one storey. The housing complex is divided into six blocks containing two types of two-storey row houses without cellars. Individual blocks are separated with green areas and roads. At the places where pavements intersect, a fortified area is designed to be used as a relaxation and meeting place for the inhabitants of the residential complex.
The architecture of the whole complex follows the history of the Ostrava region. The concept of the houses reflects a certain simplicity and the industrial character of Ostrava, which has no traditional unified urban structure in that area.
The row houses are designed to be made of bricks in combination with concrete constructions. The covered parking spaces are designed in a similar manner. All buildings are covered with flat roofs. With regard to the sloping character of the terrain, the houses and roads are partially located in recesses and partially in embankments, and individual blocks of row houses are situated at varying heights. 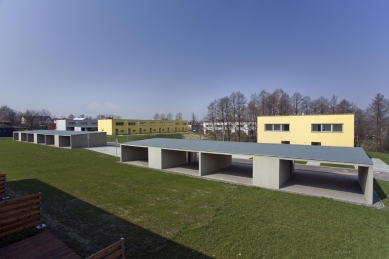 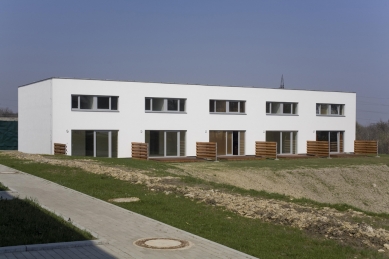 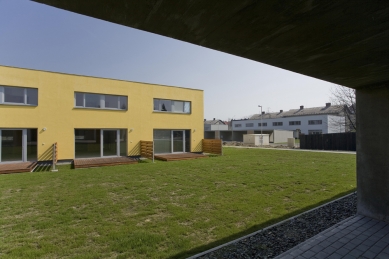 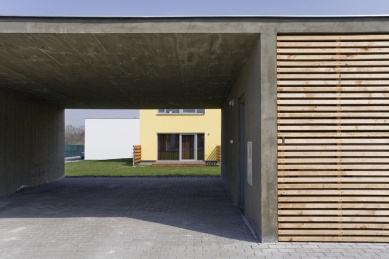 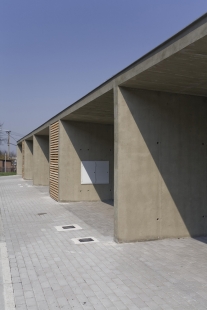 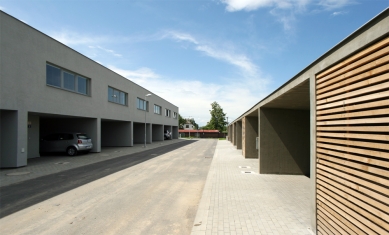 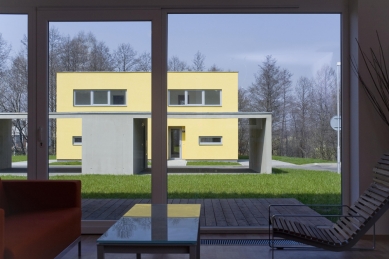 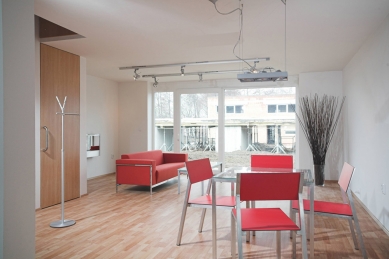 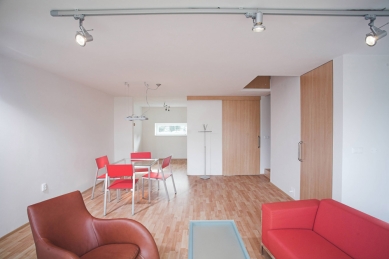 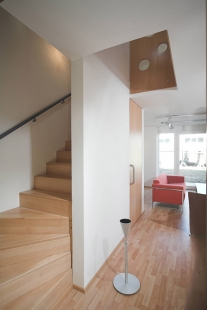 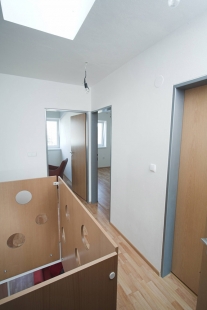 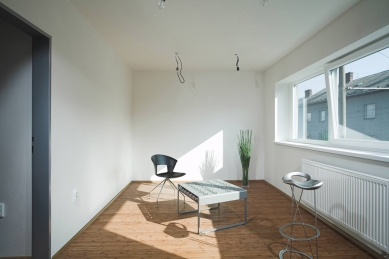 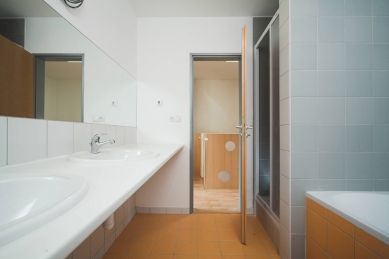 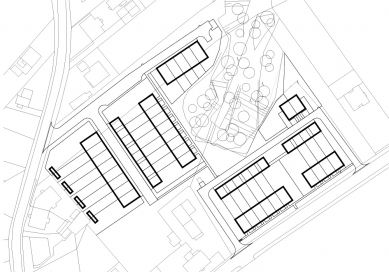 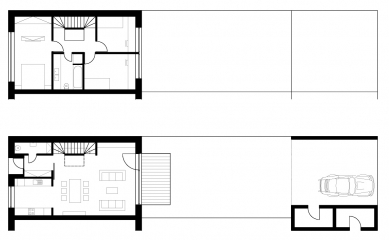 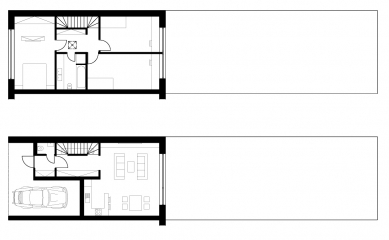 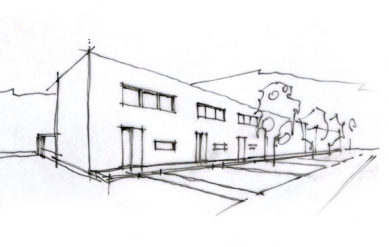