Architect: Gérard Grandval
Address: Rue Ferdinand de Lesseps, Boulevard Pablo Picasso, Créteil, France
Web:www.arpej.fr/residences/residence-les-choux-de-creteil
Project:1966
Completion:1969-74
In this 20-storey residential high rise, the asymmetrical balconies are alternatively connected one to another creating a strong and rather impressive effect, that is highlighted by the position of the building itself on a big avenue and without other buildings around covering the sight. A similar solution was used also for the security staircases on the short sides.
Outside the former Soviet world, in Créteil (a town just outside Paris) stands another example of balconies shaping up in a very curious way the external parts of architectures, in this case with a kind of biological rhythm.
The Choux de Créteil is a large complex listed as heritage of the 20th century by the French Ministry of Culture and made by several 15-storey towers. The architect, Gérard Grandval, originally wanted the balconies to be totally covered with plants and vegetations. That would have given these towers a very different look, but the first developers refused this idea to avoid insects and thinking that the residents would have not care of the plants enough. 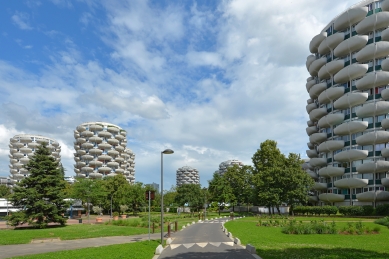 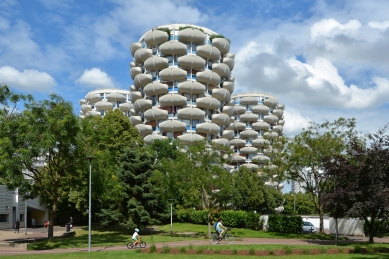 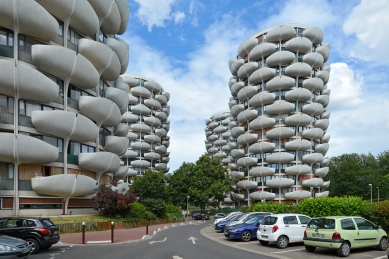 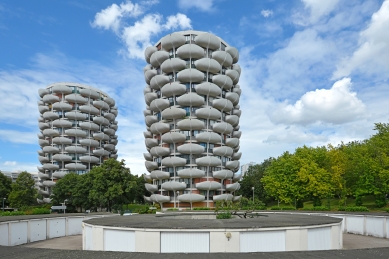 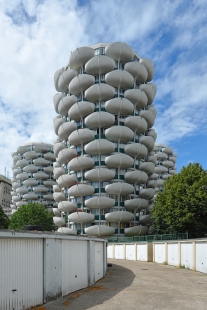 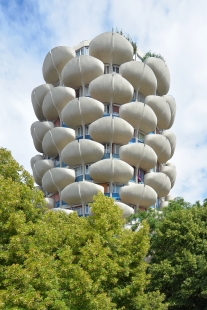 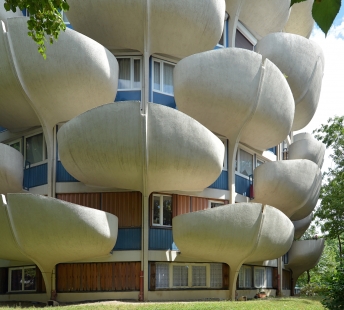 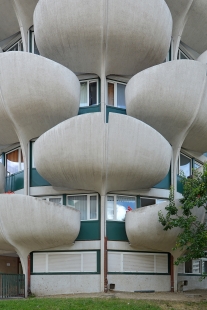 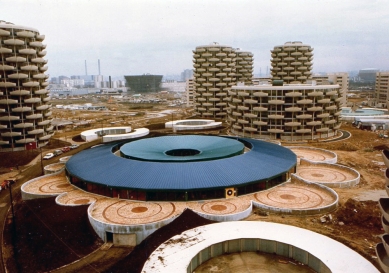 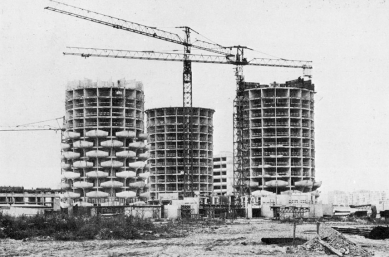 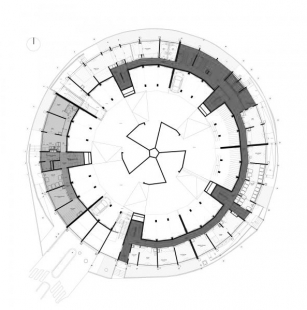 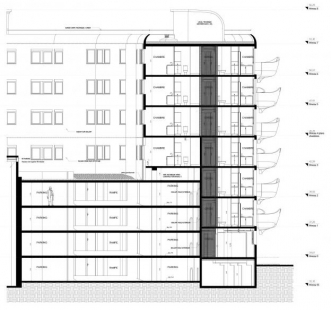