Venice Housing in the ex Saffa area now known as the Cannaregio area designed by Vittorio Gregotti architect in 1981-85 reflecting the dense urban fabric and pedestrian spatial weave of Venetian housing typology. The traditional Venetian wooden roof sunning terrace, known as the Altana, appears along with modest outdoor gardens or terraces.
Site in a corner of the less touristic Venice, Gregotti’s work in Cannareggio is born on the site of a former industrial complex. It’s an housing operation that includes 200 residences and that now, more than three decades after its realization, hosts a second and a third generation of inhabitants, being so well included into the steady urban context.
The touch of the author, where lines and geometries are related to a consolidated and classic tradition is clearly visible. A well-known architectural touch, regular, with iconographic templates well recognizable. Squared shapes, limited volumes movements, squared openings with crossed frame; plasters and clear paintings, few color contrasts, regular and calming configuration, few post-modernist concession. An opera sometimes defined as neo-rational, severe, where despite the fact that it tries to show itself quite adherent to the Venetian urban texture, it does not completely integrate in it: also accomplices the fence walls of the lot, even if not continuous, and the metric of open spaces, at times too broad to be Venetian. n this hortus conclusus, beside the minimum scale of the intervention, it’s possible to perceive Gregotti, but within a “mini-monumental” reality where is missing just the essence of the author: its big-scale dimension. 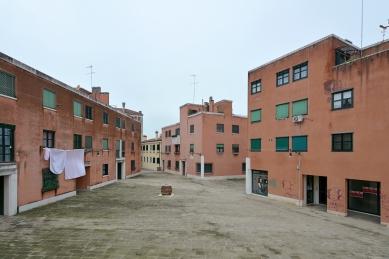 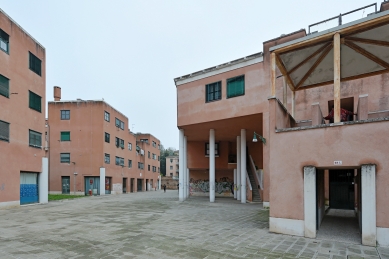 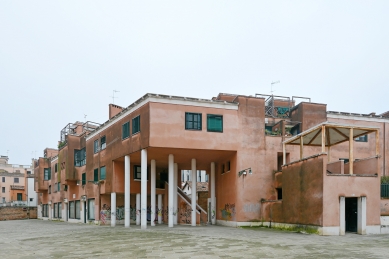 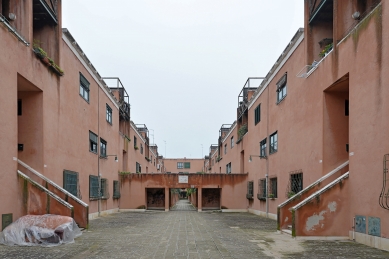 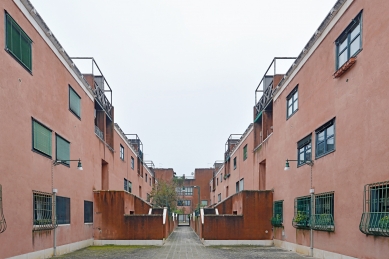 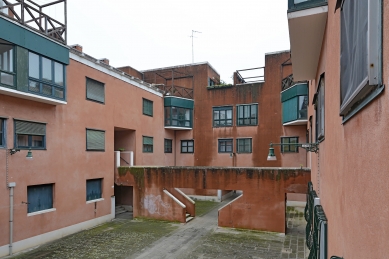 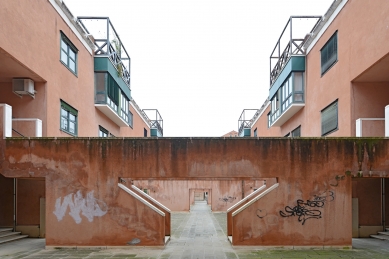 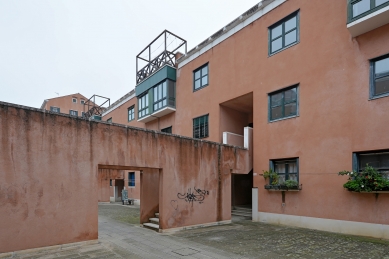 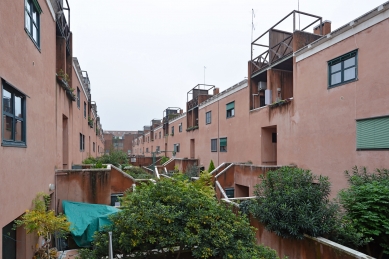 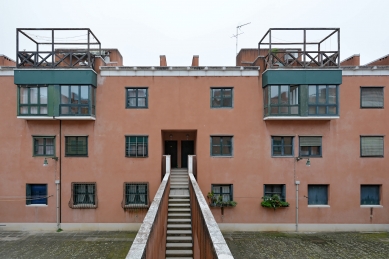 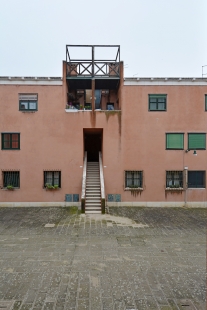 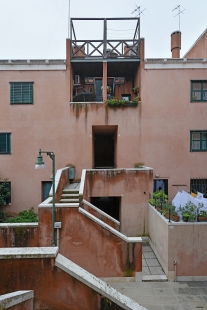 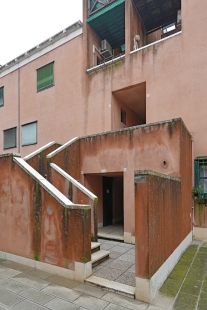 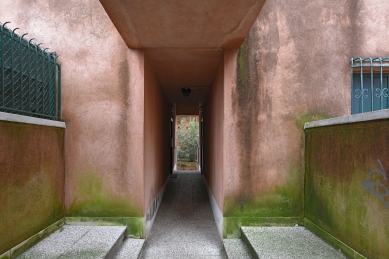 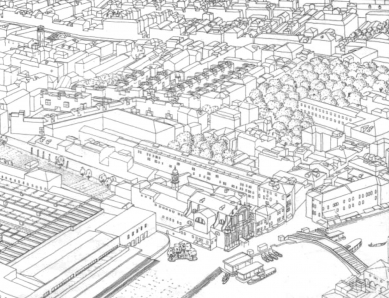 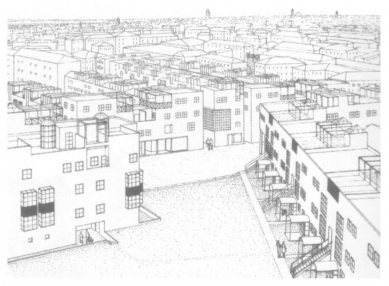 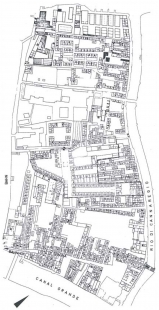 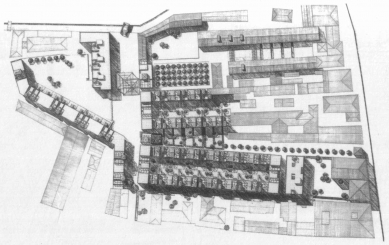 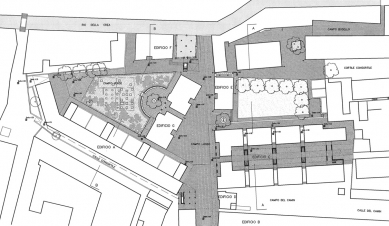 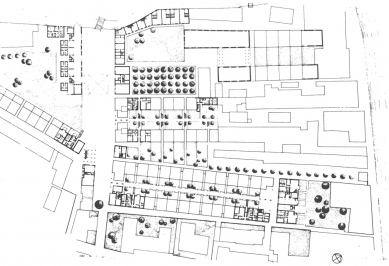 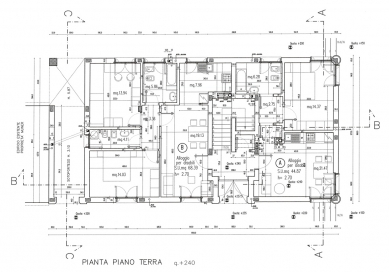