Continuing the curve of the site, the mixed-use building contains a shop at ground floor level, an underground car park, and apartments on the first floor and up. A raised gravelled garden overlooked by open loggias on the west form the public areas. The apartments are reached via a quasi-freed curving access balcony. Together with the floor construction of the loggias, the main horizontal levels are stressed on the street side by the large curving ledges.
Two superimposed curves, drawn from the site’s geometry produce an “interference” pattern on the principal façade, a study in the visual impact of structure and geometry that can also be seen in the Ricola storage building, the Signal Box and the Centre Culturel de Blois. The apartments themselves are conventional, with the minor exception of the curving façade section and diagonal wall of the two apartment units, which in this case is used to give an enlarged sense of volume. The roof level has a more accentuated setback, meeting the gable wall of the adjacent building.
The external skin consists of coloured prefabricated concrete panels, while the panelling system on the interior has a similar rhythm. Folding wooden shutters are akin to the design used for the House in Tavole. 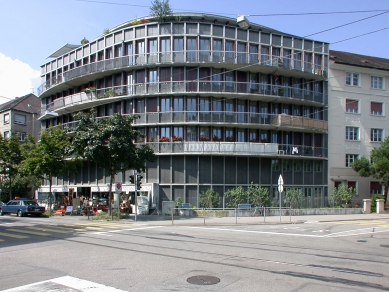 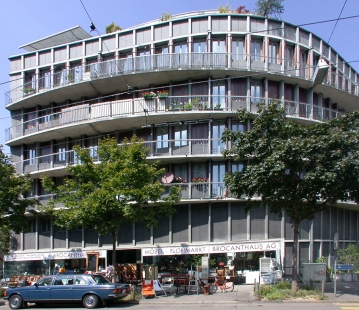 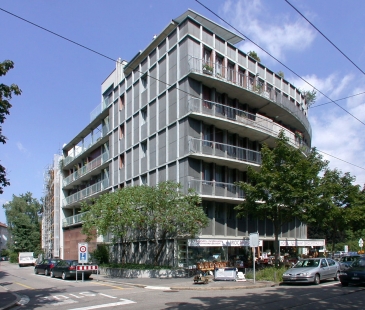 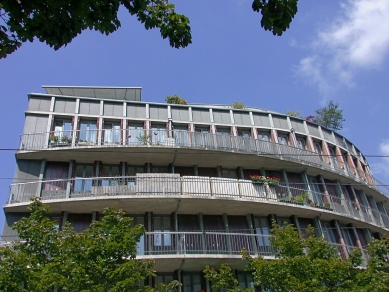 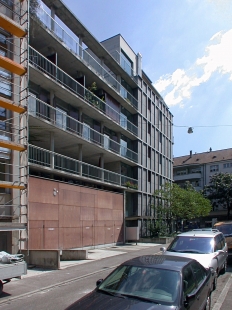 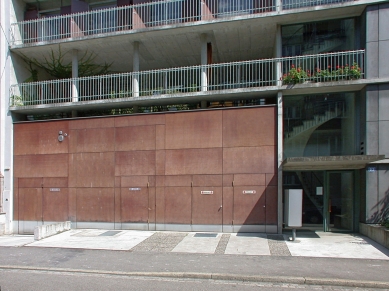 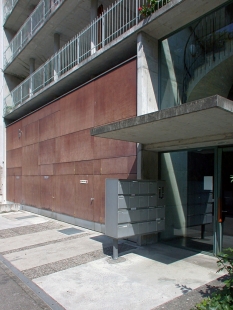 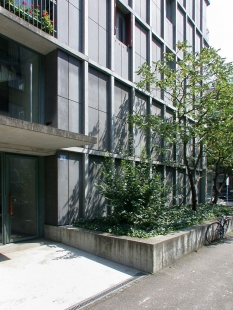 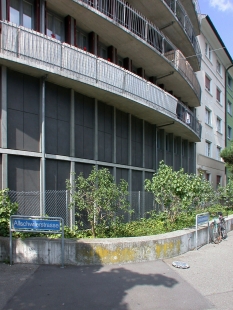 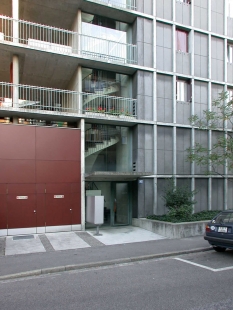 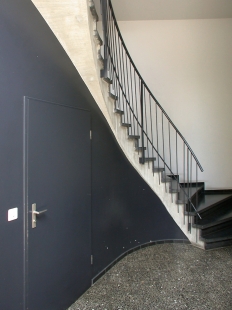 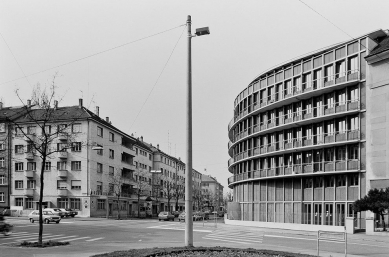 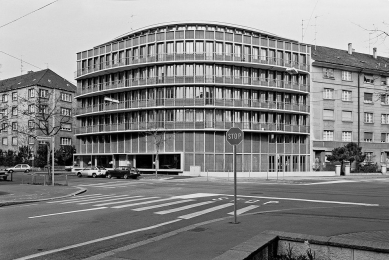 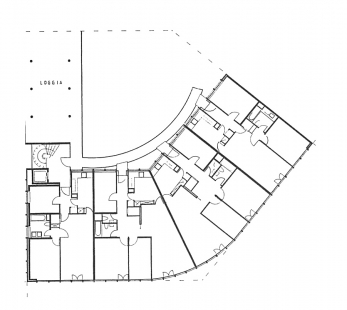