The project is located at the former “Bund” in Ningbo. The whole area undergoes a functional reconstruction, because the former harbor-facilities have been moved to a new place. As part of an overall protection-plan of the historic buildings in the area, the waiting room of this former port building was reconstructed into a large museum for contemporary art by the participation of architects and the promotion of the Amateur Studio. It was considered to protect the old building, which was the legacy of the 1980s; however, as the reconstruction went on, it was discovered that after several reconstructions, the building had been seriously destroyed and could not suit for the latest architectural regulations in China. Thus the architects decided to demolish the whole building, except a beacon tower. The special pattern of the interior, which has been a part of the city’s shared memory, was kept. The building was a place to set out for Shanghai or for the holy land of Buddhism, the pilgrim island of Putuoshan, by ship. The final construction plan contains multiple design clues. Firstly it reduplicated the relationship between the port and the ship by a high platform and the building form. Two jetties are situated roughly at the place of the former air landing bridges. Secondly it reduplicated the relationship between the local traditional courtyard and the building. From the street the main access into the museum is through a higher platform. There’s no magnificent square or broad steps, which has become the most controversial part in the design. Nevertheless, the desire of the designer is to rebuild a Chinese ceremonial space. The building was divided into a lower and an upper part with perpendicular direction, which on one hand is by the Chinese tradition, and on the other hand implies the contemporary conscious structure and the economical need. The lower part is the “economical foundation”, including a garage under the platform for 150 cars. This is for the explosive need of parking space in the city. The temporary exhibition hall in the lower part of the main hall is for commercial exhibition activities in order to settle the problem that a museum in China only has the constructional funds, but lack of management funds. The upper part is for pure art exhibitions and activities. The usage of material also reveals the multiplication of clues. The gray brick in the foundation was the main building material of the former building; the steel and timber in the upper part is the main material of the port and ships. There is also a group of modern “grottos” on the brick foundation along the river with figures of Buddha to give a hint that the building was once the place where pilgrims set out to the holy island of Putuoshan. 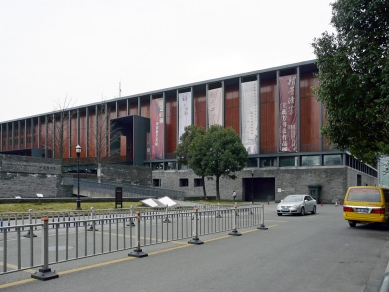 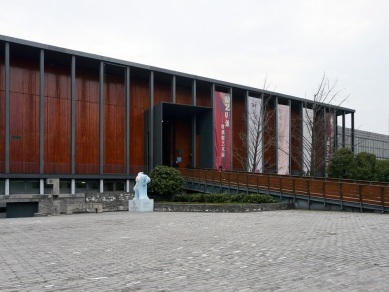 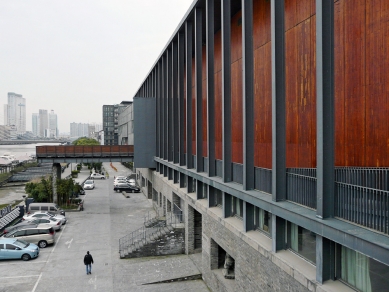 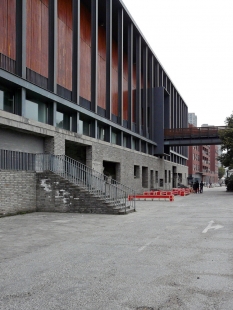 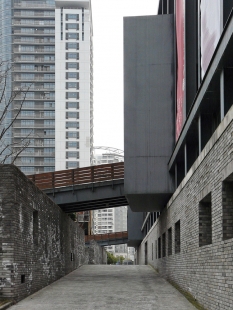 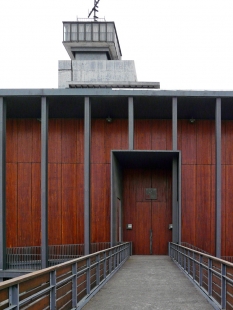 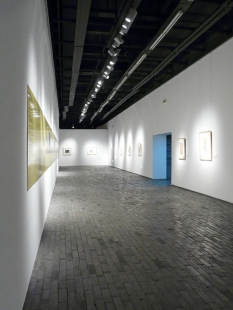 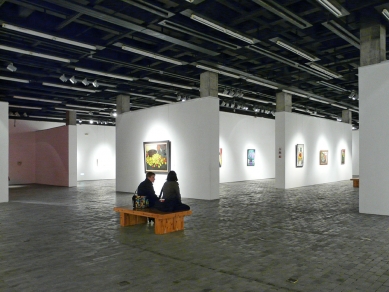 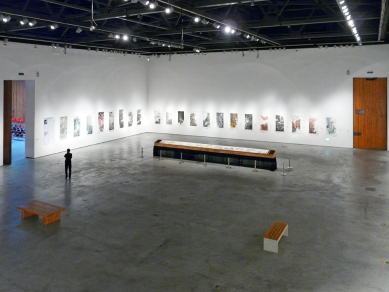 New Academy of Art in Hangzhou

Library of Wenzheng College at the Suzhou University