As the centerpiece of a $2.6 billion expansion at the San Francisco International Airport, this iconic structure created a powerful identity for both the airport and the City of San Francisco. It also represented a watershed moment in the integration of structural and architectural design.
The terminal is topped with a graceful roof whose wing-like form directly expresses the structural diagram of its bending forces. A series of double-cantilevered trusses linked by bowstring trusses support the roof, minimizing the need for load-bearing columns.
Elongated skylights and clerestories bring ample natural light into the building. Open and airy, the main ticketing hall was inspired by the great railway stations of Europe. A natural bamboo grove was planted within the hall, one of the terminal’s many sustainable features.
SOM engineered the building to meet the highest seismic safety requirements ever imposed on an American airport terminal at the time. This strategy incorporated a particularly ambitious use of base isolation technology.
S.O.M. 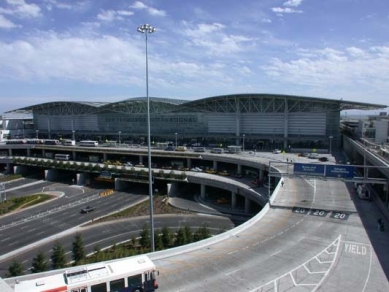 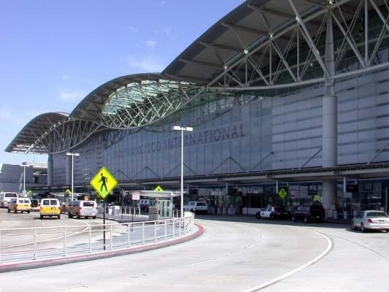 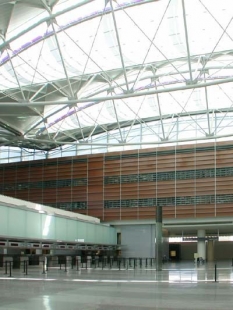 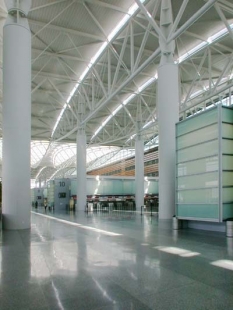 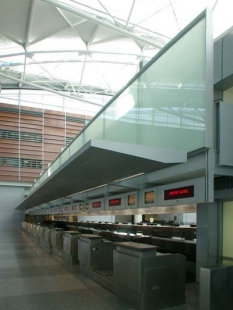 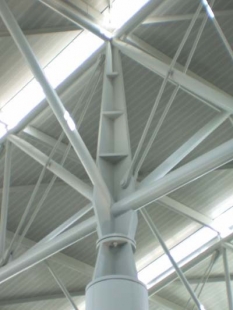 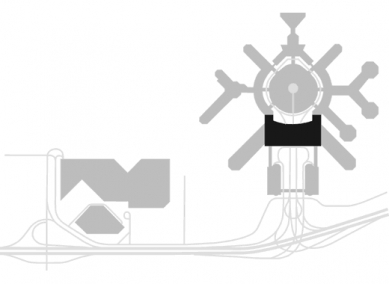