Public space needs to be continuously reinvented: design premises that prioritize patrimonial or landscape values are compatible with others where recreational or environmental aspects prevail. Located in a small town in the south west of Spain, the Theater of Zafra aims to reconcile the different events that are everyday staged, solving the transition between the monumental city and a ‘periphery’ under construction, through a smooth connection with the pedestrian center.
The new organization provides free paths with gentle slopes that allow full accessibility for visitors and restricted to vehicles. Portuguese cobblestone pavements and terraced gardens cover the open air space, delimited by ancient modest buildings in which vernacular elements (masonry vaults and slate walls) were consolidated in order to preserve them for a future enlargement of the cultural activities. The irregularity of the plot triggered an occupation strategy of the site by ‘spreading’ the functional program to create a new ‘envelope’ with a scale close of that of existing the buildings, absorbing the disordered geometry and offering a representative image. The main volume (containing the orchestra, stage, main halls and a rehearsal room) emerges amplifying the landscape formed by the arab-tile roofs.
The design tackles the desirable technical adequacy and versatility of this type of facilities in a small city (film, theater, concert hall…). But beyond a mere functional or contemplative affection, the building challenges the traditional role of spectators as passive ingredients, inviting them to achieve certain degree of complicity with both visitors and passers-by, so they can get involved even when a representation is not taking place. Several “architectonic devices” assist on this task. For instance, the stage (in addition to offering a position that favors the direct loading and unloading) can literally open to the city and its citizens, while the seats of the orchestra are colored pixels that, viewed from the stage when empty, compose the anamorphosis of an always-looking eye surrounded by the natural felt-sided walls of this space.
Theaters are supposed to be venues functionally designed to stimulate some sort of reverie. Therefore, they have traditionally restricted and moderated the effect of natural light, in favor of a sophisticated lighting control, which rarely is fed back by its typological or programmatic particularities. At the Theater of Zafra, lighting participates of the general concepts underlying the project, and acquires an active responsibility that reinforces the playful nature of the program, creating a second graphic level, guiding visitors through the less crowded areas, and helping to create a calm and evocative atmosphere, as an accomplice preparation for the drama representation that awaits. Following and mirroring other reuse strategies deployed along the building (washing machines doors as windows, felt leftovers for furniture…), satellite dishes have been coated with road reflecting paint, and re-converted into high-performance, low-budget lamps, which form some kind of cloud above the foyers. 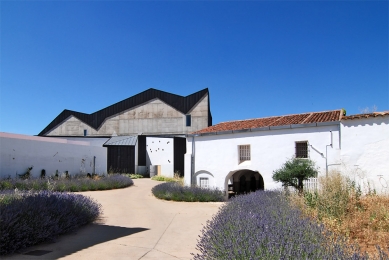 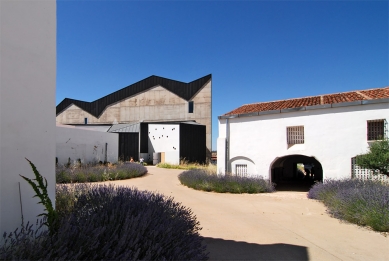 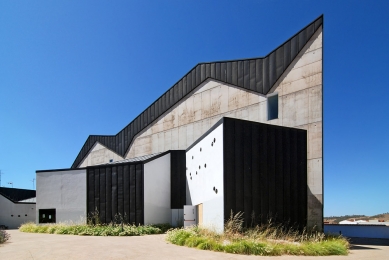 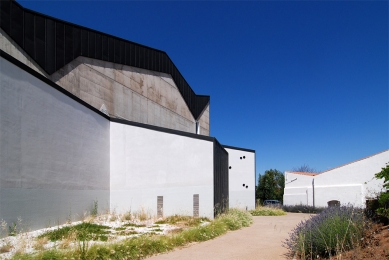 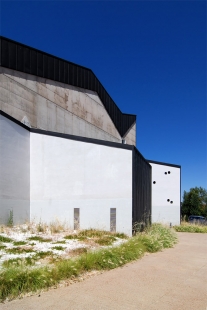 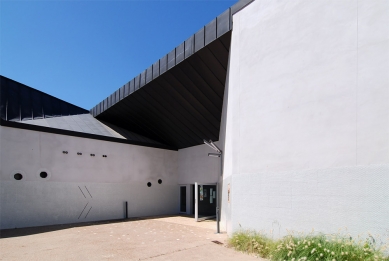 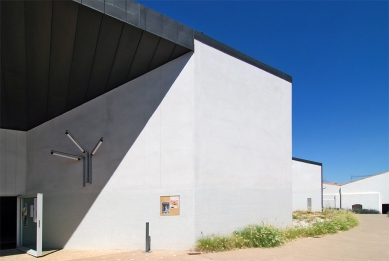 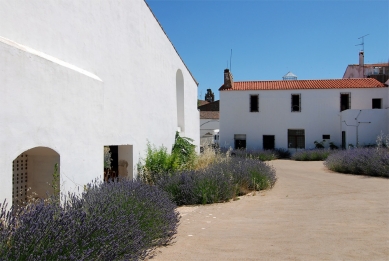 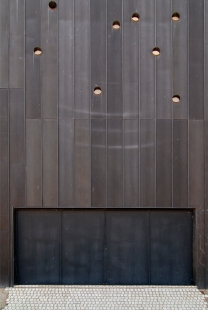 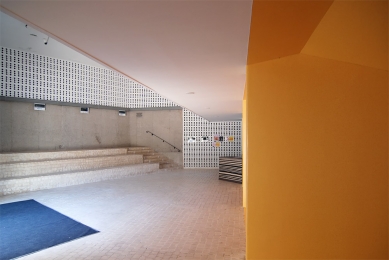 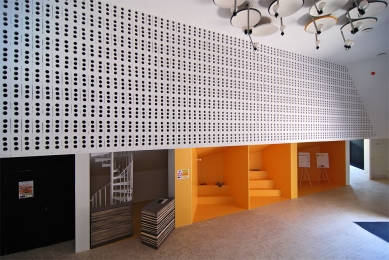 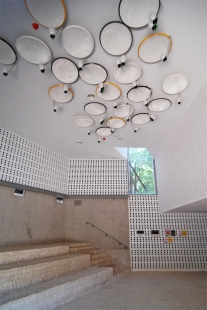 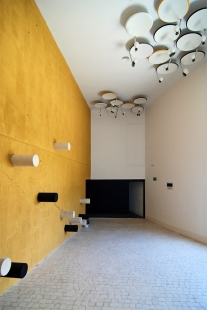 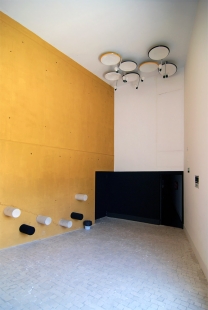 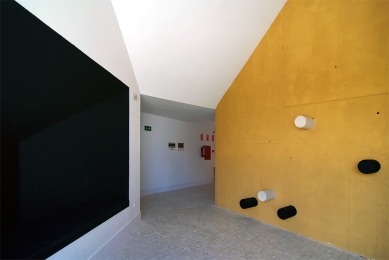 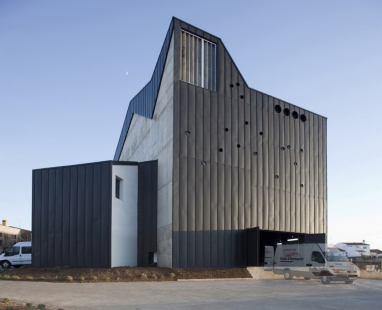 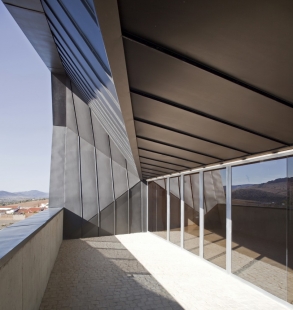 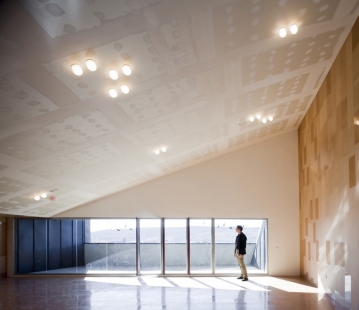 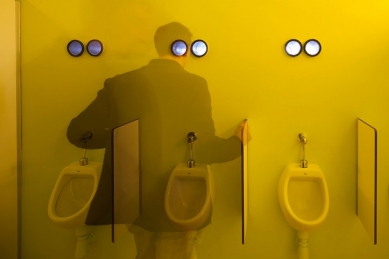 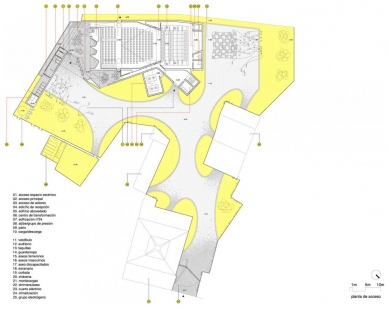 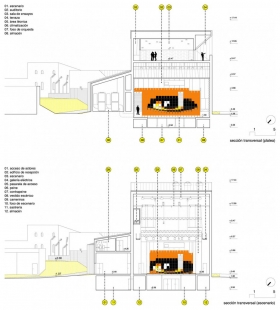 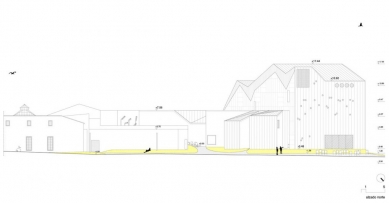 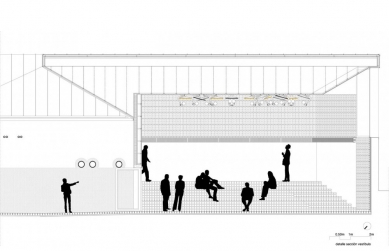 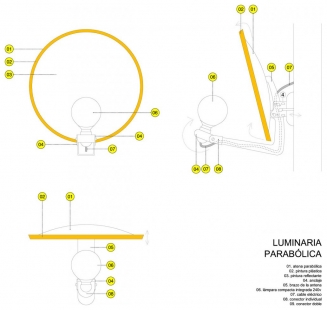