St. Joseph's Church, Le Havre, is a Roman Catholic church in Le Havre, France, built between 1951 and 1957/58 as part of the reconstruction of the town of Le Havre, which was almost entirely destroyed during World War II. It acts as a memorial to the five thousand civilians who died in the conflict.
The church was designed by the chief architect for the reconstruction of Le Havre, Auguste Perret, teacher and mentor to the Swiss architect Le Corbusier. The sombre interior is in the Neo-Gothic style. The tower is 106 metres tall and acts as a beacon visible from out at sea, especially at night when illuminated. 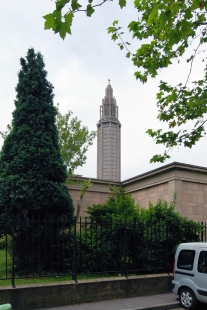 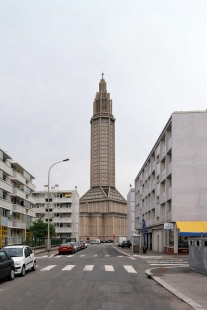 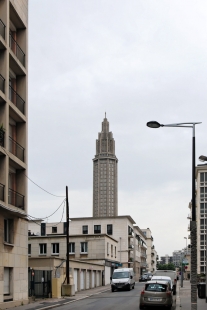 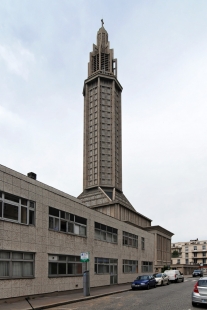 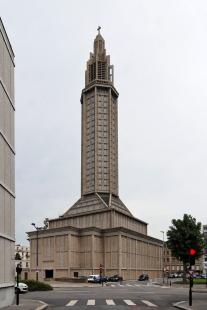 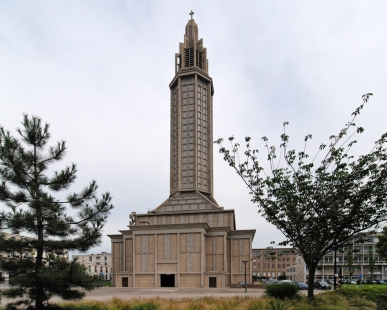 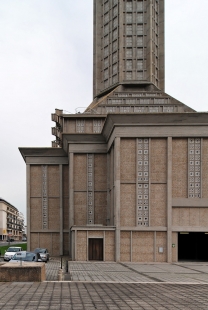 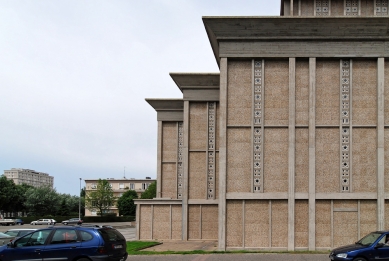 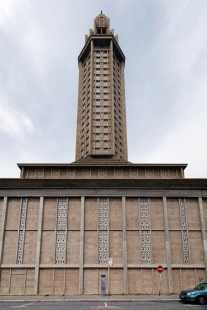 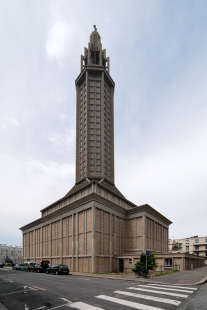 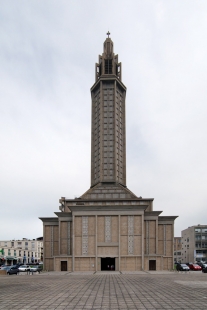 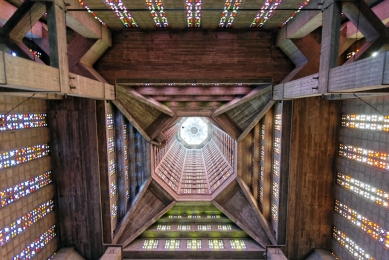 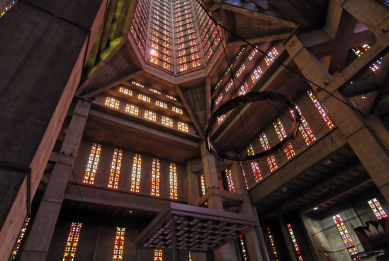 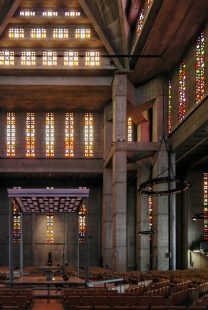 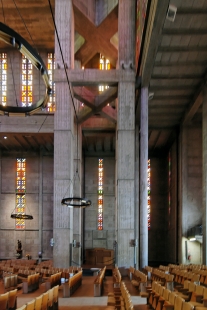 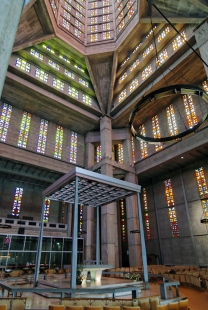 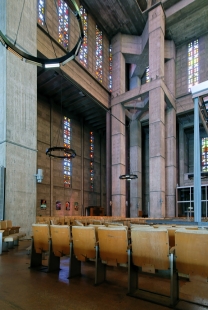 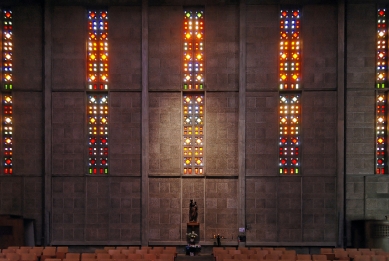