The idea was to plan a building which is dedicated to jazz. It was a challenge to bring the two disciplines together as jazz music works with improvisation and serendipity while architecture seaks to avoid random and tries to plan and fix things to make them persist. The second question was how to integrate a new building into the grown city structure of the old town in Basel. During our research we realized that the plan of the buildings on the site hasn't changed much during centuries although the buildings themselves were exchanged several times. So we decided to believe in the "architecture-trouvée" and create the building's volume on the base of the old citymap. The result is a diverse volume with a courtyard in the center.
We organized the building's interior circulation around the courtyard.
This leads to various paths and manifold random meetings rather than short, effective ways in a complex building. Our intention was to create a course inside the building which starts from the rehearsal rooms where you practice almost privately, continues in the hallways where you meet other people and culminates in the courtyard where many people interact.
As the space programme of the building wasn't fix at the start we had to find out the specific needs of the school and the musicians. During our survey we realized that there is no such thing as the perfect rehearsal room. Some people prefer to play in churches, others like to practice in a garage and some people play in their living rooms. The only common ground was the need for daylight and an atmosphere of private cosiness. Instead of flexible rooms we provided various rooms with different dimensions and acoustic qualities to leave it to the musicians to choose.
The space palette with over 50 different rehearsal rooms is completed by 3 characteristic recording- and performance rooms such as a wooden sound body with a flying acoustic sky, an introverted performance room combined with a professional recording studio and a jazz club which opens up to the city and serves as an interface to the public.
The materialization of the interiour spaces is superior and rich due to the acoustic requirements. Acoustic needs shape the building a lot as it was necessary to built almost a second house inside the house and metres thick walls.
Although none of the spaces exist a second time its the coherent union of the interior design which holds together the volumetric diversity of the outside and creates the identity of the building.
The interpretation of the courtyard as an urban interior gives the project a strong quality. The word campus in it's original meaning as a field is implemented here, both socially and spacewise. Interior and exterior space are mingled which links the house and the city as well as the school and the public. 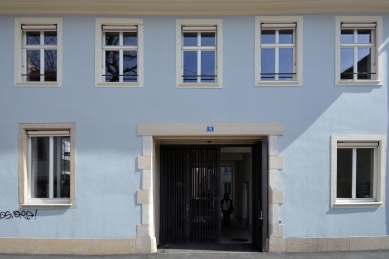 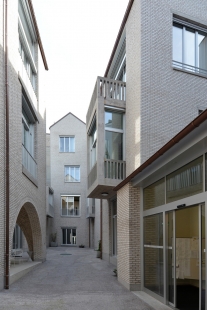 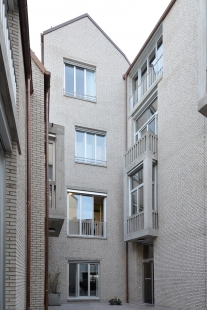 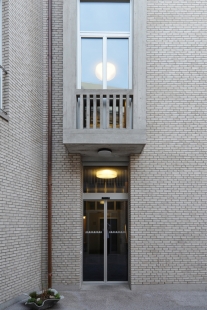 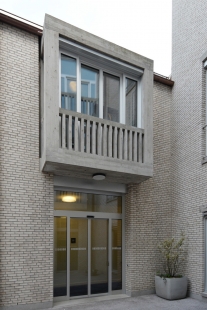 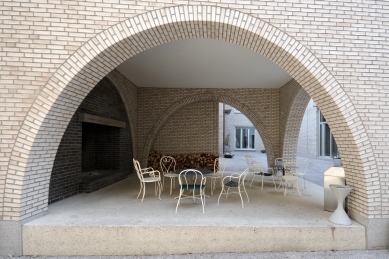 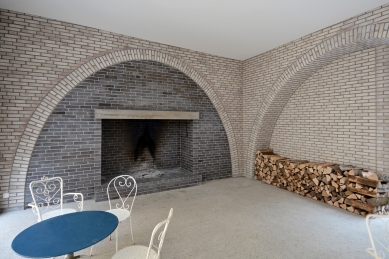 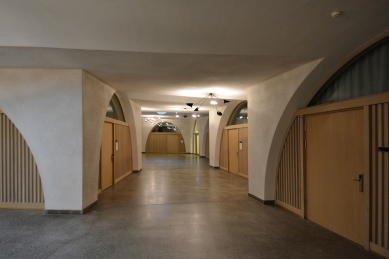 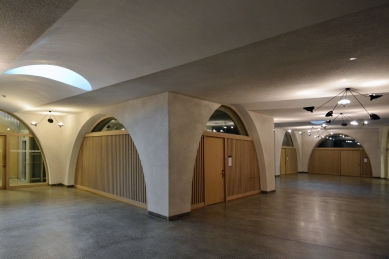 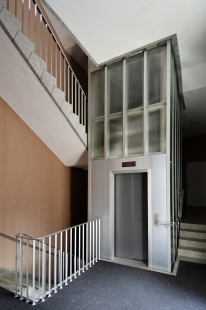 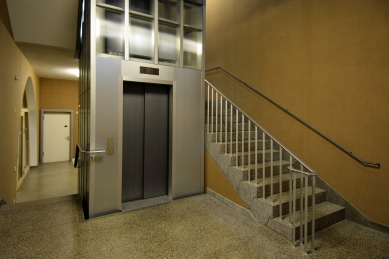 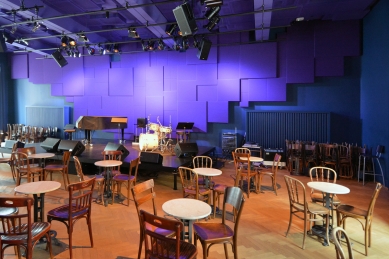 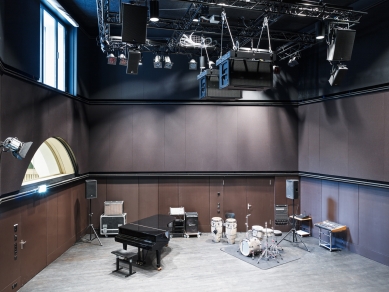 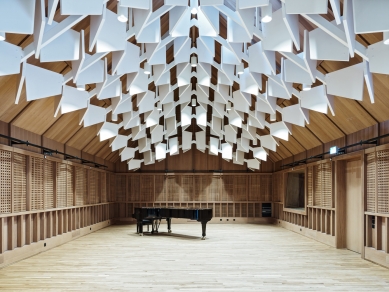 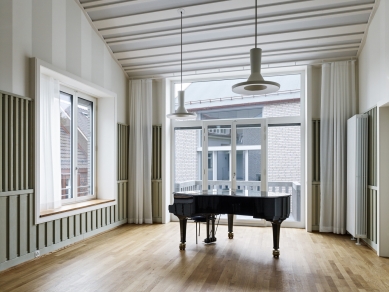 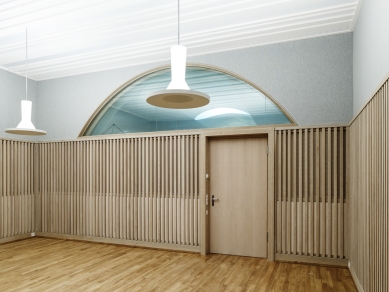 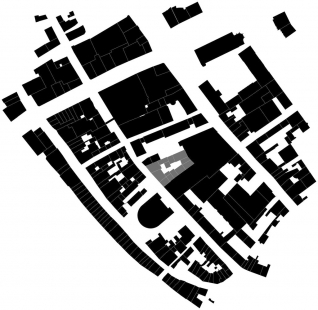 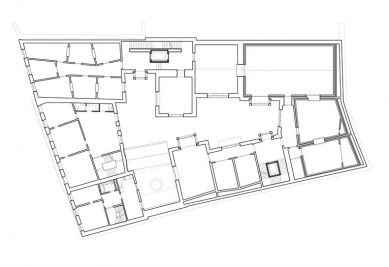 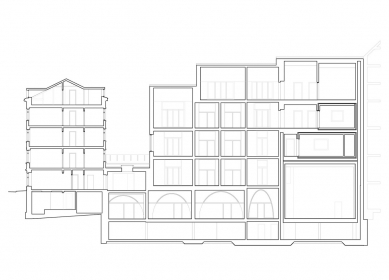 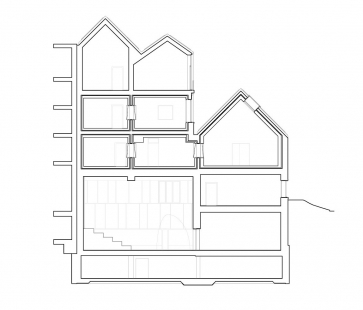 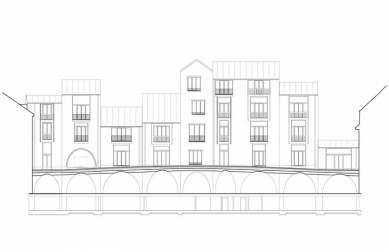