In the spring of 2013 the state of upper Austria will have a newly constructed music theatre, which will not only be of vital importance as a venue for the cultural scene in upper Austria but, with its architecture and placement, also generate a new quality of urban development for Linz. The structure is based on the design of british architect Terry Pawson, who won the competition in 2006.
After the application by Terry Pawson in 2008, additional architectural planning services were put out for tender. The team of architects consisting of architektur consult zt gmbh and its Linz partner Archinauten-Dworschak & Mühlbachler architekten were commissioned with the entire design and detail planning including the technical and artistic supervision, as well as well as expert planning services for the interior and exterior design, plus artificial lighting and acoustics. For planning of the lighting the renowned offices of Kress & Adams were called in, the challenging planning of the acoustics was delegated to quiring consultants, and the exterior facilities were designed by land in sicht. The front entrance is the visible face of the music theatre, is located directly at Volksgarten and is seen coming from the city centre. It is designed as a loggia and glazed over three storeys. Both the main foyer and the public restaurant located on the top floor offer a view of the park. The enormous size of the Linz Opera House, which covers two blocks, also contributes to its efficiency; apart from the stage and the auditorium, it unites the production workshops, storage facilities, rehearsal rooms and auxiliary stages under one roof or behind a façade which, like a double colonnade consisting of white pre-cast concrete elements, protectively encircles the house like a metaphoric curtain.
The generously dimensioned main foyer is located on the first floor and, due to its floor-to-ceiling glass açade, visually extends into the green area of the park. The auditorium itself is designed as a compact gallery theatre with interior connecting stairs, to provide an excellent view of the stage from each of the 970 seats, as well as perfect acoustics. Steam-heated acacia wood on the walls and ceiling and light oak floor boards form a mat shell that forms a contrast between the golden balconies which are fitted with a smooth surface made of liquid metal. In contrast to classic gold plating, it has a diffuse shimmer and a deep glow in artificial light when reflected. It is especially the detailed design that bears the trademark of the austrian architects, while the style of the structure can be described as a productive interaction of national and international architectural expertise.
It was not easy for architekturconsult / archinauten to take on this complex task in the absence of the architect who designed the building. The basis was the high degree of respect for the specifications of tpa. However, Mr. Pawson can identify today with the completion and speaks of a successful implementation. 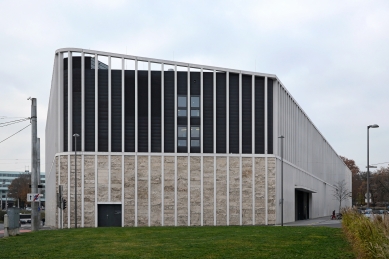 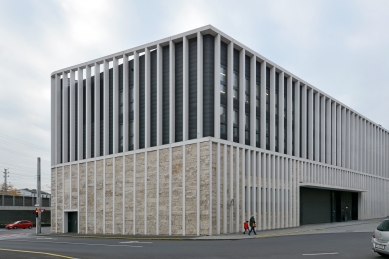 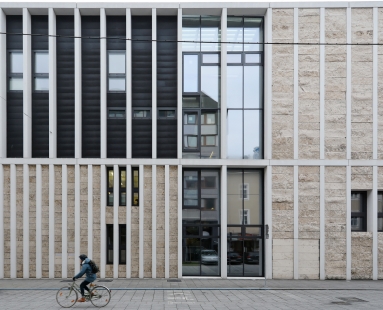 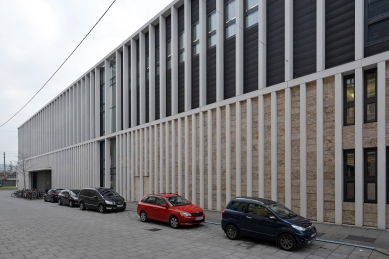 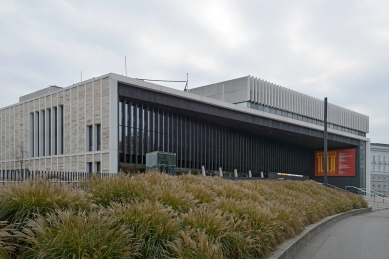 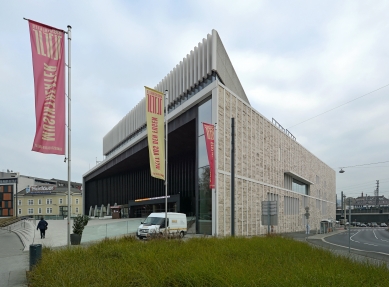 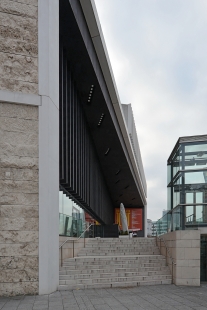 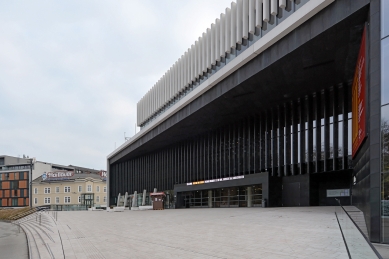 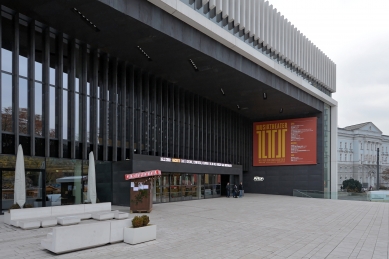 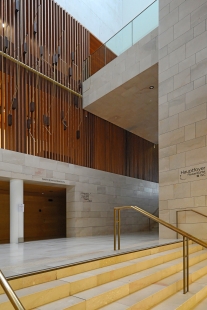 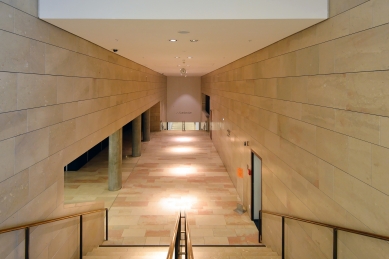 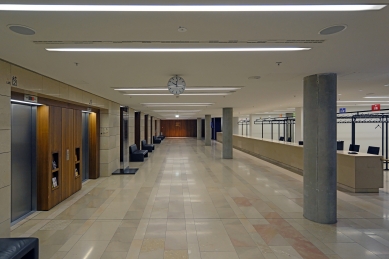 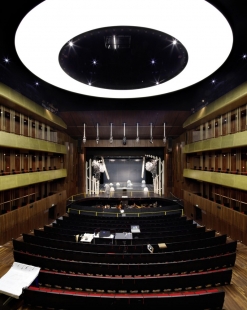 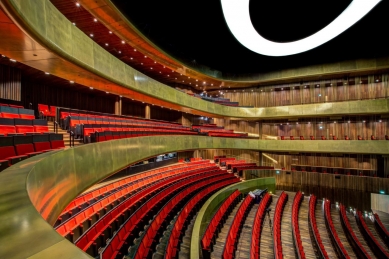 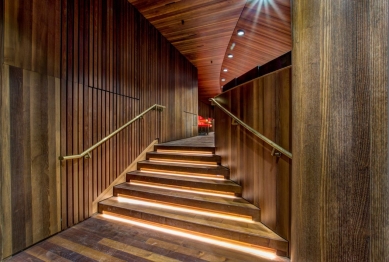 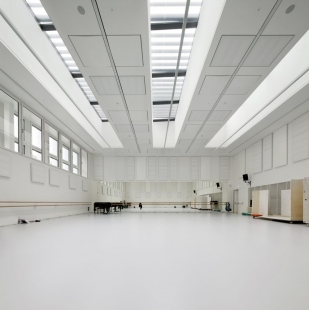 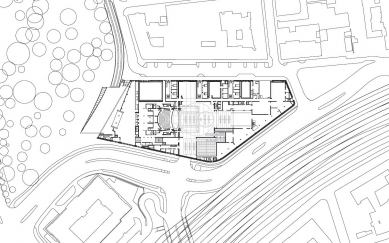 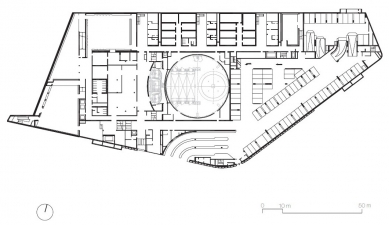 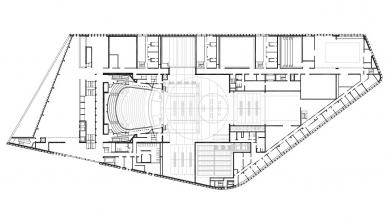 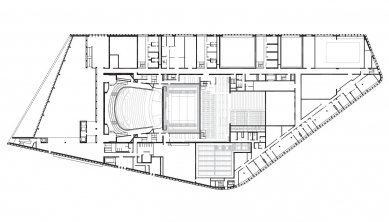 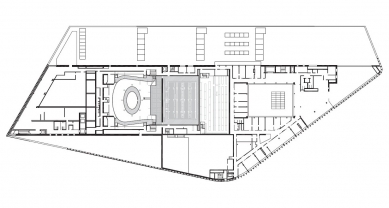 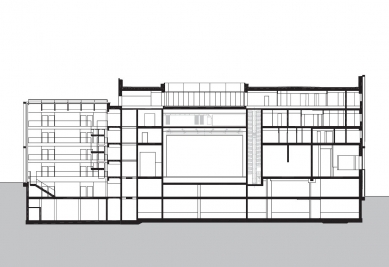 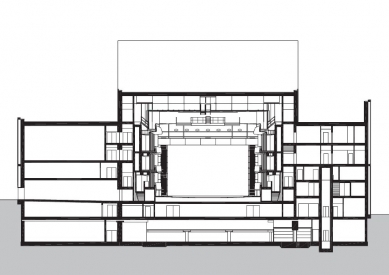