The town of Kirkenes, in Northern Norway lies at the intersection of many cultures; here the Sami, Russians, Norwegians and Finns, that is, the Kvens, have long interacted with one another. The borders of the region have changed and formed barriers to many connections. While they appear not to follow any logic, however, sufficient distance from political hubs has allowed the existence of sympathetic, informal grassroots-level interaction centring on everyday life in the Barents Area.
I was invited to create a work of art in the centre of Kirkenäs. Having thought about it for a while I said I wished to create something useful instead. In my view the seamen, fishermen, hunters, hikers and fortune seekers flowing through the town need a place to rest for the night that would suit their economy that changes like the weather. I suggested building a hotel by the sea.
This created mixed feelings, because the time for construction was only ten days and the budget was fairly limited. I specified that this would be a very small hotel. All unnecessary luxury would also be eliminated: no satellite channels, minibar or brass doorknobs. The idea would simply be based on a warm shelter and a view out to the Barents Sea. A person spending the night in a room would still feel he or she was in Kirkenäs. Anyone who has had to spend many nights in hotels knows that slight feeling of alienation on entering a hotel room; it could be anywhere in the world, so the connection to the surrounding reality is severed.
The hotel was built in ten days with the help of three architecture students and was completed three minutes before the opening. It has a single room, a double room and a lobby. After all, a hotel should have a lobby for meetings and chance encounters.
The entire building is heated by a stove; the WC and shower are provided at the police station next door. At the opening a Norwegian tour operator offered to purchase the hotel and now runs it in the conventional manner. The keys are available from the local tourist information office.
The hotel was built of timber on an aerated concrete block foundation. The interior was painted white for natural light and sense of space while the outside is painted black to absorb sunlight and to integrate it into the surrounding dark rocky shore.
The work is temporary and in principle it should have already been pulled down. Apparently, the Municipality of Kirkenes has decided to let it stand for a while. 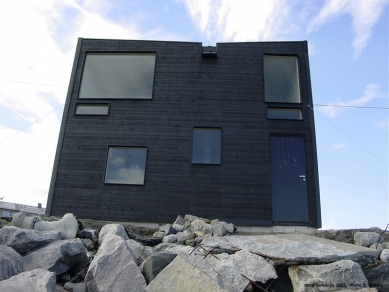 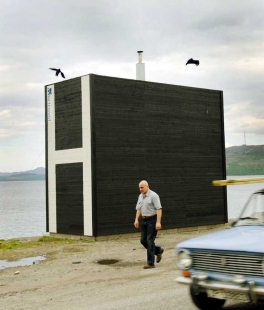 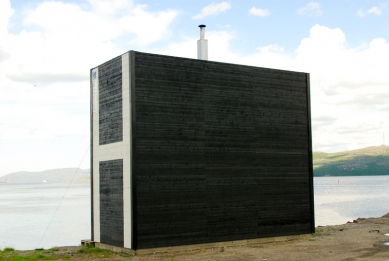 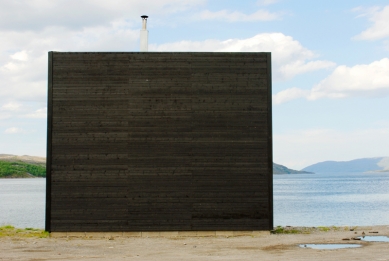 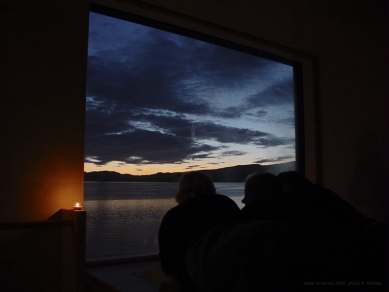 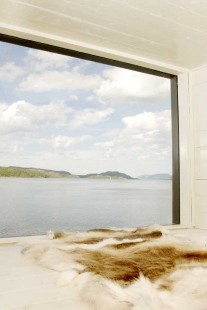 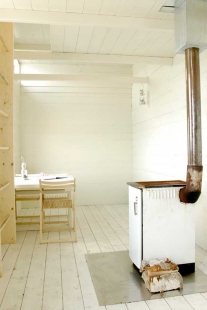 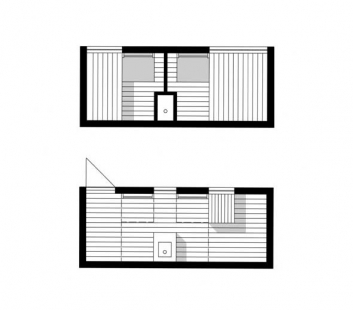 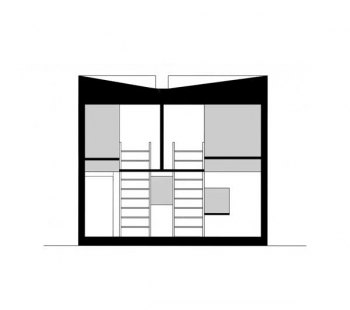 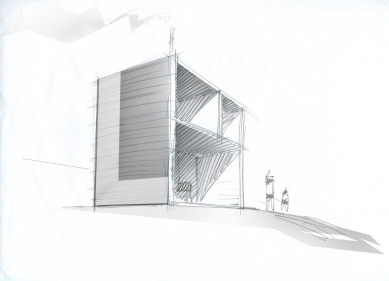