The hotel occupies a place where two contrasting urban places intersect – the shoreline of the river Elbe with its extensive working dockyard; and the historic red light district of St Pauli with its consistent building height of four storeys – a stark contrast with the emerging high-rise commercial downtown.
In urban design terms the hotel responds firstly by establishing a four storey podium and public square in the direction of St Pauli and secondly a twenty storey tower which presents narrow facade to the river and its dockyards. And so two scales. The height of the hotel contributes another high rise profile to the city, a contribution welcomed by the city of Hamburg.
The sequence from the entrance hall to the typical hotel floors concluding in a magnificent rooftop bar, presents the visitor with a number of memorable architectural events. Firstly, the entrance lobby, a four storey compressed atrium, with its immaculate fairfaced concrete frame, dark stained oak wall panelling and generous staircases gives a grand impression on arrival. Secondly, the typical corridor with its views out over the city at either end is a generosity not normal in hotel design. The rooms are also thoughtfully designed with touching details such as the external louvres that allow for fresh air and the romantic sound of the hooting of cargo boats in the night. Finally, on the top floor, instead of penthouse-suites (or indeed plant): a very good bar, in the tradition of long bars from Dublin to New York. 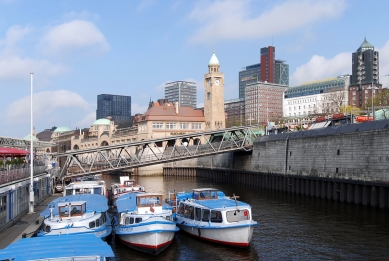 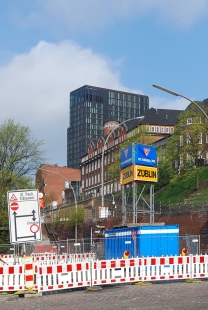 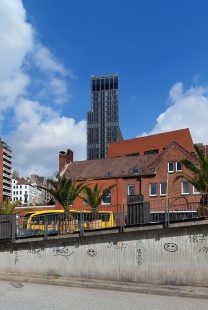 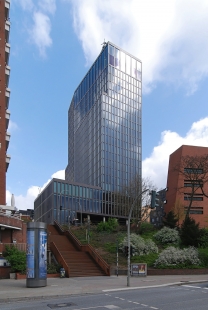 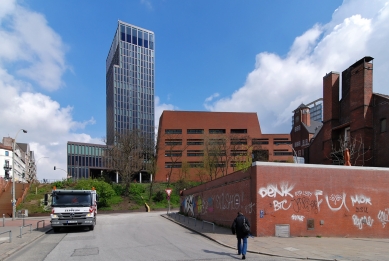 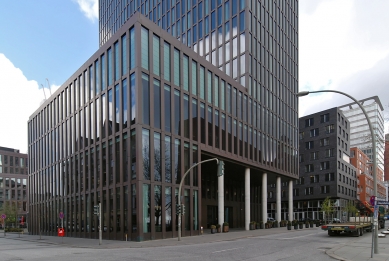 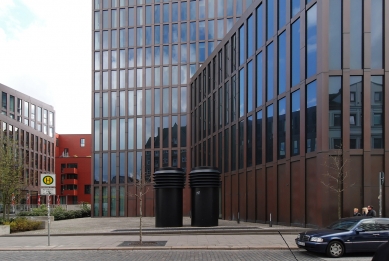 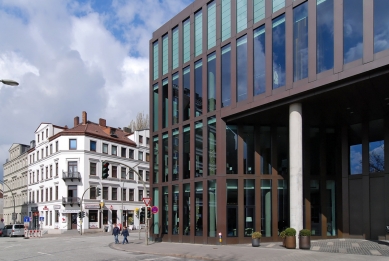 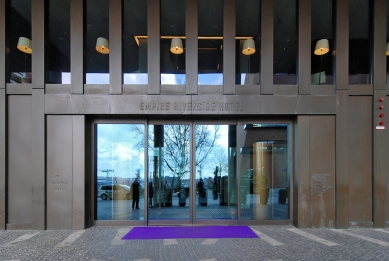 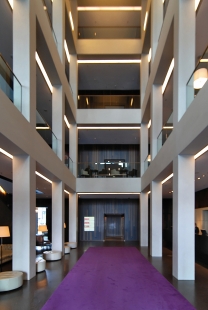 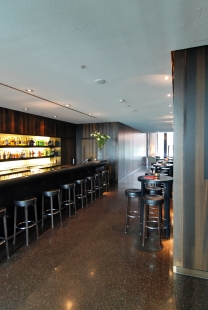 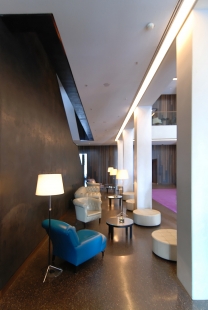 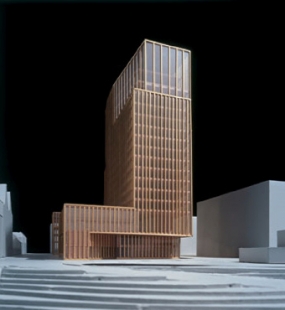 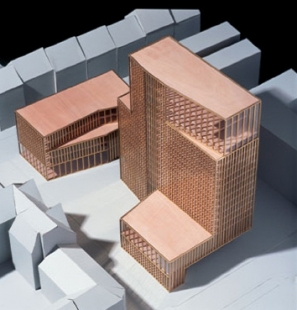 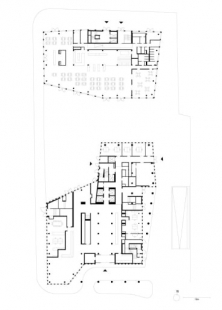 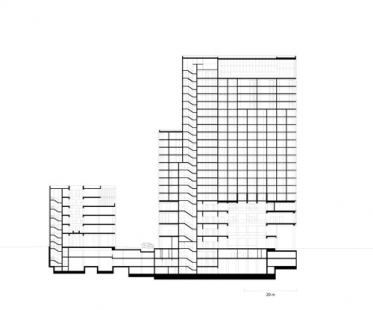