A gallery for modern art, placed in a field. The whole gallery building shines like a traffic sign, when seen from a certain angle.
The new gallery building creates a ‘hamlet’ with the adjacent old farmhouses and the owners’ house, together representing three centuries of building tradition. Positioned on top of an artificial hill, as a buffer to the site’s moist soil, the base of the building follows the hill’s topology. The resulting series of curves at the building’s base, combined with mirroring curves in the rooflines, makes the planar facades seem curved – a bit like ‘cinemascope’ screens.
The facades have been painted white and, while still wet, three tons of special reflective glass beads were applied. The glass bead treatment, developed by artist Mikael Pauli, works in a similar way to the reflective component in zebra crossings. If viewed from the same angle as the incident light source, it glows as if lit from within. So, when driving by the building, it appears to flash brightly for a moment.
This effect can also be recreated during night. If the building falls into the path of car headlights or, as in the attached photos, where two 150 watt lamps – one red, one blue coloured – light the façade from different angles. (We would like to stress that the images have NOT been adjusted via Photoshop or other image manipulation programs – except inbuilt camera software).
The relatively narrow door and window openings, stretching from ground to roofline, make the building’s scale difficult to judge. Appearing smaller at a distance, yet up close it rises to a height of 6.7 metres. Their positions correlate to interior wall positions as well as windows on the opposite side of the building, creating sight lines from one side to the other.
The elevated position of the gallery building raises the floor level to the same height as the tops of the surrounding crop growth. The interior is divided in to four differently sized rooms connected with both central cross access and complete side circulation.
Custom designed benches, manufactured in Botswana by Mabeo Furniture, have been added to the rooms recently. 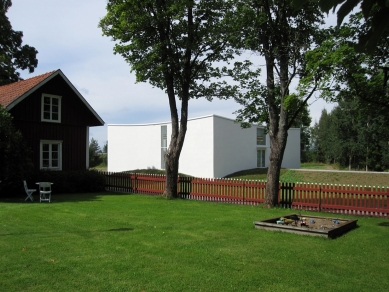 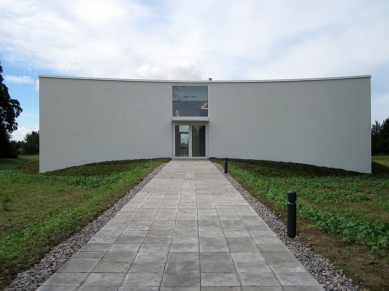 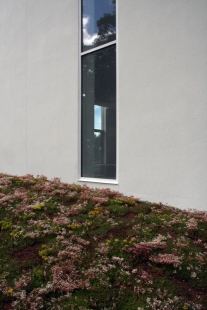 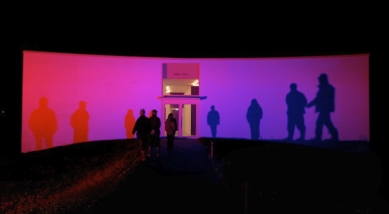 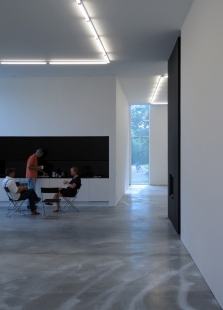 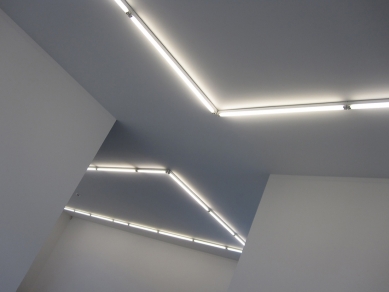 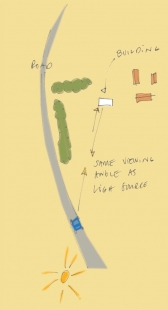 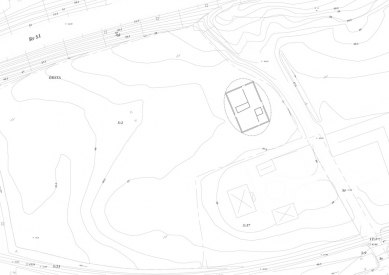 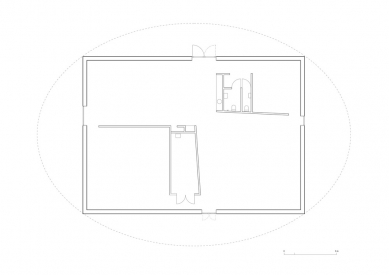