The Ring - extension of the football stadium

The project is a result of the winning competition back in 1998.
The plot that was used as a multi-functional sport field is located in the centre of the city.
In the sixties a small tribune was build along one site of the field that was covered with huge concrete arched roof.
The brief was to convert the field into a football stadium and extend the existing building with covered tribunes (12.500 spectators, VIP and press facilities) and additional public programme such as 4 big gymnasiums, fitness-club with swimming pools, shops and restaurants.
The project proposed a ring of tribunes weaving above enclosed base with public programs.
The lowest and the highest point of the tribunes are defined by the quality of the view of the spectator.
In the corners of the field, where the views are restricted, the entrances to the tribunes are displaced. The ring is pulled down here to the level of the entry plateau. Then it rises gently and it reaches the highest points in the middle of the field. There the maximum number of the seats is provided, offering the best views to the field. The corridor of the ring has double skin and is providing rooms for VIP, Press and refreshments.
In the base sport halls and shops are displaced. The roof of the base forms an entry plateau to the tribunes and also offers views to the smaller sport field at the side of the stadium. 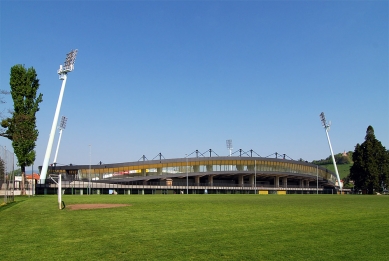 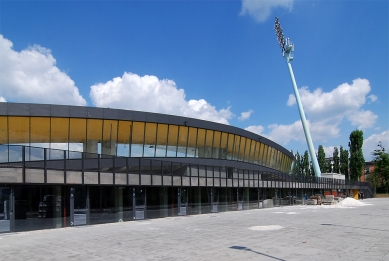 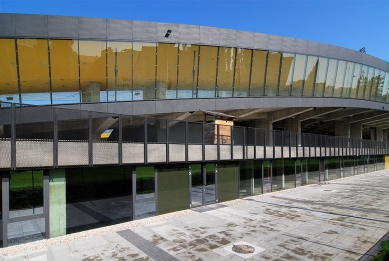 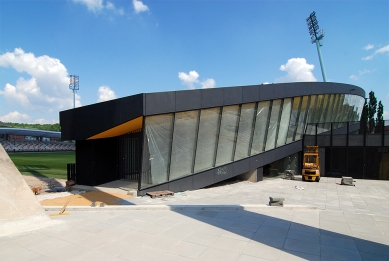 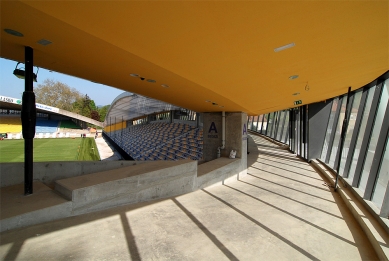 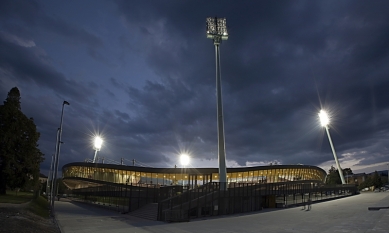 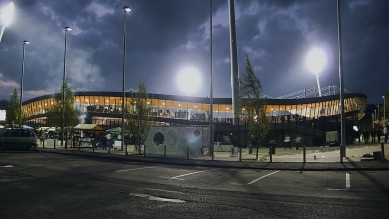 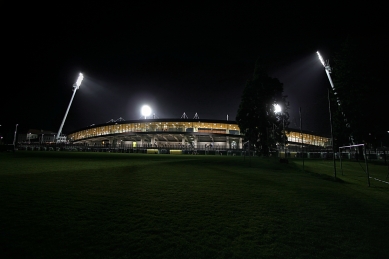 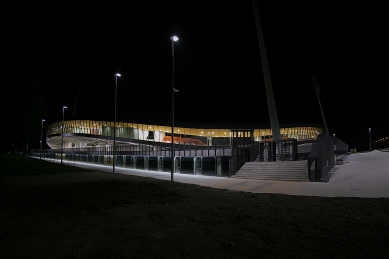 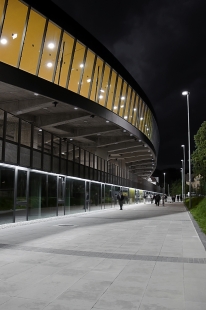 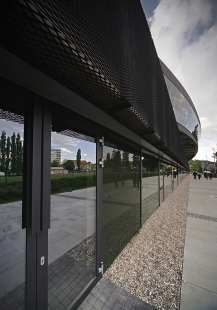 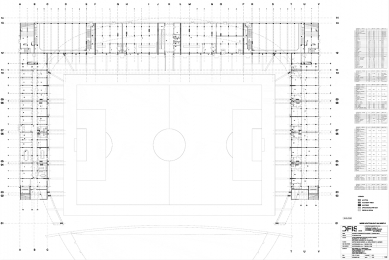 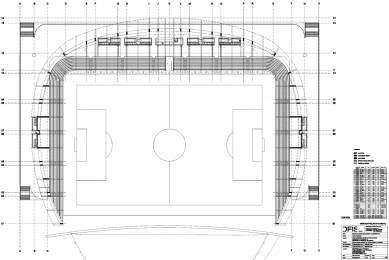