House with 30 000 Books is a residence for two families, which has a large library between those two dwelling parts. As the name suggests, the number of books the library can store is about 30 000, which almost equals to the number of books that one small public library can store. The library space, sometimes works for bonding two families, sometimes works as a buffer space, is the common property for them and the most spacious place of this house.
When we design a house for two families, independence of the two dwellings is always a big problem. In the case like this house, using library space to draw two dwellings apart is very effective way for keeping privacy of both families, so naturally the library was inserted between the two dwellings. The unusual point is that the library’s layout was rotated 45 degrees from the main axis, because the surroundings around the house happened to have empty space in northeast and southwest directions, so in order to evade crowded views, both ends of the library with windows are facing to those orientations.
And to widen the views from the library more, two parts of the building mass were cut away in triangle shapes like two wedges of cheese, and two sunken gardens for the library were made instead. Each of these open-air spaces is facing to a dwelling part at the same time, and works as a small private garden for it. These sunken gardens are buffer spaces between two dwellings, but through those spaces the families can feel the situation inside the library and the other dwelling indirectly. Those open-air spaces are connecting two dwellings while they are also separating them mildly.
Of course, the library is not just for book stock. Having wide views and natural sunlight with high ceilings, this is the most attractive space of the residence. Usually the windows are closed for blocking out ultraviolet light and humidity in order to preserve the books, but they can be widely opened if needed, and thanks to the rotated layout and two open-air spaces, the library can show great transparency though it has complete ability for storage.
On sunny days, they can fully open windows for ventilation, and enjoy bright views with 30 000 Books, both families together. I believe that is the greatest pleasure for book collectors, and this is the scene we tried to be realized through this project.
Takuro Yamamoto Architects 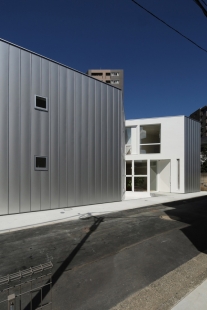 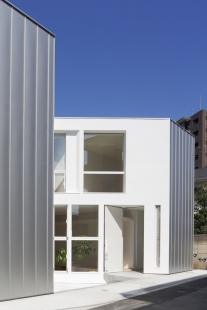 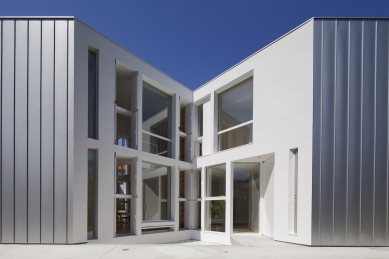 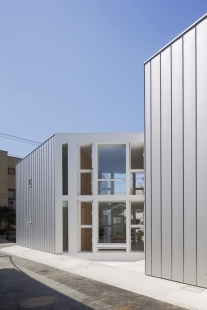 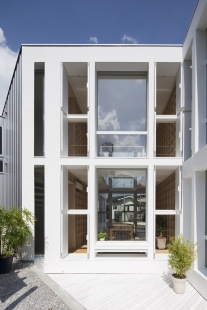 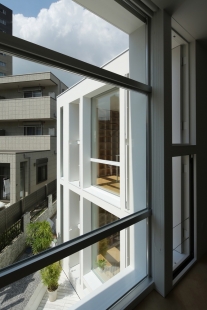 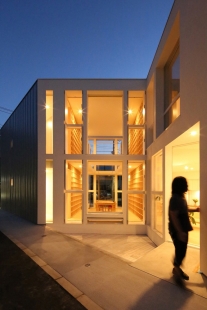 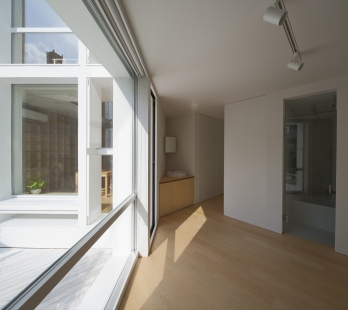 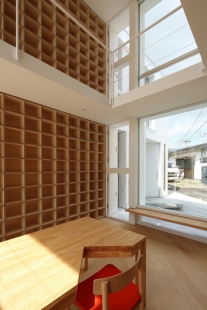 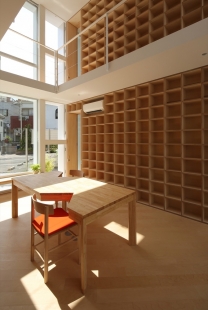 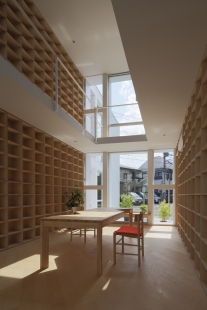 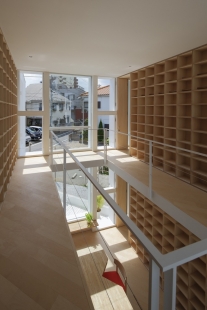 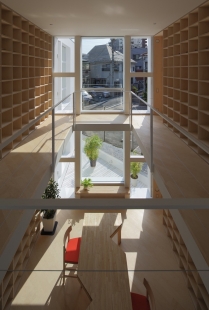 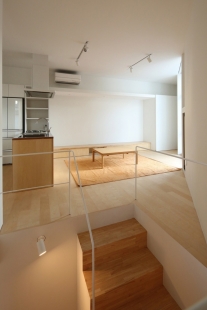 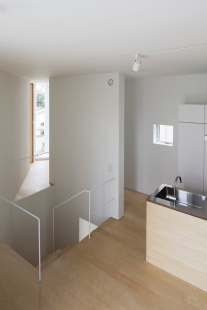 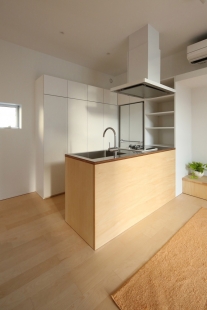 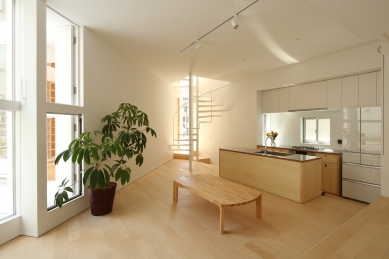 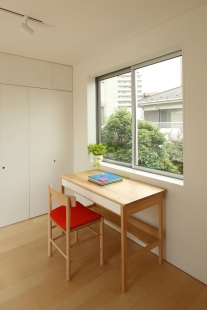 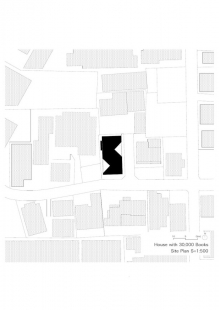 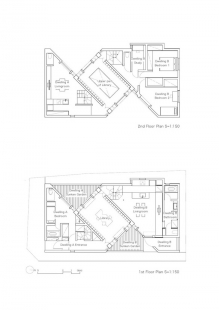 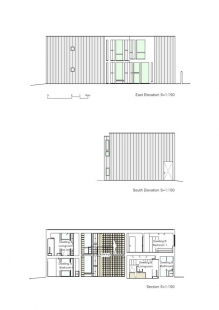 Little House with a Big Terrace