The existing site is listed as industrial historical area with buildings of an old butchery complex, which included the water-tower and old butcher hall.  Demand of National heritage was to rebuild the tower as it was in original and to integrate the main façade portal of old hall in front of the planned new shopping mall.
The client permission and expected plan was prefabricated concrete hall of 46 x 42 x 7 meters.  Interior and all internal finishing is done as “Mercator standard” – the standard which is prescribed by shopping company’s chain for all their standard malls.
Construction Company budget was extremely limited; the part of their contract with Mercator was a reference project – simple mall, built in village in northern part of Slovenia. (This mall had only front façade with final façade finishing; the rest 3 facades were basic concrete). Exactly the same budget had to be respected in this project and the same amount was listed in our contract.
The new shopping mall has customer approach and parking facilities on 3 sides of the building. Therefore it was important to cover 3 sides with final decorative finishing with the budget of 1 side only. After detailed calculation the budget for covering all elevations was at 60.000 EUR.
The pattern was based on different stepped elevations in order to soften basic cube shell.  We took and calculated the surface that would be needed for one side. The surface was divided into three elevated surfaces.  The surface which could fit into the budget for the facade was use of basic metal sheets which were painted in bronze structured color. After cost evaluation only 20% of the concrete shell could be covered with the metal sheets. So the sheets were perforated with holes in different sizes. Furthermore the cut metal circles from the sheets were used and arranged on the rest of the façade surface. The use of the holes and circle ornamental patterns were justified with the commercial merchant’s company “Mercator pika (pika in slovene - dot)” (campaign for faithful customers).
For the rest of the budget which remained; the metal chain rope was created around the metal dots.  In time the surface will be covered with green climbing plants.

Sustainable Issues:  Climbing plants (evergreen) are placed around the building which will slowly cover the elevations and will become eco-green. 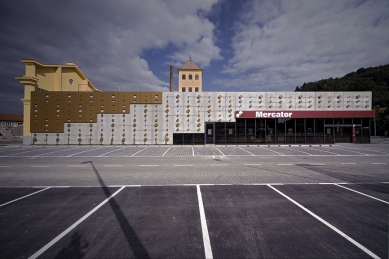 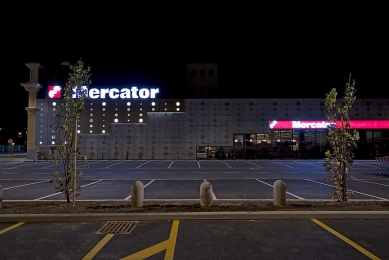 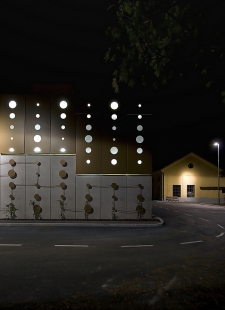 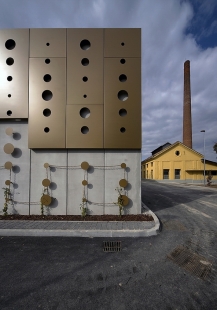 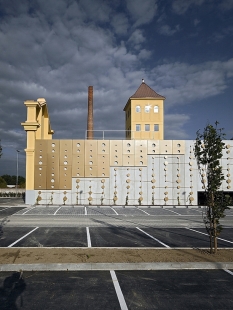 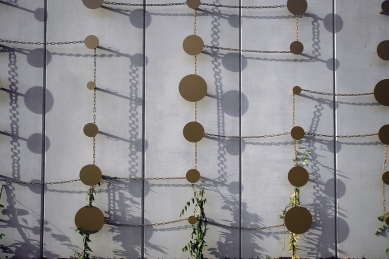 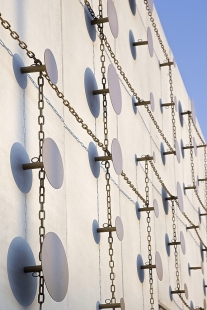 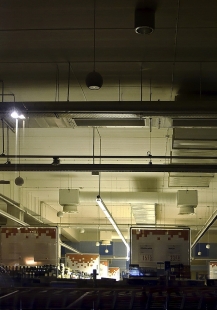 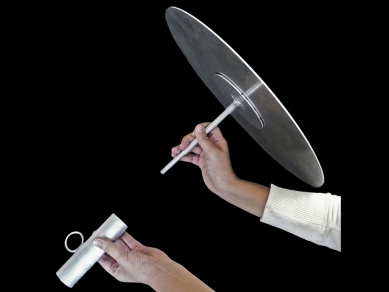 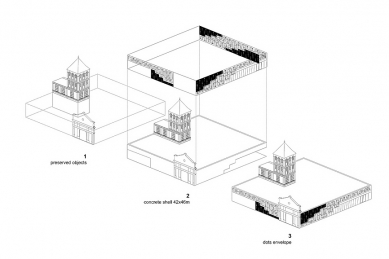 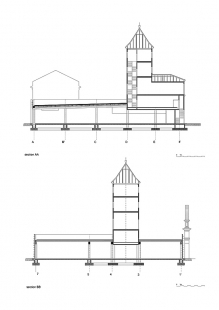 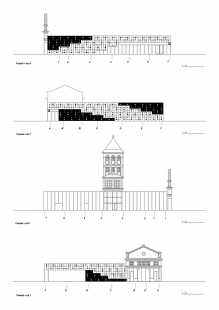