The Theatre of the World

The Theatre of the World was officially opened in Venice on the 11th of November, 1979, on the site opposite the Customs House, for the Theatre/Architecture Biennale. The idea of the Biennale was to recall the floating theatres which were so characteristic of Venice in the 18th century. The present scheme modified certain features of these theatres, while retaining the concept of building- cum-barque.
Constructed in the Fushina shipyards, the Theatre was towed across to Venice by tugboat. The building was erected over steel beams, welded together to form a raft. Its total height above the platform of the raft is 25m (82'). It consists of a cuboid 9.5 x 9.5 m (31' x 31') by 11m (36') in height, which supports an octagon 6m (20') high. The top of the cuboid gives access to a balcony with views of the Giudecca in San Marco's, almost on a level with the statue of fortune which stands on the Customs House. The tubular steel structure is paneled with wood, both inside and out.
Gianni Braghieri

On the subject of architecture, I have still a dream of great civil architecture; not the concordance of discords, but the city that is beautiful because of the wealth and variety it contains. I believe in the city of the future recomposed. In truth the recomposition does not seek a single, overall design but the liberty of a life of its own, a freedom of styles.A city that is free.
Aldo Rossi 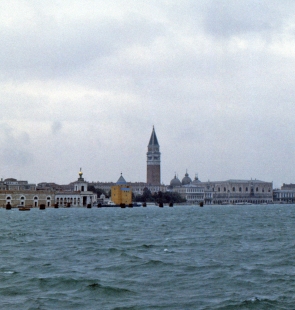 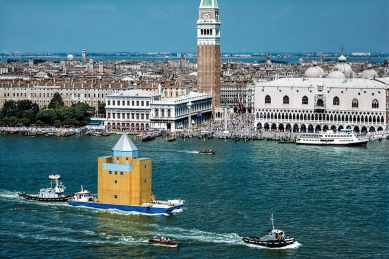 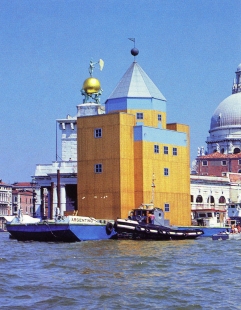 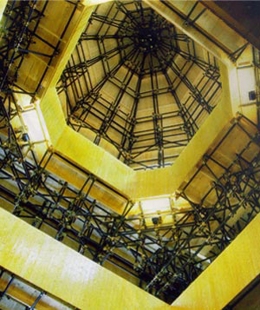 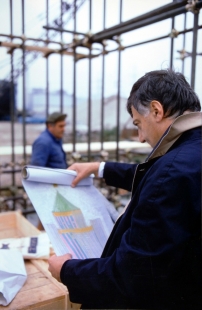 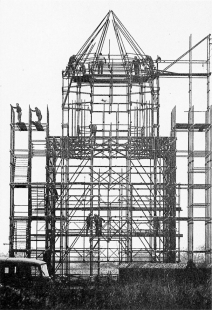 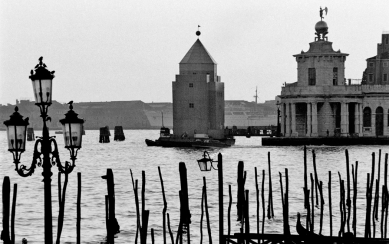 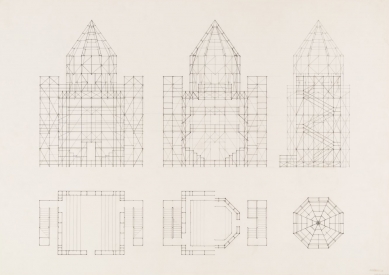 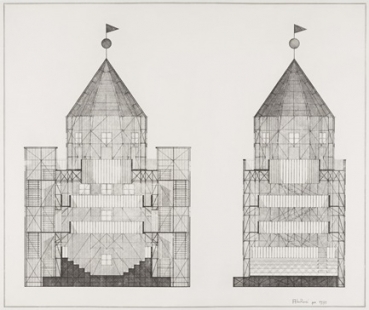 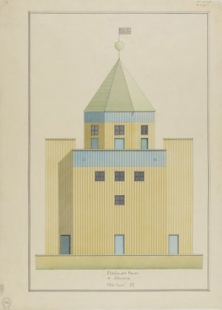 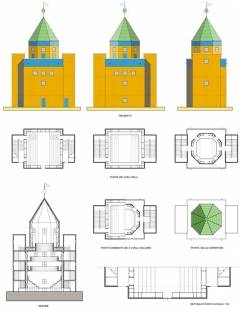 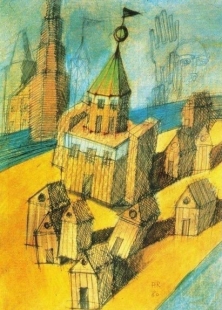 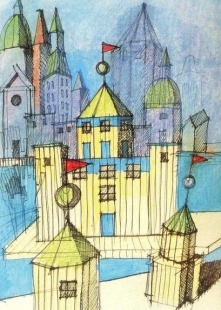 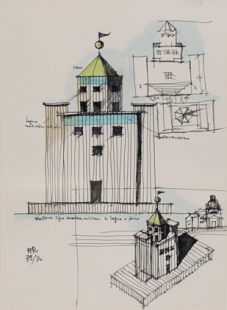 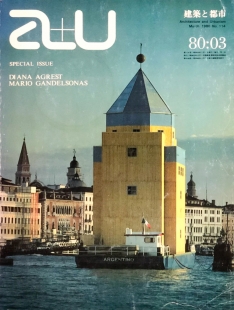 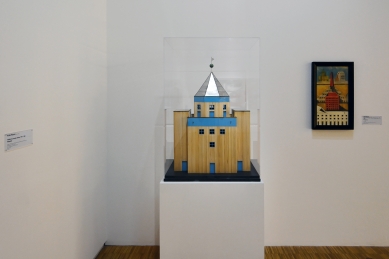 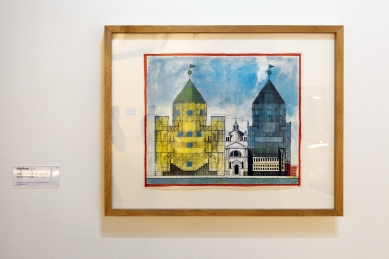