The destruction caused by the fireworks explosion of May 13th 2000 resulted in a number of Enschede’s industrial monuments becoming so badly damaged, that evidence of the city’s textile history suddenly became scarce. Meanwhile, cultural institutions such as the Textile Museum, the Natural Museum and the Twente History Museum were stagnating due to years of uncertainty about their future. These circumstances led to the decision to construct a new museum, a research centre and several other cultural institutions in the heart of the neighbourhood to be rebuilt.
It was additionally decided to retain and restore the complex’s warehouse, a remaining factory wall and several other structures even though they were not of any historical or architectural value. The development is thus hemmed in by these existing structures.
Enschede’s rich textile history is expressed in the ‘woven’ form of the tower. The saw-tooth roof form is generated by the still visible profile of the existing factory wall, and transforms into a pedestrian bridge connecting the tower to the warehouse on the opposite side of the ‘culture street’.
The new building, containing the entrance foyer, work ateliers, temporary exhibition spaces and office functions, is also connected to the warehouse via an underground connection. This subterranean link, and the bridge above, creates a loop between the new building, the warehouse and back, negating the necessity to cover the street, and enclose 1000m² of inefficient floor space.
All functions, including the residential accommodation, can now be accessed from the street. The terrace of ground-connected housing is compressed, resulting in facades that are tall and narrow. In order that each function receives frontage on the ‘culture street, ’the entrance hall is similarly
squeezed. 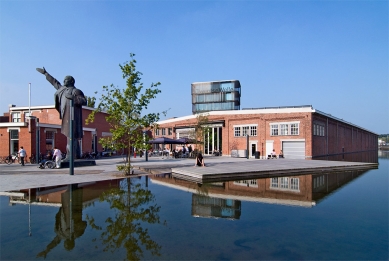 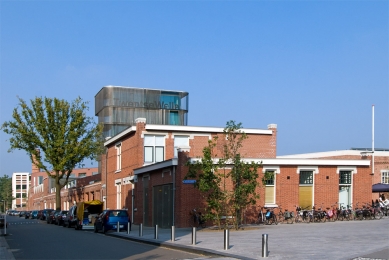 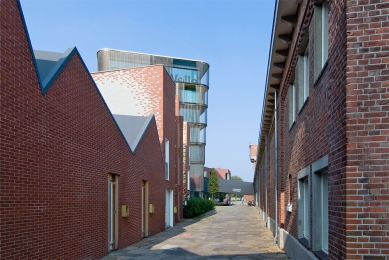 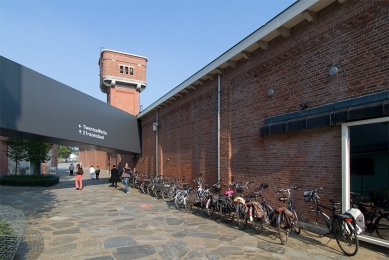 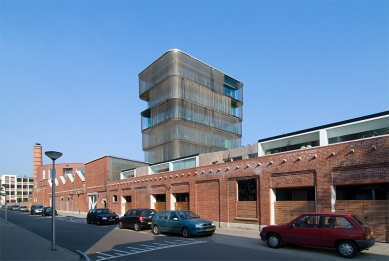 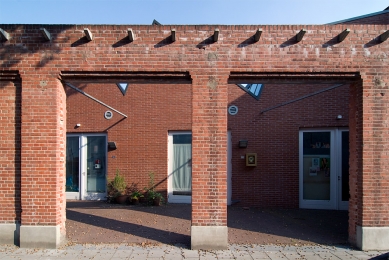 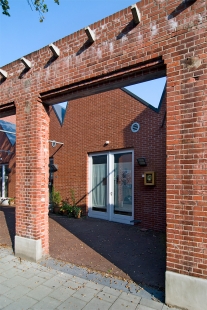 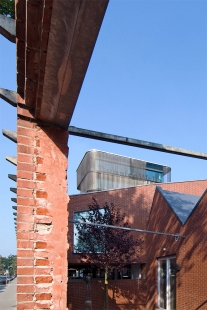 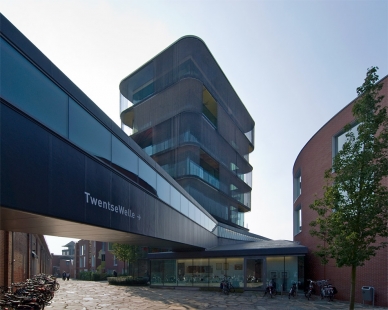 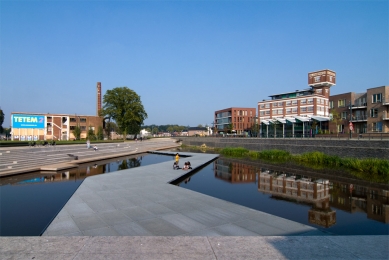 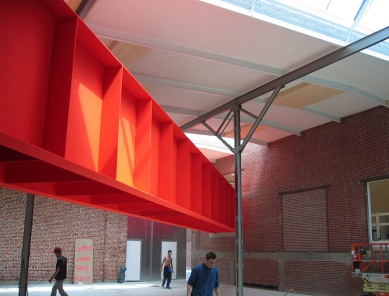 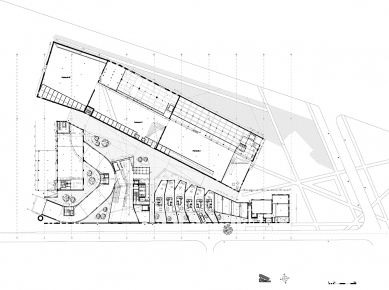 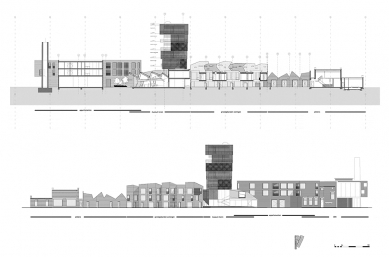