We designed the Pavilion to represent Chile in Expo 2015 Milan. Always with the knowledge that the world fair will only last for six months and then the building should be dismantled to restore the site to its original condition. With that in our minds, in order to do a more sustainable project, we decided that the pavilion had to be rebuilt in a new place to extend its lifecycle. Therefore we designed a wooden Meccano like structure that could be easily assembled, disassembled, transported and reassembled in a new location back in Chile. We also designed its spaces flexible to host different uses and scenarios in the future. Once the Expo was finished it was decided that the new home for the pavilion was going to be Temuco, the capital city of the Araucanía Region. The chosen site was at the foot of national park Cerro Ñielol, a natural hill important for its proximity to the city center and for being a sacred place for the Mapuche (native inhabitants of the region).

Project Objectives Description
From the very beginning, we thought that the pavilion had to be wooden made. There is a beautiful and rich tradition of wood construction in our country, which roots are found in the European colonization of America. Wood is also one of our most important natural resources; it is a renewable material, being Chile one of the countries with the highest reforesting rates on the planet. Formally, the pavilion is a simple box or container whose expression is defined by its reticulated structure.
Structure and architecture is one single thing. From distance it appears as a totality, acquiring a monumental scale; as you get closer the complexity of the structure and the size of its components gives the building craftsmanship quality and a human scale. The wooden box is seating on 6 steel pillars. This “bridge-like” condition liberates the ground floor creating visual transparency and allowing free stroll of the visitors. At the same time, this strategy establishes a close relationship between urban space and intimate space, narrowing and fusing the line drawn between the public and the private.

Performance Description
For both scenarios, Milan and Temuco, the building was designed to be and to feel public. The open ground floor, now reinforced by a large green square, welcomes the visitor prior to access the exhibition. The showcase, named “El Amor the Chile” speaks of the chain of affections involved in the production of foods (Theme of the Expo) expressed through a series of audiovisual installations and ending back on the ground floor, where the public can taste Chilean food by sharing a 50 meters long single table.
This exhibition will stay in the new location for a period of time, so local people can live the Milan experience. Later, it will be replaced for a center for the diffusion of the arts and crafts of the native peoples and fair trade. The pavilion counts with a small auditorium and a multipurpose room with an independent access, allowing hosting temporary events without interrupting the regular exhibit. It also has a shop for selling products from small producers and craftsmen. The outdoors green area can be used for large events such as concerts or craft fairs. 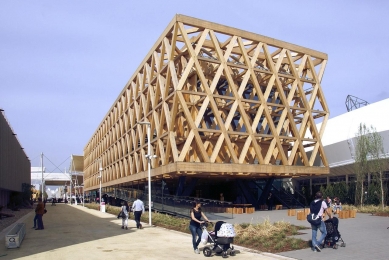 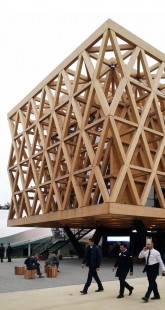 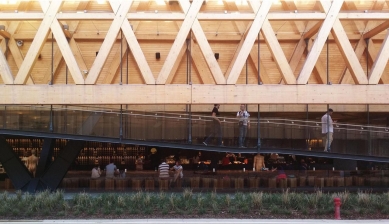 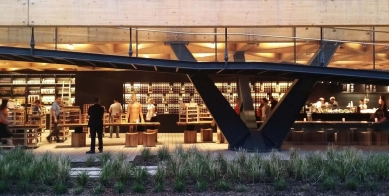 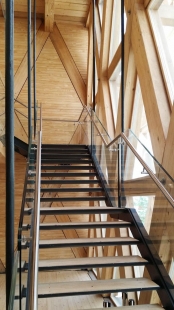 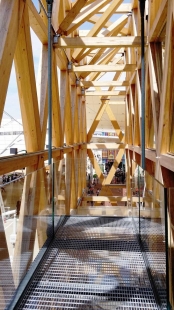 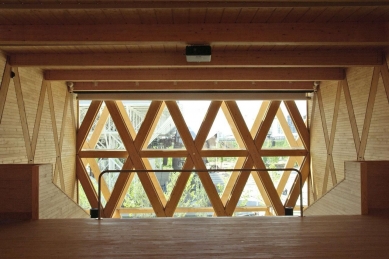 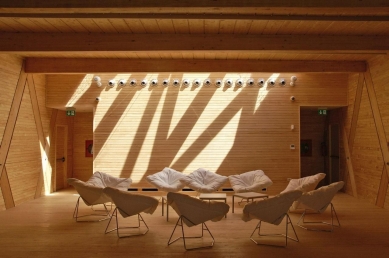 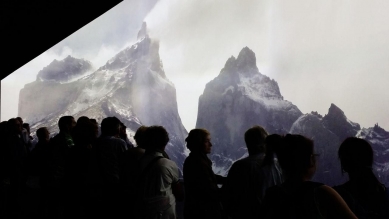 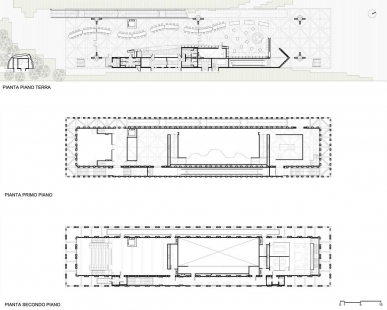 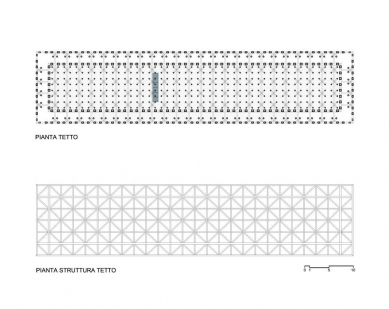 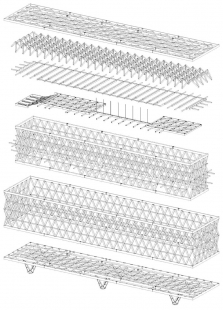 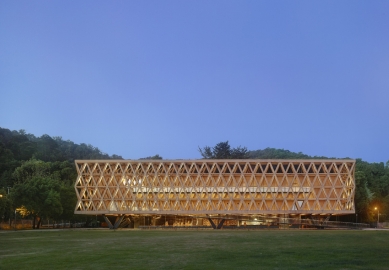 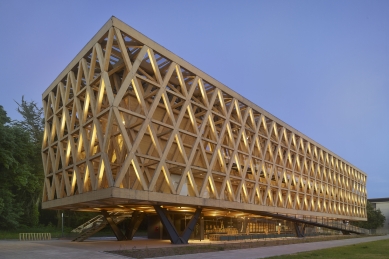 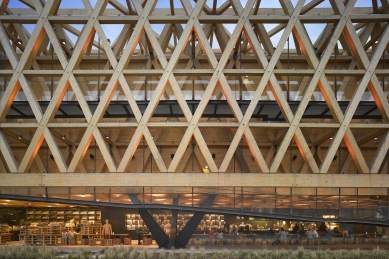 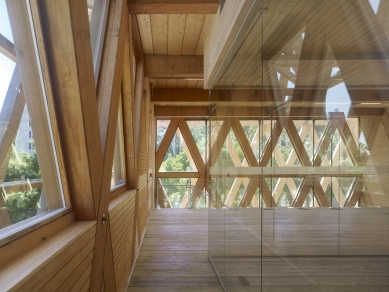 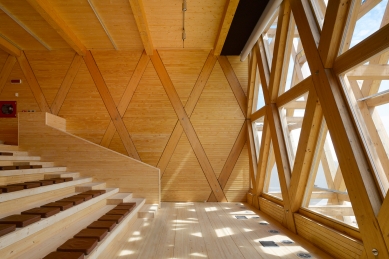 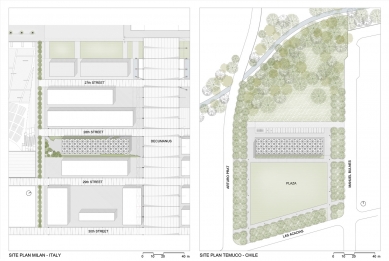 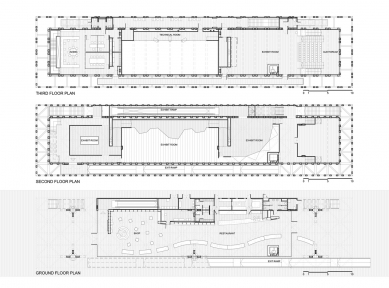 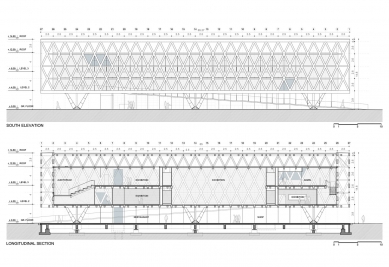