The Czech House in Sweden

Scandinavian countries are renowned for their positive attitude to nature and their weakness for everything associated with ecology, so in the year that Sweden took over the presidency of the European Union no one could be surprised that a unique project presenting ecological housing was launched in Malmö.
The European Village project was established at the instigation of the Swedish government and is supported and co-ordinated by the European Commission and organised by the Swedish institution Boverket.
The European Village is comprised of houses built by member and candidate countries of the European Union representing the current approaches taken by these countries to the construction of the residential buildings of the near future. The individual houses have been designed to conform to the national legislation of each participating country incorporating the 89/106/EEC Guidelines on building products or the legislation of another member state in cases in which the national legislation has yet to be harmonised. In addition to the basic quality and purpose of the building, great emphasis was also placed on its low energy demands and environmental friendliness, and priority given to the use of national building materials and technology. The final result is expected to be an architecturally diverse composition of the European Village as a whole.
The area of land designated for the construction of the village is part of the Bo01 international housing exhibition site. The exhibition was opened on 17 May 2001 and will close on 16 September 2001. The exhibition area is located on the site of the former industrial port in Malmö and has had a transport connection to Copenhagen over a new bridge across the Oresund since 2000.
Each country is represented at the exhibition by a supplier (developer), which builds a house at its own cost. The Czech Republic is represented by the company PSJ INVEST, a.s. The houses will be open to the public during the course of the exhibition and sold on the open market after it closes.
The Czech House has been designed to form an individual component of the diverse development within the European Village. Its simple shape, generous interior spaces and architectural, material and energy conception form a coherent whole. Its designers have strived to come up with a design that reflects the feelings and needs of man at the beginning of the new century. It has a unique position within the village, since it will be the only house to have a view of the sea following the completion of all the other buildings around it.
The house has three storeys and is designed to meet the needs of a family of four or five. Its interior spaces have been designed to provide the members of the family with the necessary privacy on the one hand, while on the other hand allowing for their family life together, receiving visitors and holding small social events.
The garden forms a natural continuation of the living areas of the house and is connected to the glazed part of the ground floor by a wooden terrace or "deck". In addition to an open lawn space it also offers an area for barbecues with a greater degree of privacy, and passes gradually into open vegetation on the bank of the canal.
The house is designed to have low energy consumption for heating, ventilation and hot water. Consumption of drinking water is reduced by the use of rainwater for WCs and watering the garden. The materials and technological procedures used were selected with a view to low energy consumption during production, low emissions of harmful substances and easy recycling following the end of the building's useful life.
An energy assessment on the building and its effect on the environment has been drawn up in accordance with the "Green Building Challenge 2000 - GBC 2000 Assessment Manual". In view of the fact that the house has to be built within a few short months, its constructional elements are largely prefabricated from light materials.
The designers of the Czech House see the Czech contribution to the European discussion on contemporary housing, which is sure to be initiated by the European Village project, as continuing in the tradition of cultivated architectural design and the overall friendliness of the building, reacting to the specific conditions of its location. 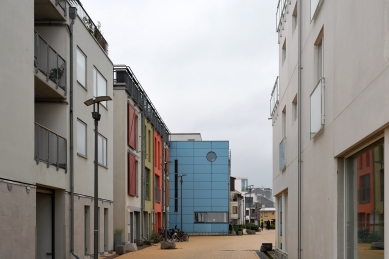 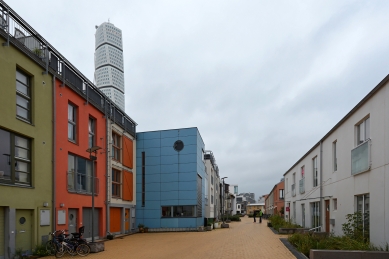 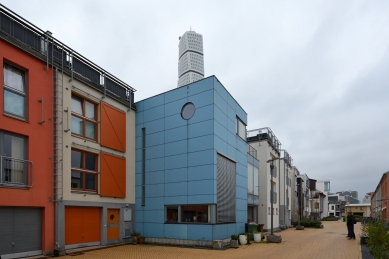 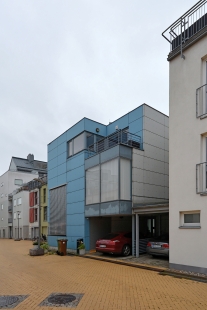 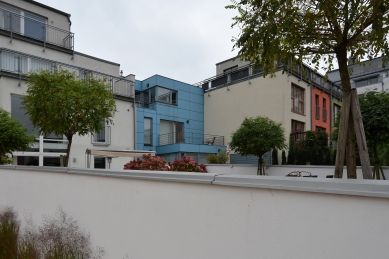 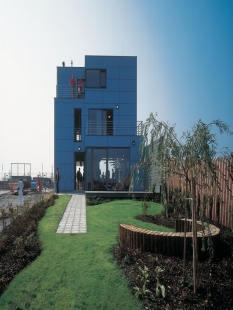 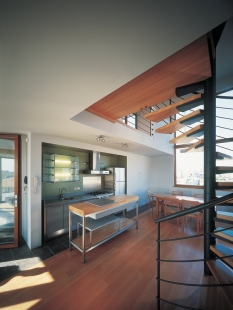 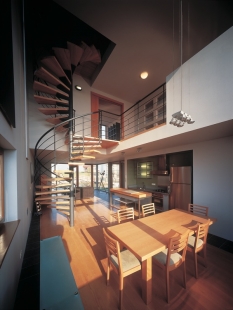 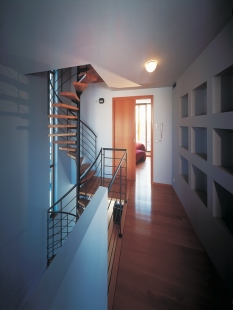 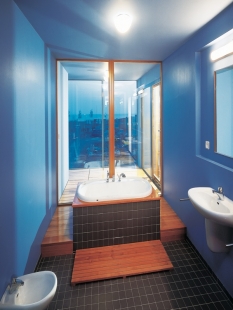 Information Center of the Technical University in Liberec