Czechoslovakia Pavilion in the Giardini

Sensing the Common Ground
When, in 1996, Hans Hollein determined the main theme of the 6th International Architectural Exhibition in Venice, he emphasized the role of the architectural profession in the sensitive registering of new trends and the prediction of future needs. There is no doubt that the architectural exhibitions in the Giardini are likewise a seismograph of the current architectural situation. Like a seismograph, however, that cannot predict the future but merely register the ongoing motions of the lithosphere, the exhibitions also simply offer a picture of the current situation and tell only a little about the future. Nevertheless, we can discern in architectural exhibitions many references that point toward the future. In this regard, no exception holds either for the national exhibitions or even the national pavilions themselves.
The Czechoslovak Pavilion represents an exemplary example of the diverging views on the common subject of a national pavilion. In a way, it is a site lying at the breach of continental plates, for a brief time a shared territory, then suddenly two colliding parts of the former whole. The Czechoslovak Pavilion, which is not exceptional in itself, can nevertheless be intriguing when looked at as an experiment in the sustainability of a common ground. From its very beginnings it has namely been shared by two closely related yet different cultures, two ethnicities that once were connected in a single national state.
Czechoslovakia was offered the possibility of having its own pavilion in the Giardini shortly after the declaration of the republic in 1918. The pavilion was formally opened during the 15th Biennale of Arts, and its position is indicative of the geopolitical situation in Europe at that time. As one of the successor states to the peace treaties after World War I, Czechoslovakia was to a certain extent under the protection of the victorious powers Britain and France, and these countries were the closest neighbours to the newly constructed pavilion. As such, Czechoslovakia acquired, through its pavilion, a position in the centre of events at the culminating point of the Viale Trento in a circle along with the French, the British, and the Germans. This position reflected precisely the Czechoslovak cultural elite’s view of their place within Europe, in terms of associated artistic spheres, sources of inspiration, and patterns for the guidance of their own creative output. Moreover, the close proximity of the French Pavilion further underscored the exceptional importance of France, not only as a political ally, but as the great cultural model for Czechoslovakia. Indeed, similar affinities are not unusual in Giardini: for instance, the proximal relation between the pavilion of the United States and the later pavilion of Israel; or the Canadian Pavilion where the location symbolically indicates the country’s relationship to the British Crown.
As other national pavilions were added in the second half of the 20th century and the development of the Giardini grew denser, the position of the Czechoslovak Pavilion changed too, as if unconsciously indicating the weakened position of Czechoslovak culture in the international context. Under the heavy growth of trees, the pavilion became one of the few comfortable transitions through the surrounding spaces, and thus a useful shortcut between the main square with the French, the British, and the Germans and the footbridge leading across the Rio dei Giardini to the Isola di Sant’Elena.

Unfortunate Pavilion
Without a doubt, the transitional atmosphere is strengthened by the spatial design of the pavilion, in which the main communication axis leads directly from the entrance to the exit, and the large skylight further underscores the sense of a public space without intimacy. The pavilion was designed by architect Otakar Novotný, a leading personality of the Czech artistic avant-garde. Nonetheless, his response to the commission was not strictly functionalistic: Though the upper skylight and solid walls do reflect the early 20th-century ideas about art exhibition, the classical architectonic language situated the pavilion in both the immediate surroundings of Venice and in the shared European tradition of antiquity. For many decades the pavilion formed an almost ideal setting for Czechoslovakia’s national displays. It was only after the division of the Czechoslovak federation that this continual space, highly concentrated and strongly vertical, which could not truly be divided into individual exhibitions with respect to the relatively small floor area, become seen as problematic, indeed “unfortunate”—in the words of the Czech-born Austrian architectural critic Jan Tabor. The common ground soon changed to an uncertain one.

The Common Base
The first exhibition of Czechoslovak architecture in the Giardini occurred in 1991 during the 5th International Architectural Exhibition. The national exposition, under the title “The Poetics of Sobriety—Czech and Slovak Neo-Functionalist Architecture,” presented both iconic works of Functionalism and unrealized designs from the early 1990s that drew upon them in their neo-modernist form. The exhibition was not only a presentation of the very best of the shared modern architecture heritage, but also the outcome of harmonic cooperation. The intellectually and aesthetically consistent concept remained for several years an almost nostalgic recollection of common territory—particularly in the wake of its being shaken to its metaphorical foundations.
In the summer of 1992, the representatives of Czechoslovakia decided to separate the country into two independent republics, Czech and Slovak. Though the pavilion remained a shared property, the exhibits following the “Velvet Divorce” were accompanied by a wide range of problems, from an inability to agree on a joint exhibition, through difficulties with financing, up to a repeated search for balance between the general theme of the Biennale and the potential of both architectural communities to make a relevant contribution to the subject. One characteristic image of the “divorce” was the subsequent exhibition in 1996, where two separate national exhibitions were on display in the shared pavilion. One of the exhibitions showed the autochthonic church architecture in a tiny Slovak village, while the other was the ambitious work of a leading Prague architect. These exhibitions not only were incompatible and separated, but there was no communication between them at all. They were the image of the division of a shared state, the result of incomprehension and a mental gap.
Fortunately, the exhibitions for the following year, 1997, managed to reveal the potential of both a jointly shared cultural sphere as well as of the pavilion’s space. The exhibition “Wall-Paper Dispositive” revealed the sensitive and problematic points of the shared Czechslovak cultural and social area: high-rise housing estates, borders, natural externalities. In writing about the notion of “exhausted contexts,” Czech philosopher Václav Bělohradský, albeit unintentionally, thematized the Czechoslovak Pavilion as well.
Since then, the curatorial concepts have repeatedly oscillated between the search for a common ground and a confirmation of the exhausted context of the national pavilion. The continental plates beneath the pavilion have ceased to collide with each other; the seismographic record shows only a small tremor. And all this is happening precisely 20 years after the moment when Czechoslovakia ceased to exist. Paraphrasing the words of David Chipperfield, “the sharing of differences is critical” not only “to the idea of an architectural culture” but also to the idea of humankind in general. And this sentiment too can be an interpretation of the seismographic record written by the Czechoslovak Pavilion.


Henrieta Moravčíková was born in 1963. She studied architecture at the Slovak University of Technology in Bratislava. She is the head of the Department of Architecture at the Institute of Construction and Architecture, Slovak Academy of Sciences in Bratislava, where she is a senior researcher focusing on critiques of 20th- and 21st-century architecture. She is the editor of the scientific journal Architektúra & Urbanizmus and the chair of the Slovak chapter of DOCOMOMO International.
She has published numerous studies and critiques of 20th-century architecture. Together with Matúš Dulla, she prepared a landmark monograph on Slovak architecture, titled 20th Century Architecture in Slovakia (2002), and edited the first synoptic monograph on Slovak architecture, Architecture in Slovakia: concise history (2005). Her latest book, Bratislava: Atlas of mass housing, was published in 2011. She lectures in postgraduate studies at the Faculty of Architecture, Slovak Technical University in Bratislava. Moravčíková has been awarded the Award of the Literary Foundation and the Martin Kusý Prize for theoretical work in the area of architecture. 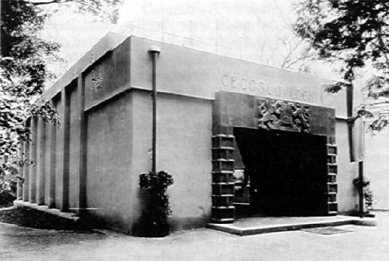 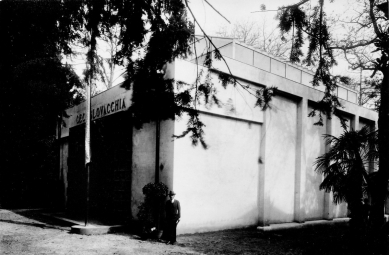 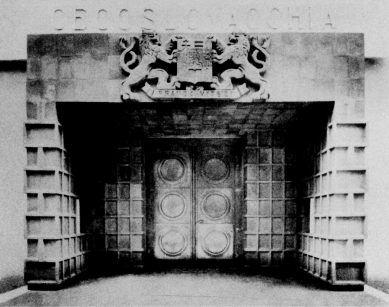 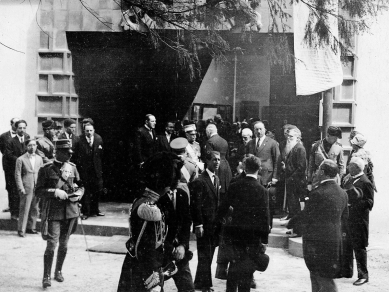 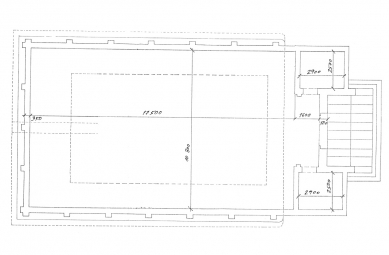 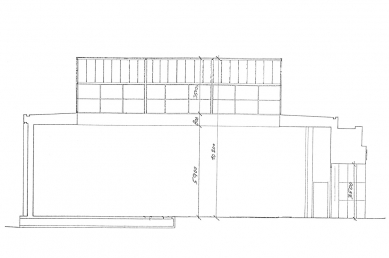 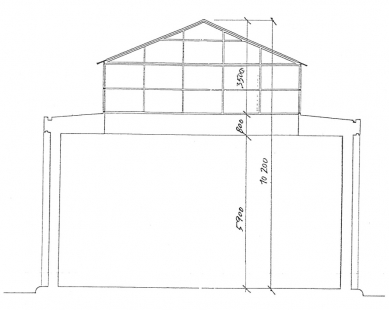