On the former airport Ypenburg, near Nootdorp, next to Delft, a large new neighbourhood has been built, with a clearly defined centre. A series of high-rise housing combined with commercial space was designed by Rapp + Rapp and has a very urban character, in strong contrast to the mainly single-family-dwelling set up of the rest of Ypenburg. The skyline of these marking towers glows in the dark and function as a beacon and general orientation as they are clearly visible from far away. The design is inspired by the Toscan city of San Gimignano with its (formerly 70, now) 13 medieval towers. These towers were built by upper class families who wanted to outshine each other by building an even higher tower. Apart from creating a wonderful new visual identity for Ypenburg, Rapp + Rapp succeeded in making interesting public space by narrowing the streets in-between the towers. This way the dense urban feeling is enhanced. 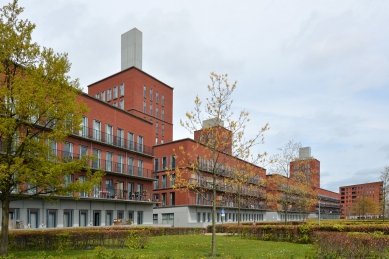 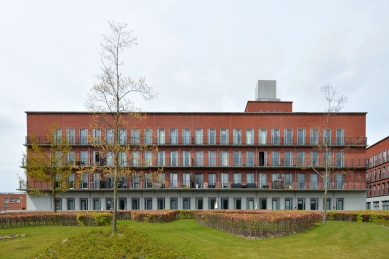 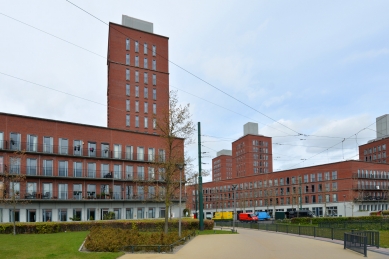 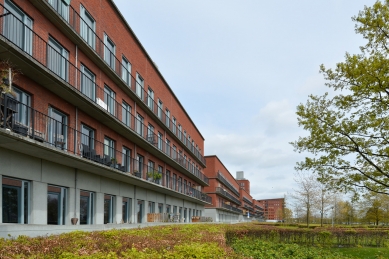 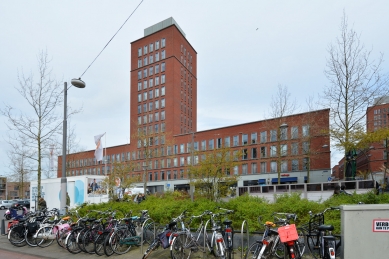 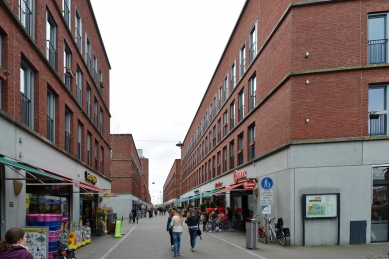 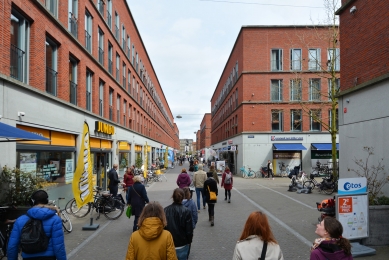 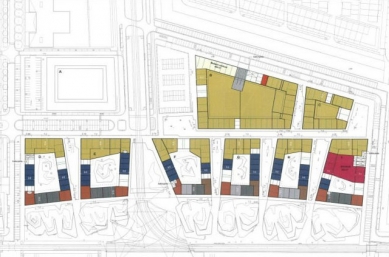 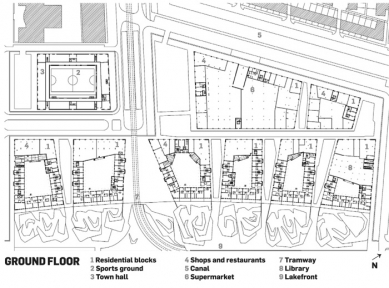