Mighty pillars that appear to resemble the feet of some giant elephant are the first thing to meet the eye of the passerby from street level. The roof reminds him of a completely different animal: it is bordered by a jagged line similar to the backbone of a gigantic dinosaur. A facade extends between the two, including a number of small, elegantly curved balconies that seem to stick to the front of the house like birds' nests on the face of the cliff. The facade itself glitters in numerous colours, and small round plates that look like fish scales are let into it. There are no edges or corners here; even the walls are rounded in undulations and have in essence the feel of the smooth skin of a sea serpent about them. 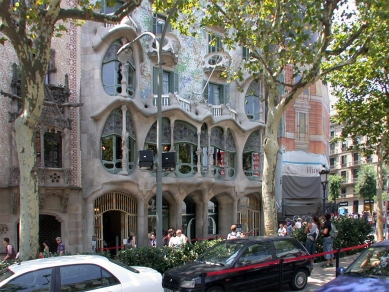 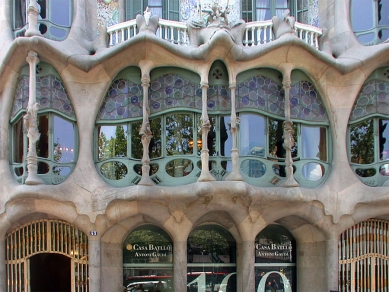 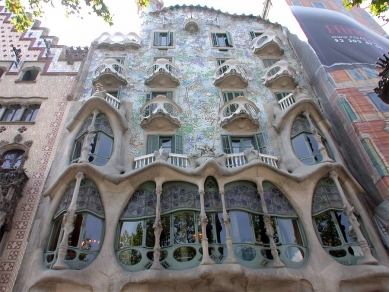 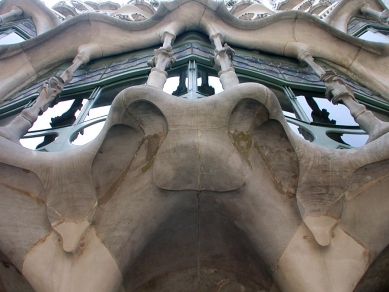 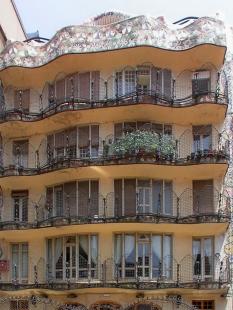 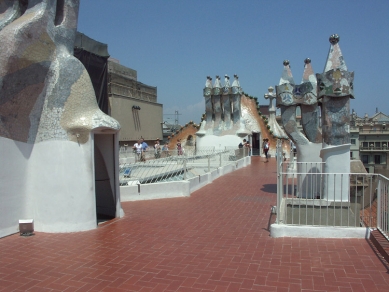 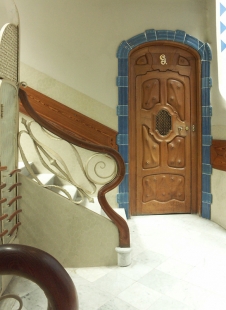 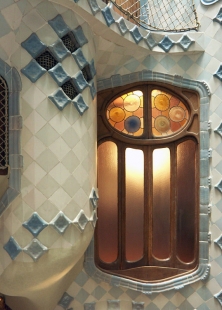 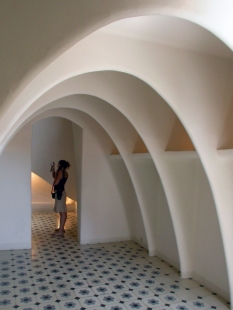 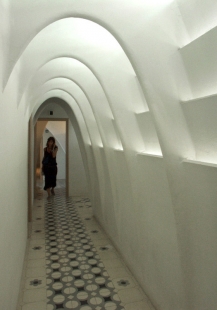 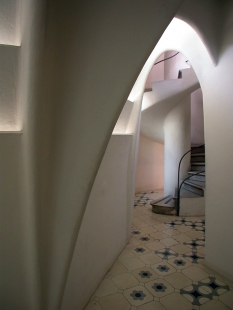 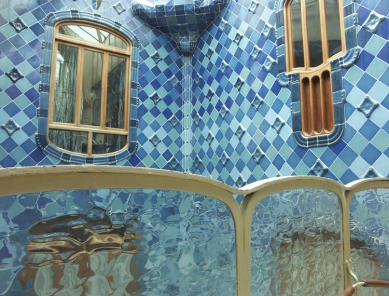 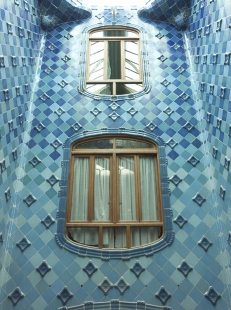 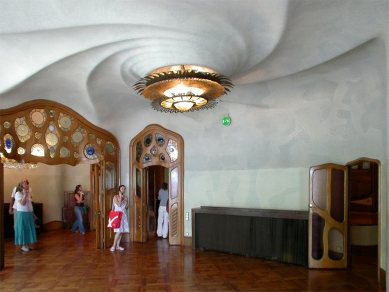 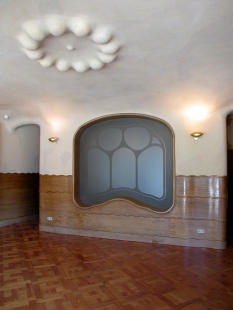 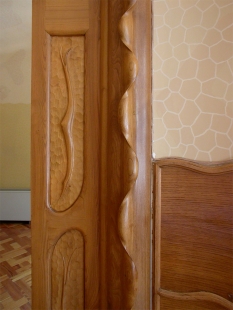 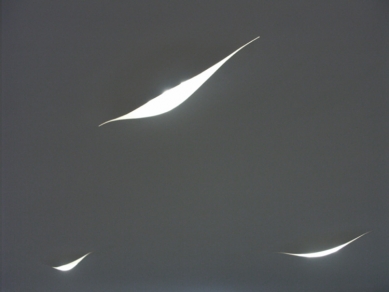 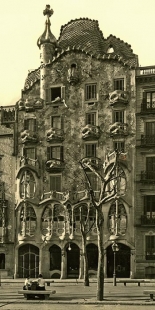 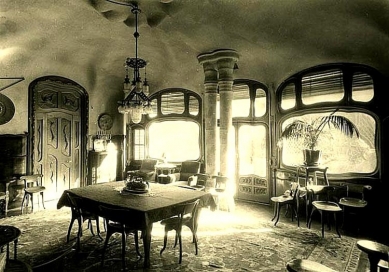 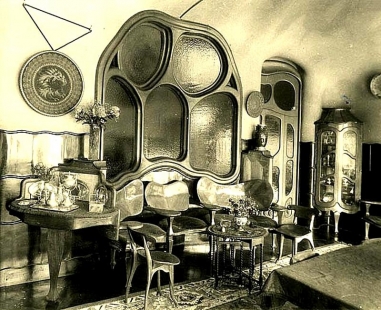 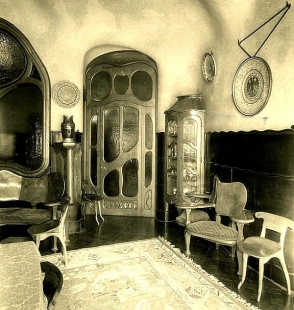 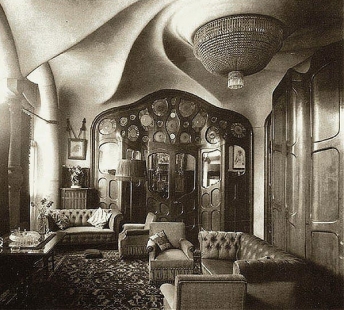 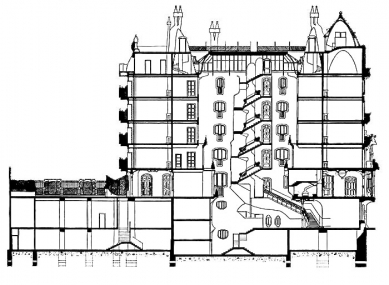 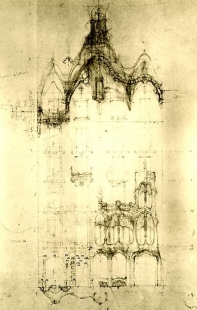