Kiral (chirality = is the geometric property of a rigid object of being non-superposable on its mirror image; such an object has no symmetry elements of the second kind) is the name that identifies and transmits personality to the residential building designed by ARQMOV Workshop. It is located in Colonia Juárez, Mexico City, a few blocks away from the traditional Reforma Boulevard (Paseo de la Reforma), a cultural and touristic corridor in the most important and populated city of Mexico.
Kinetics and Op Art inspired the project, transmitting an optic illusion of movement that requires and captures an active attention from the viewer. Mexican society experiences a continuous and uncontrolled motion; therefore the building responds to this phenomenon and reflects the reverberation of the city.
By the geometric interplay of forms, a dynamic course is achieved, focusing on the main façade as a significant backdrop for the viewer. The horizontal and vertical lines of the balconies create a perfectly modulated grid. This grid is then perceived in a three-dimensional plane where overlapping spherical shapes are once subtracted, then extruded, resulting in a façade that moves. It moves depending from which angle the observer approaches the building; it moves responding to a play of light and shadows throughout the day; it moves, as the city itself is moving.
The 17 apartments are arranged around a common courtyard, which allows natural light and cross-ventilation. A gym, a roof garden complement a thorough design based on the logical principle of organization. There are one and two-storey apartments with balconies that give the building a sense of community and harmonious coexistence. Every apartment benefits from a private indoor and outdoor space, sharing main services, and maintaining privacy at the same time. 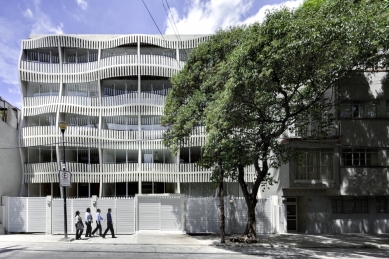 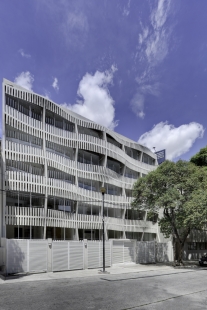 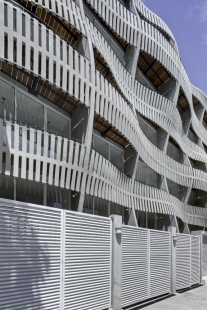 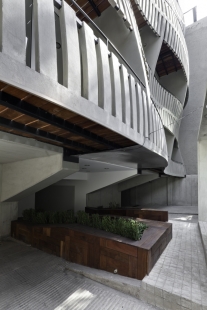 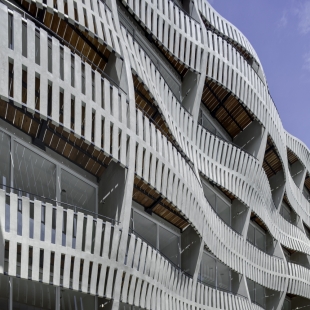 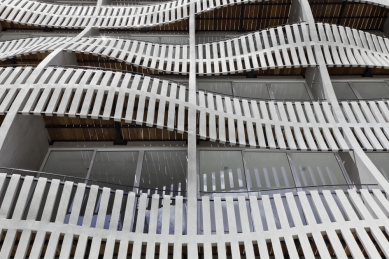 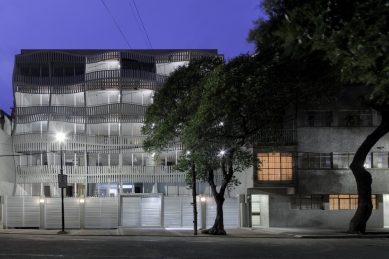 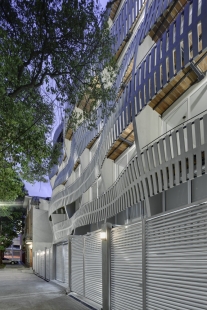 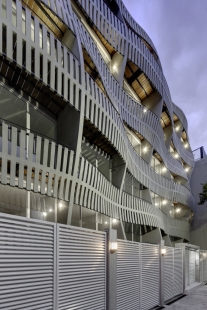 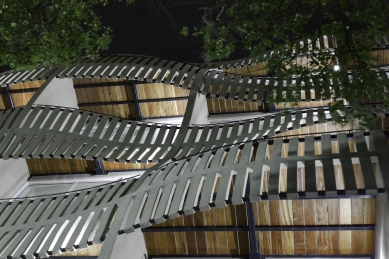 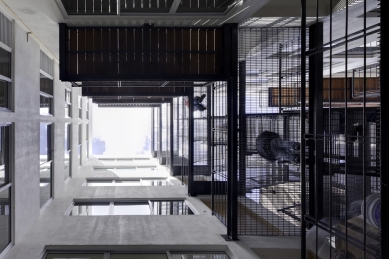 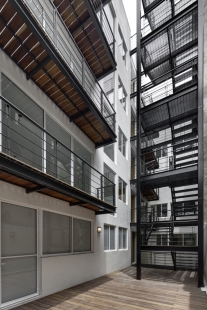 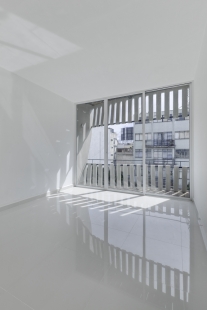 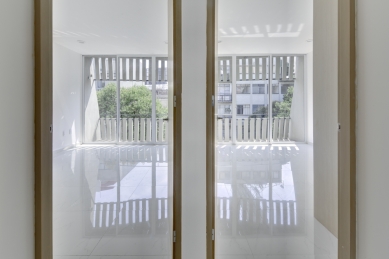 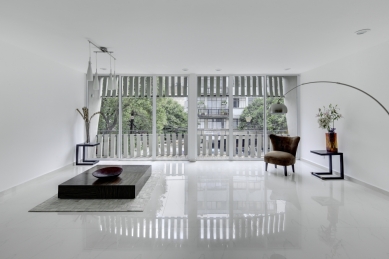 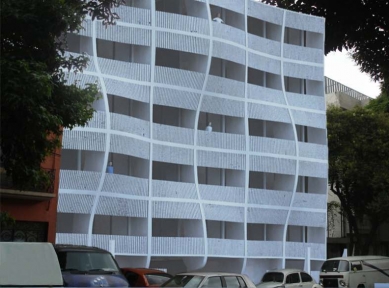 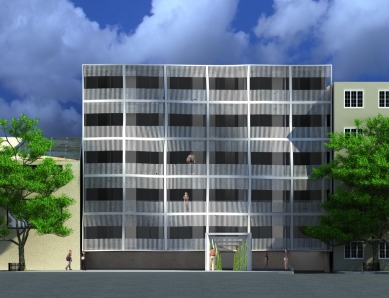 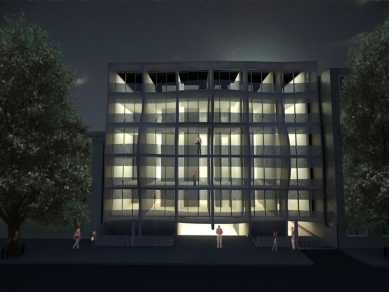 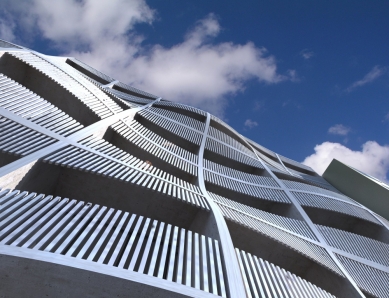 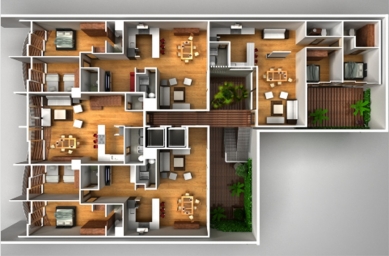 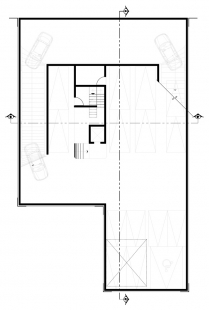 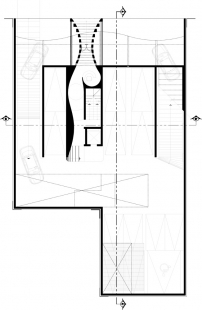 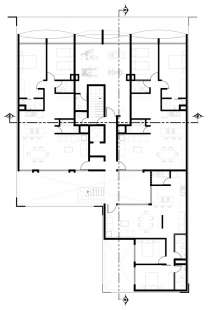 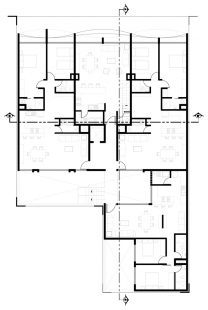 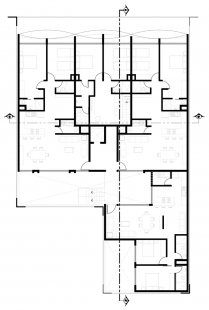 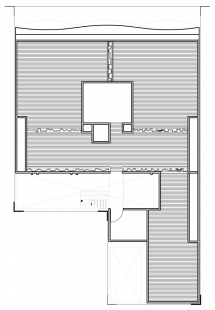 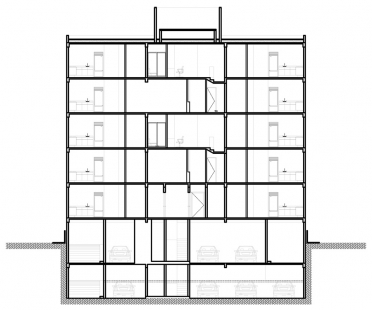 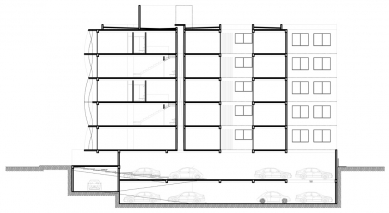