Architect: OFIS arhitekti | Rok Oman, Špela Videčnik
Address: Mestski trg 26, Ljubljana, Slovenia
Investor:DZS d.d
Completion:2011
Area:2420 m2
Site Area:692 m2
This project involves the renovation of three Baroque block houses with an enclosed internal court in the old city center next to the City Hall, opposite the Robba Fountain and close to Plecnik’s three bridges.
The ground floor is used as bookshop and the spaces above on the first floor were used for offices and last adapted in the early eighties. The internal court was rebuilt as a closed, semi glazed service space used for the building’s main air conditioning devices.
The brief required to connect the houses into one single unit with implementation of 12 apartments around the small internal court. Baroque elevations facing the street had to be mainly reconstructed to their original state, the internal court on the other hand could be adapted and revitalized; both under the State Heritage supervision. The concept reinstates the existing court as a new central communicating space between levels and apartments. At the same time provides light into the apartment spaces overlooking the court. Since the court is very narrow and enclosed from all sides the main concern was how to provide as much light as possible and to become a central form of internal garden. The result is a fully glazed envelope formed along with reflective elements covering historic elements on the courtyard elevations.
The reflective elements are outlines of historical stone arches, pillars and slabs, which were discovered during the construction. These historical elements become part of the interior and form reflections on the glazed envelope. Together with the transparency of the apartment spaces and reflective elements the court benefits from additional light and visual elements. Exterior features such as tower of Ljubljana Dome and the castle are also reflected down into the courtyard.
Sustainable issues: Maximum spaces are used for living areas, the internal court is open-air; gains natural light for internal apartment spaces together with providing natural ventilation, except for roof apartments additional air condition is not needed. 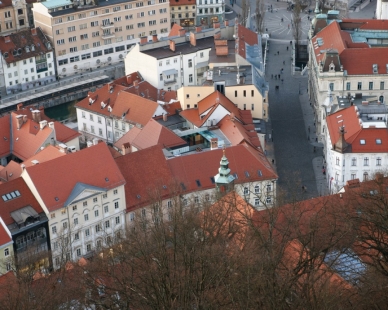 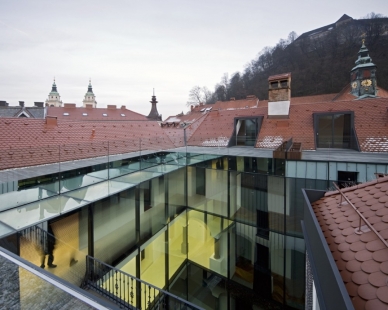 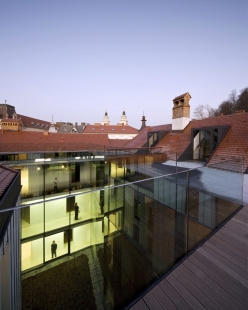 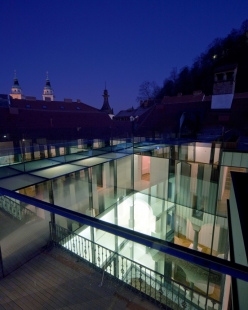 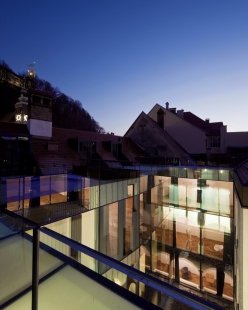 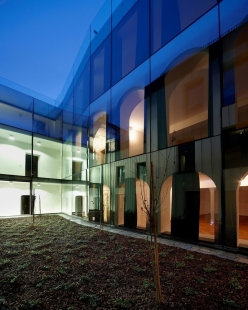 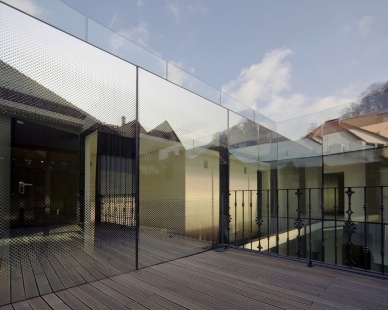 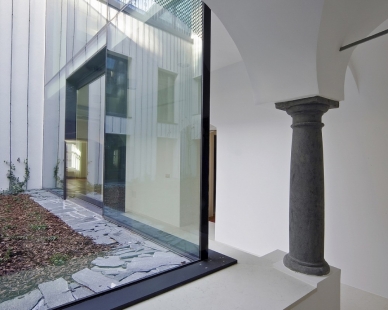 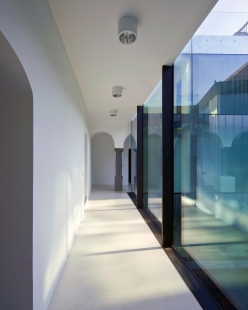 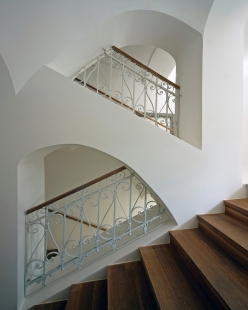 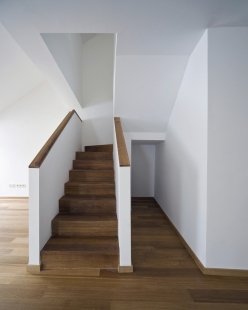 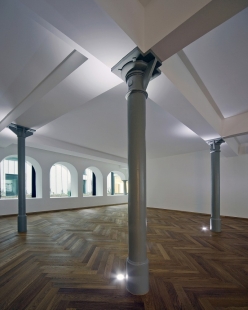 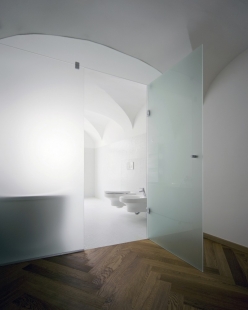 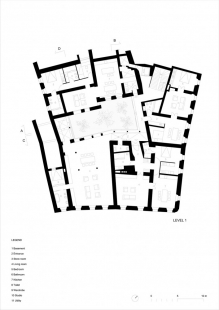 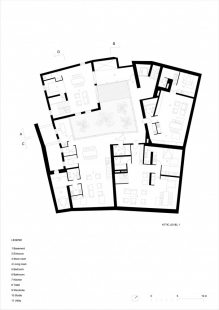 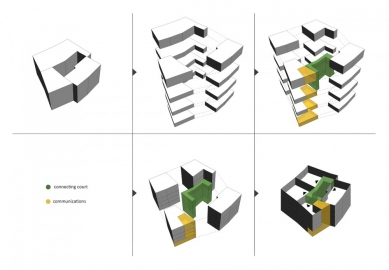