Štefánikova Street is known as traffic route in the city center, yet it has the potential to be a city boulevard. It has a unique character with a varied structure of buildings from different historical periods. Two original buildings from the fifties and the seventies were reconstructed. Both were previously connected and operationally functioned as one building. Characteristics of both buildings were their to date street-facades (also known as buildings of railway engineering).
The aim of the reconstruction was to create a modern business center of class A. The building was extended towards the courtyard and in addition to the original one basement, two more basement floors were created (for parking). Also, there was a superstructure made of one of the floors above the original roof. The aim was to preserve the historical ties of the buildings and the boulevard character of the Štefánikova Street. Further aim was to involve the parterre into the street life.
Buildings of the 50-ies are recognized as the period in which they arise. Gradually disappearing from our cities, this layer of history is often covered with another layer. Despite the fact, that there was a possibility to build a new and attractive facade, the idea to maintain and enhance the spirit of the '50s has become essential for the project.
Since the technical condition of buildings and construction system did not allow for the required flexibility, the building of the 50-ies was demolished and re-created as a replica of the original facade. Materials, such as travertine cladding on the parterre or mosaic facade were applied again on both buildings. The elements have been reconditioned or replaced by replicas (railings or inscription on the buildings). The original inscription on the building found its place on the facade once again, but in a new form, which after deciphering reveals the original name. The project combines the demands of modern, flexible, energy-efficient buildings with the preservation of historical values and spirit of the ' 50s.
From the street, the unifying element of these buildings became a parterre and the superstructure above the 6th floor. From the courtyard, the buildings are united with an austere modern facade allowing flexibility of the interior. The unity of the two buildings was strengthened by eliminating the difference between the facade and roof. As materially as well as tectonically, the roof plane and the facade appear as a single entity with different inclinations. There were daring technical solutions applied, which have never been implemented in Slovakia before.
The building has nine floors, three underground floors and 65 parking spaces. There is a central entrance with reception and two retail spaces on the ground floor. The offices offer variable disposal solutions as required by owners. On the top ninth floor is a terrace with a view over the rooftops, overlooking the Slavín, Bratislava Castle and the Presidential garden. There is also a smoking terrace on the roof.
Thanks to innovative environmental technologies is a building classified as a green building. Within the pre-certification, the building itself meets the strict quality standards according to the international method BREEAM (Building Research Establishment´s Environmental Assessment Method). Heating and cooling is provided by heat pumps. Parking is available on one over ground and three underground floors. The architects managed to ensure an above standard number of parking spaces for their clients. In addition, stands for bicycles are also available, as well as a dressing room and a shower in the garage. 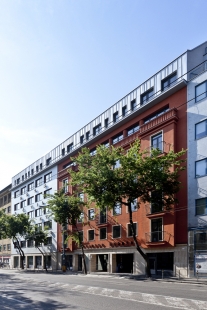 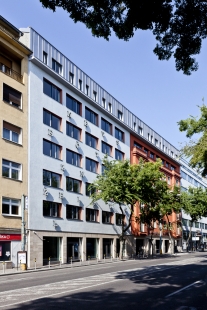 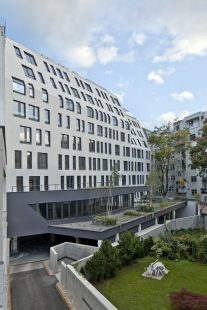 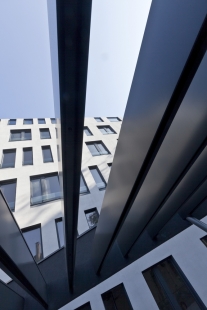 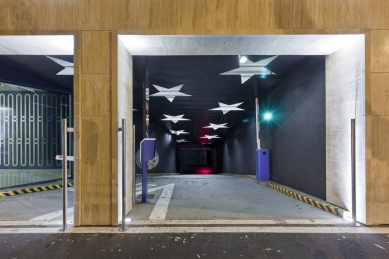 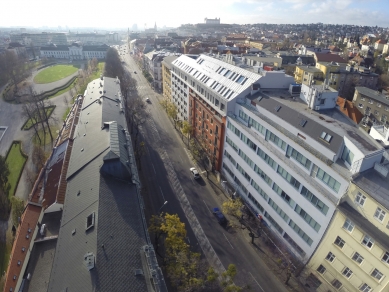 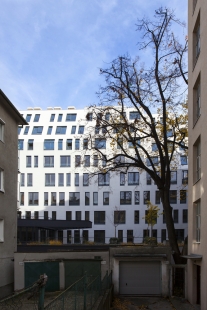 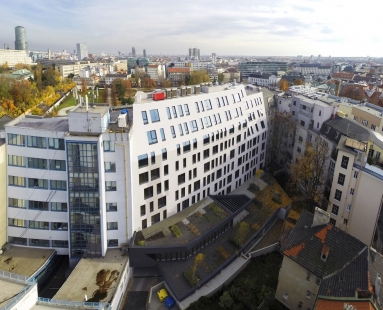 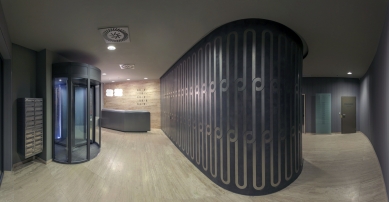 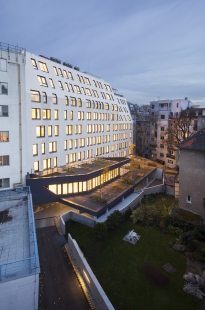 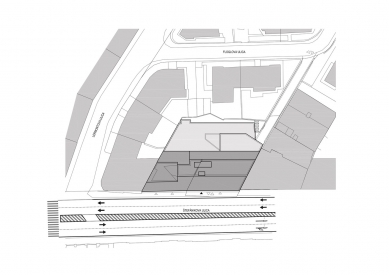