The empty and forgotten semi-basement space in the 19th century Ljubljana corner building, which faces the riverside and a rarely frequented stairs-street, housed diverse ventures in the past, from a local butcher shop to a wholesale wine store. Instead of a full list of technical requirements, we received our brief one Saturday morning in the form of a full course brunch, where the chef laid out the whole menu to be served in the future bistro. This delicious introduction helped us understand the identity of the food, the importance of its preparation and the complexity of the brunch ritual.
Whilst discussing the food and the ingredients used, from eggs benedict to shakshuka, we conceptualised the project in relation to the menu. The food wasn’t concealing the ingredients, but rather disclosed them openly, so we unveiled the space in a similarly candid way: by stripping down the walls and ceiling, we unveiled the space’s history from underneath decades of plaster. The naked walls revealed memories from times past, with a mixed construction of brick and stone and brick vaults typical of ground floors in 19th-century town structures. The light fixtures are similarly pared back, with nothing but bare bulbs attached to copper wiring, which runs against the ceiling and wall, then disappears in the gap between wooden floor and brick wall.
Custom designed white marble tables reference the traditional French bistro table in the form of a square slab supported by a wireframe of black steel bars. Their small size and shape allow for various arrangements of the seating layout, adapting to individuals, couples or private group setups. The thin black structures are also featured on the food showcase wall in the form of a spatial structure, supporting custom made terracotta bowls and flat plates that redefine generic shelves. Corten steel was used as the systemic addition to the rediscovered brick walls. It frames all the irregularities in the wall openings from the entrance door to the window openings while fully enclosing the lavatories with custom-made partition walls. 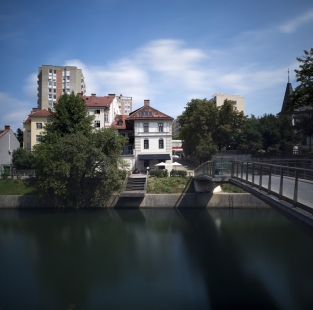 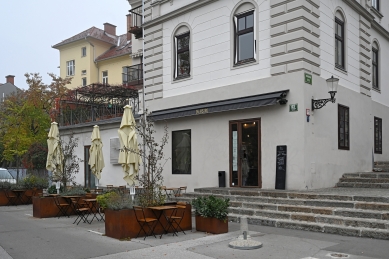 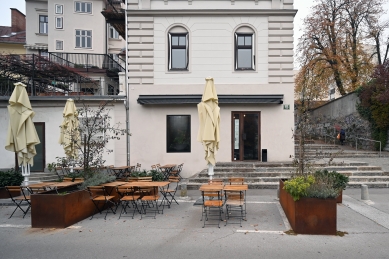 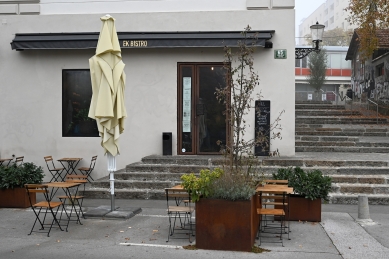 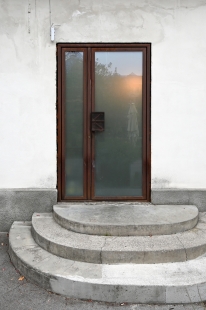 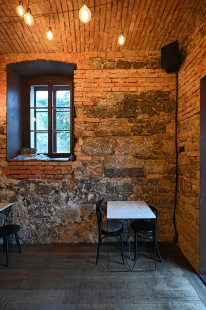 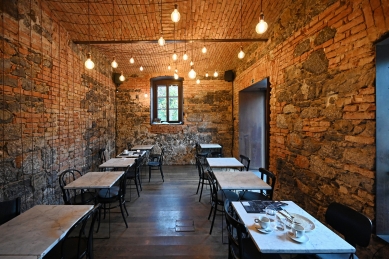 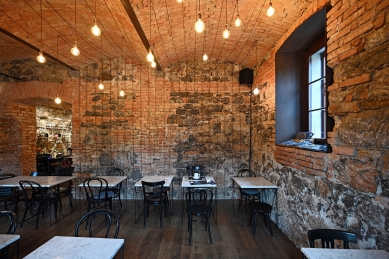 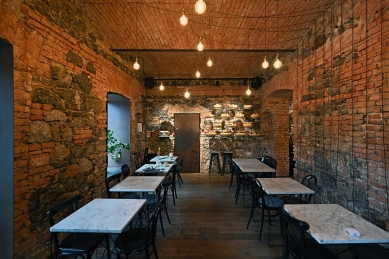 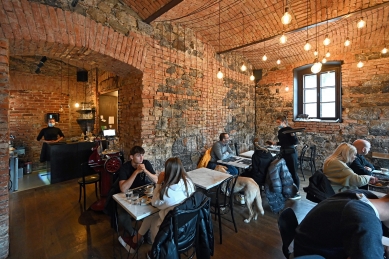 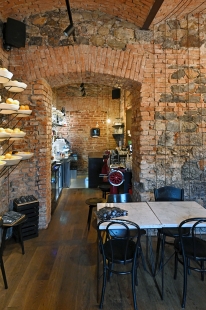 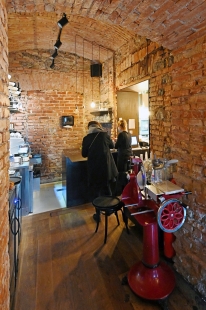 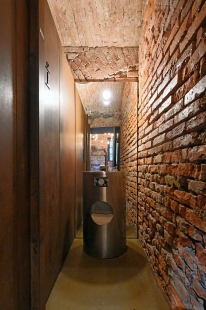 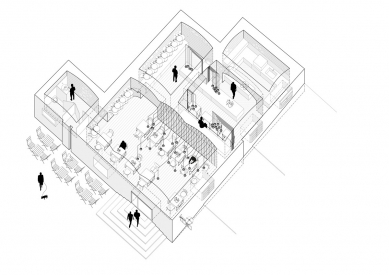 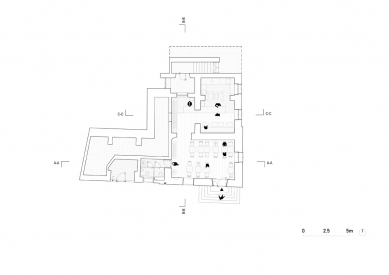 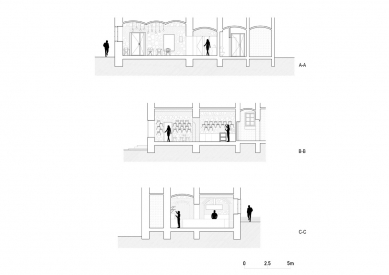