The Anzeiger-Hochhaus in Hanover was designed by Fritz Hoeger, it’s 51m high and was built from 1927 to 1928 near the Stone Gate Square. With its 12m tall, green roof dome, it is a landmark of the city and was one of the first skyscrapers in Germany. Anzeiger-Hochhaus was one of the few high-rise buildings in the center of Hanover that survived the bombing of the city during the Second World War.
The steel frame is covered with dark red and partly gold brick on the façade. The dome features copper cladding which is unique in the German high-rise construction. Originally, there was a planetarium in the dome, however after World War I, a movie theater was established. The façade is made with decorative elements in an expressionistic form in the details. There is an emphasis on the vertical structure of the wedge-shaped, protruding wall. This is reinforced at night by vertical tube lights that belonged to the pre-war equipment. The building is a classic example of Brick Expressionism.
The Anzeiger-Hochhaus was built as a ten-storey high-rise, for the publisher Madsack, the editor of Hannover Allgemeine Zeitung (HAZ) and the New Press. In 1962 there were 800 employees in the house working for the press.
Today the building has the Higher Education Information System (HIS) and the Hannoversche Allgemeine Zeitung is represented in the building with its City editorial. In addition, since September, the new weekly magazine "Sunday" for iPads and other tablet computers has been produced for the media Madsack Anzeiger-Hochhaus. The building is also part of the media center in Hannover. Companies such as RTL and Sat.1 local editorial and ffn and Hitradio antenna have housed departments. The New Press is located in the adjacent building of Alessandro Mendini. Under the green, highly visible dome of the Anzeiger-Hochhaus building is the tower-air theater which is the highest cinema in Germany. On the ground floor of the skyscraper, the established media company Madsack has their training rooms and a showroom, which is used among other things to showcase new products for tablet computers. These spaces have an interesting ceiling design with lighting and decor elements, which the architect Fritz Hoger called the "Högersche eye". 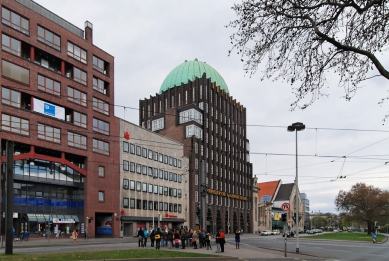 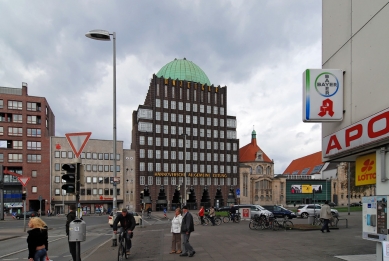 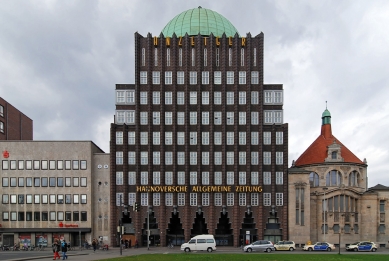 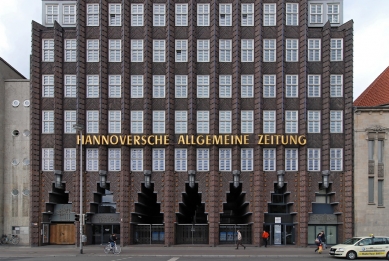 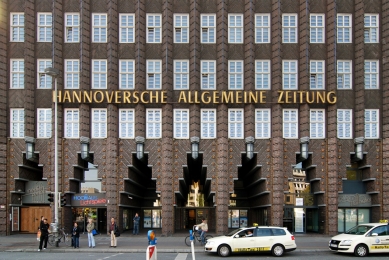 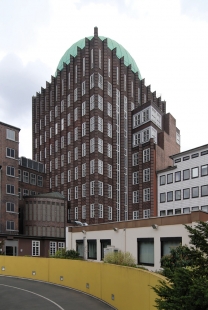 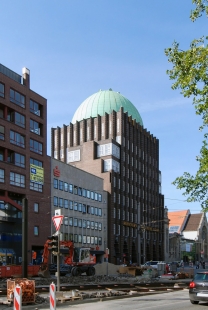 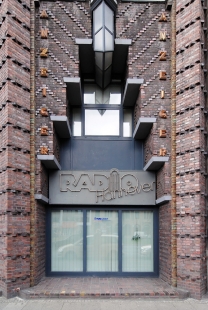 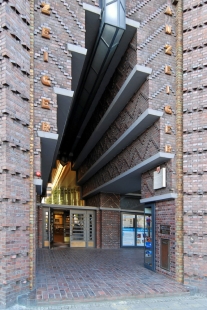 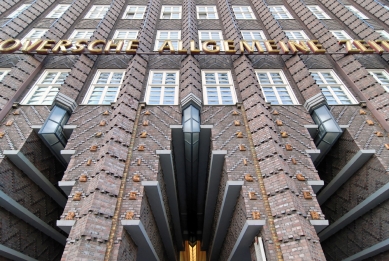 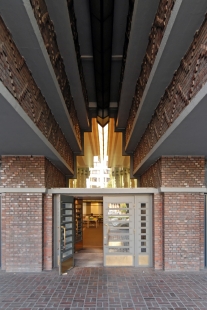 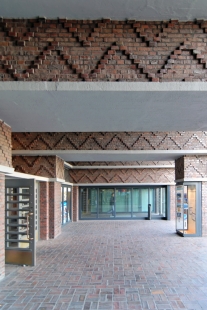 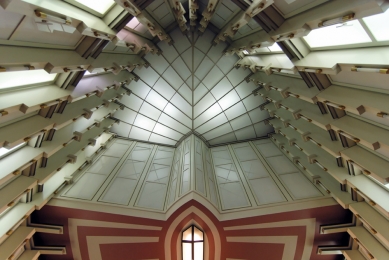 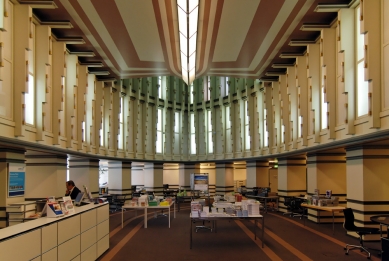 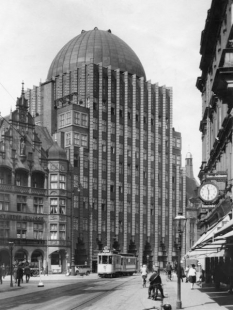