Collaboration: Sabine Schumann
Landscape architecture: Walter Rossow
The Town Planning and later president of the Academy of Arts Düttmann Werner won the American industrialist Henry H. Reichhold (1901-1989), a native of Berlin, the late 50s for the idea of a new building for the Academy of Arts. The badly damaged building of the Prussian Academy has been used since 1950 by the German Academy of Arts (later East Germany). Thus, the Academy of Arts was founded in 1954 in West Berlin. The space program was established by the Academy of Arts, as it should correspond with the work and program of events. This prompted Werner Düttmann not shape to the house as a closed structure, but to be divided into three components, the different shapes give the specific nature of their content expression: exhibition halls, theater, studio and apartment building with studios, club rooms, bar, and offices.
F  irst the highly defined, covered with white marble pebbles, road and thus the public facing, exhibition cube with entrance hall, foyer and garden courtyard on the ground floor and the developed over the grand staircase three exhibition halls on the first floor, which is grouped around a sculpture court (grass garden) and an area of have 2000 square meters. Second the roof with copper sheet "tent" of the studio, with its oblique, reaching to the ground and roofs. Third the audience extracted, lying at the edge of the park, five-storey building for the internal workings of the Academy of Arts, conference and study rooms, library, workshops and administrative offices. Because of its plaster color, "Blue House". The three areas are interconnected by glass corridors and foyers. The whole ensemble is a historical monument since 1995. 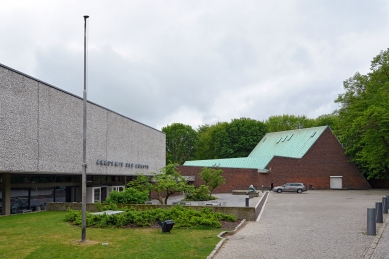 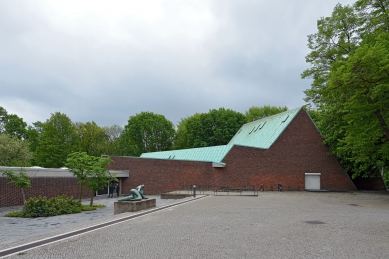 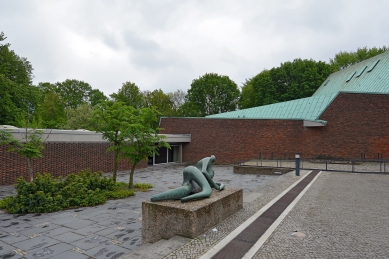 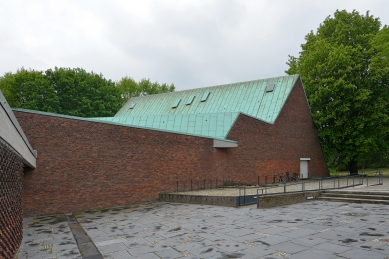 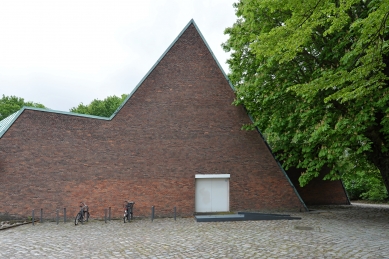 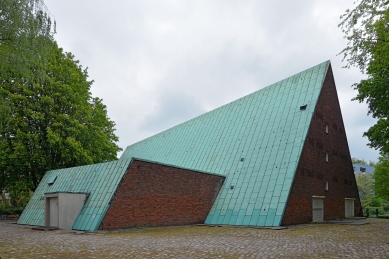 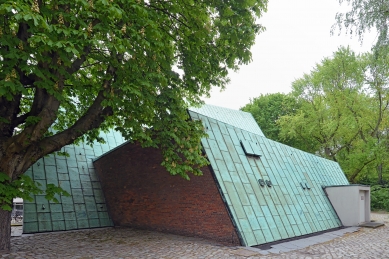 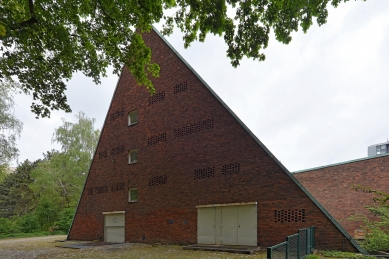 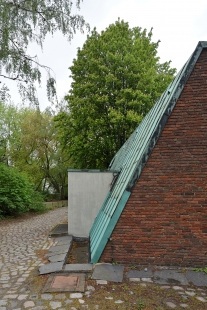 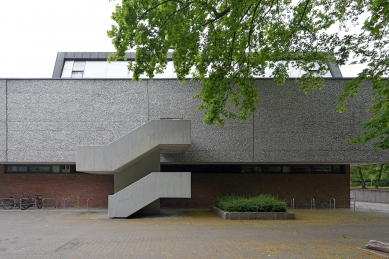 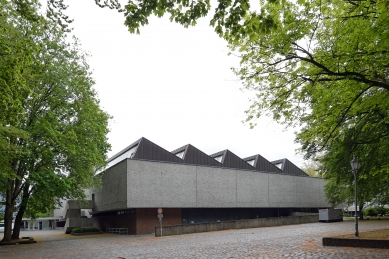 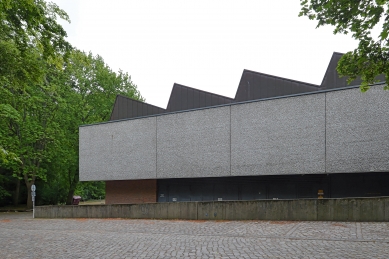 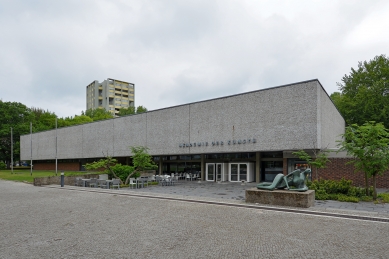 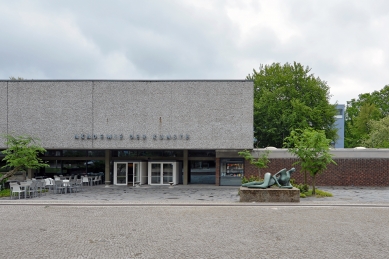 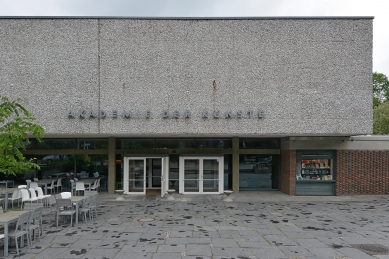 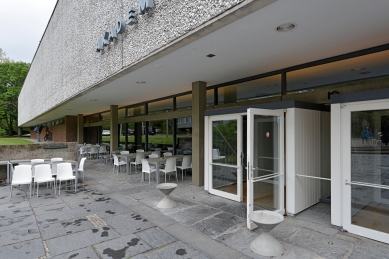 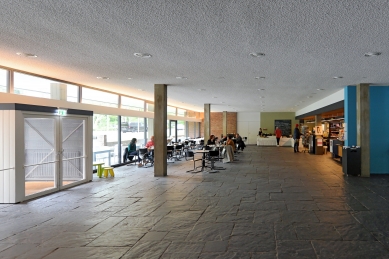 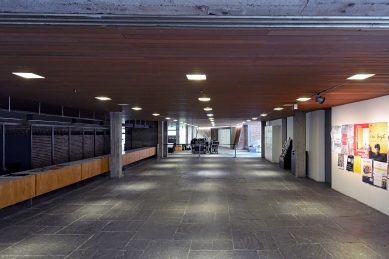 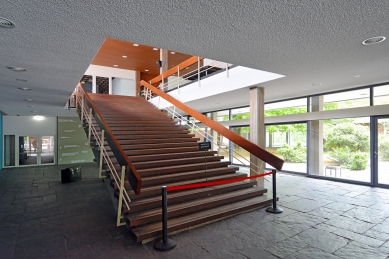 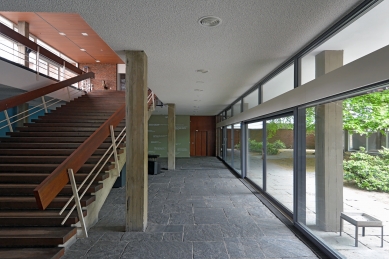 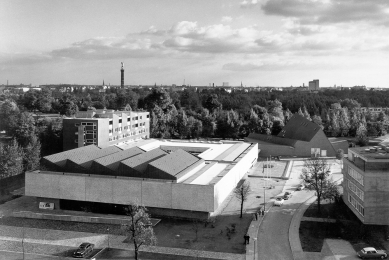 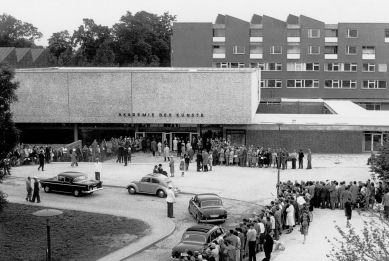 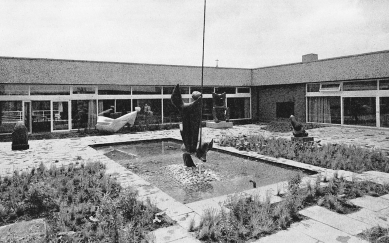 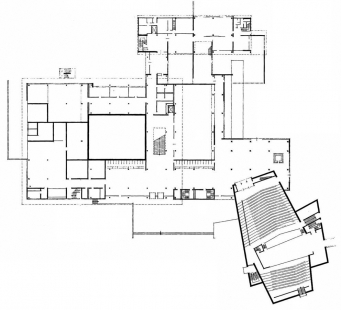 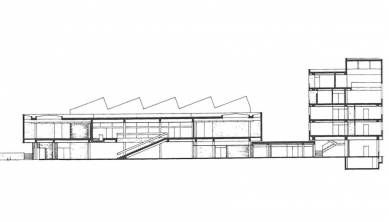 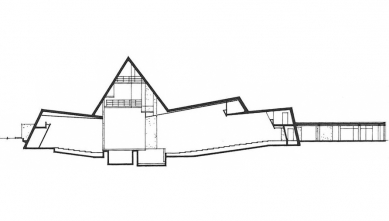 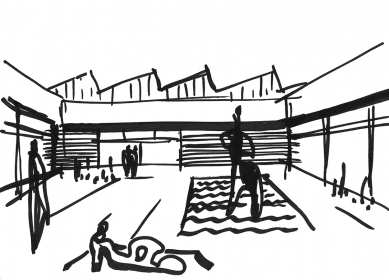